Nobody understands Thirsty Thurston, the Flagston’s next-door-neighbor, better than his wife Irma.

Irma has put up with him for almost sixty years. She made her first appearance in the strip in 1963.

To learn about her early history check out this previous post.

Thirsty is a committed male chauvinist and Irma waits on him while he lounges in the back yard. She does all of the household chores, including raking the leaves and mowing the lawn.

In this memorable spring cleaing episode from 2012 she decides it’s time to knock the air out of her slothful husband. 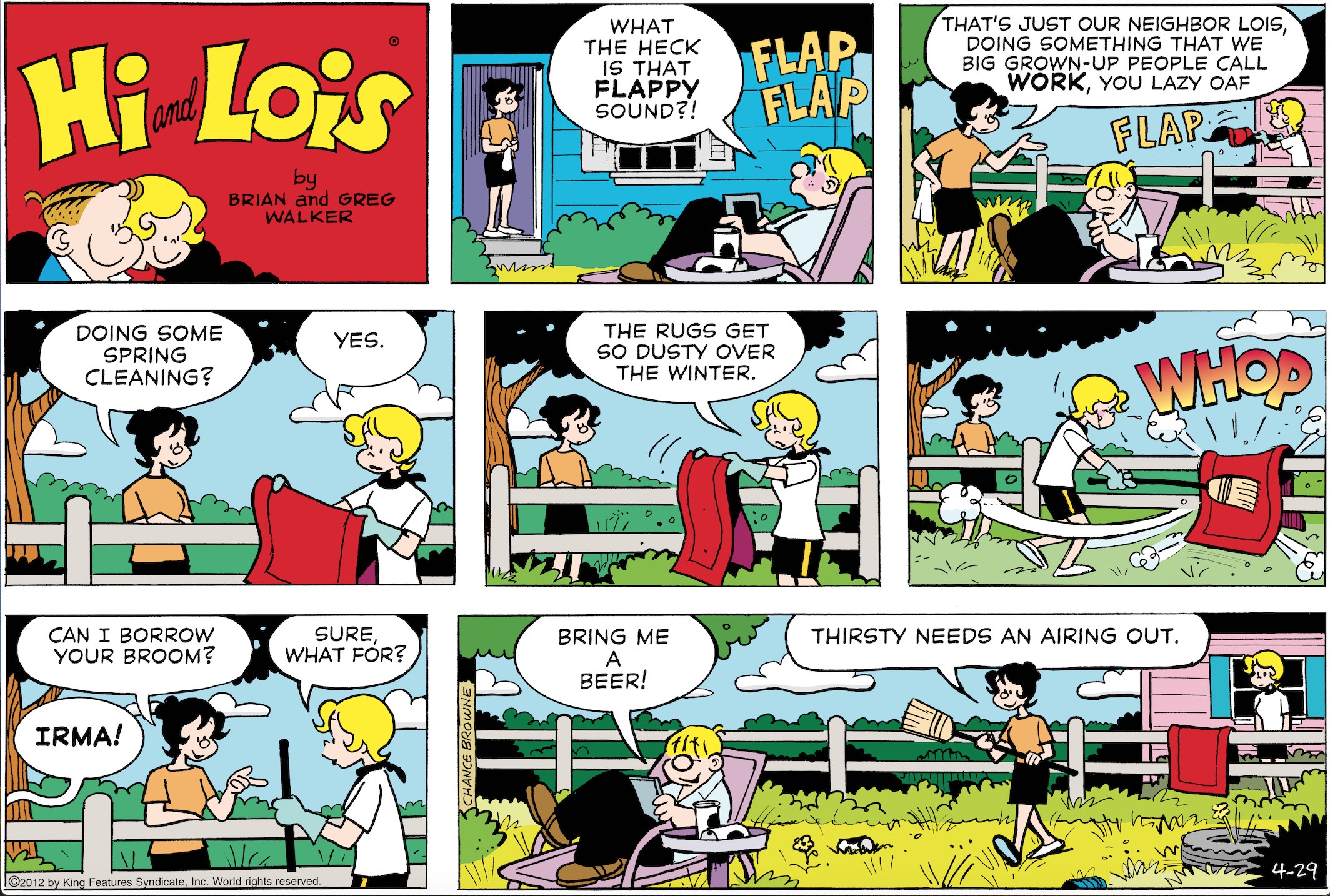 Thirsty is also a dedicated couch potato who loves watching football and other sports on TV. Irma fights back in this Sunday page from 2008 by joing the “Football Widows of America.” 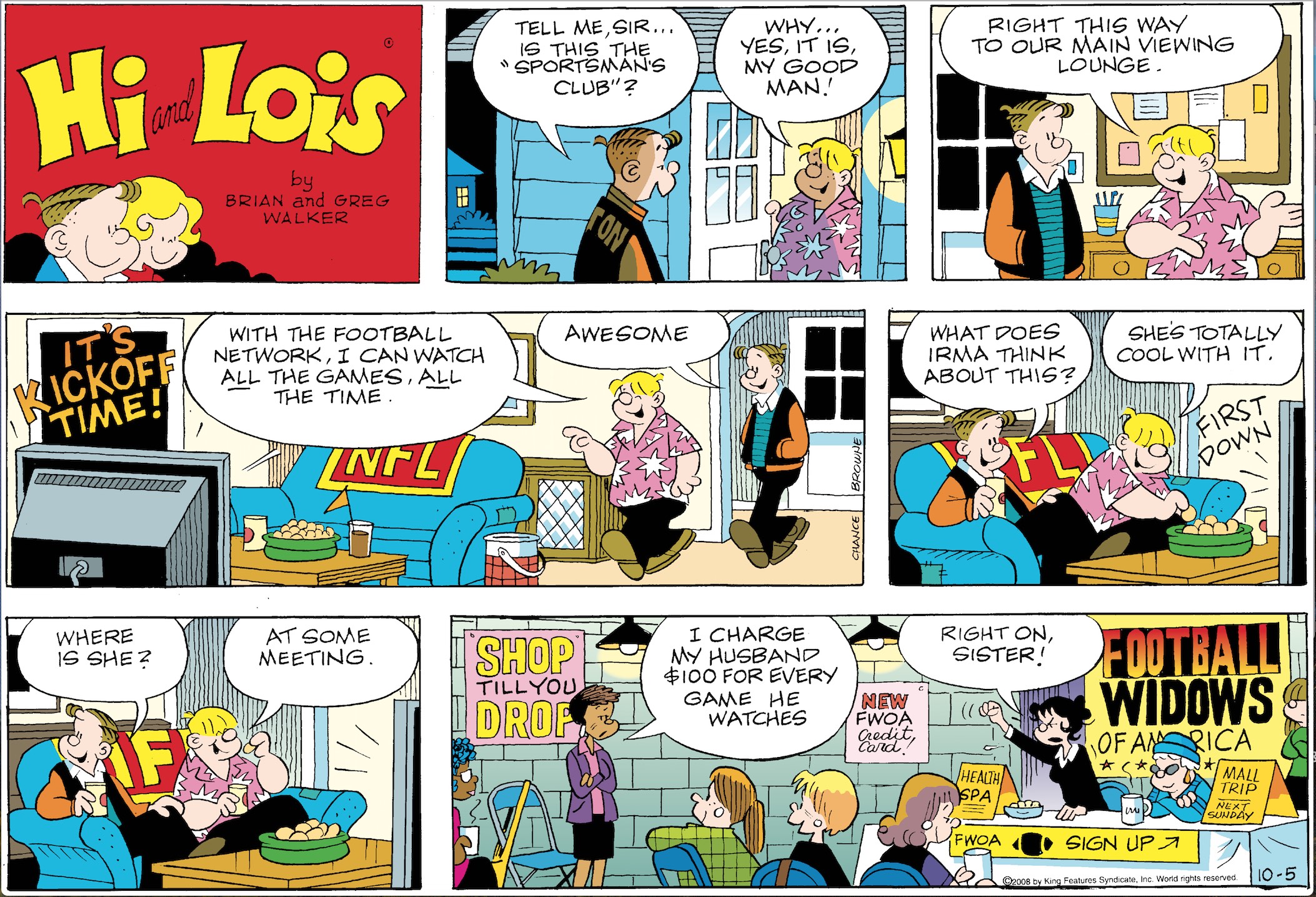 The battle of the sexes between Irma and Thirsty will never end.