When Mort Walker attended the University of Missouri in the 1940s, the favorite campus hangout was The Shack.

For a complete history of The Shack go to this previous post:

In the 1990s, The University of Missouri, approached Mort to do a sculpture of Beetle Bailey for the campus. He designed Beetle sitting in a booth at the Shack. His son Neal made the clay model and the casting was done in Bridgeport, Connecticut.

The unveiling of the sculpture took place during Homecoming on October 23, 1992. There was a parade that ended at the sculpture. Speeches were made, pictures were taken, and it became one of the most photographed spots on campus. 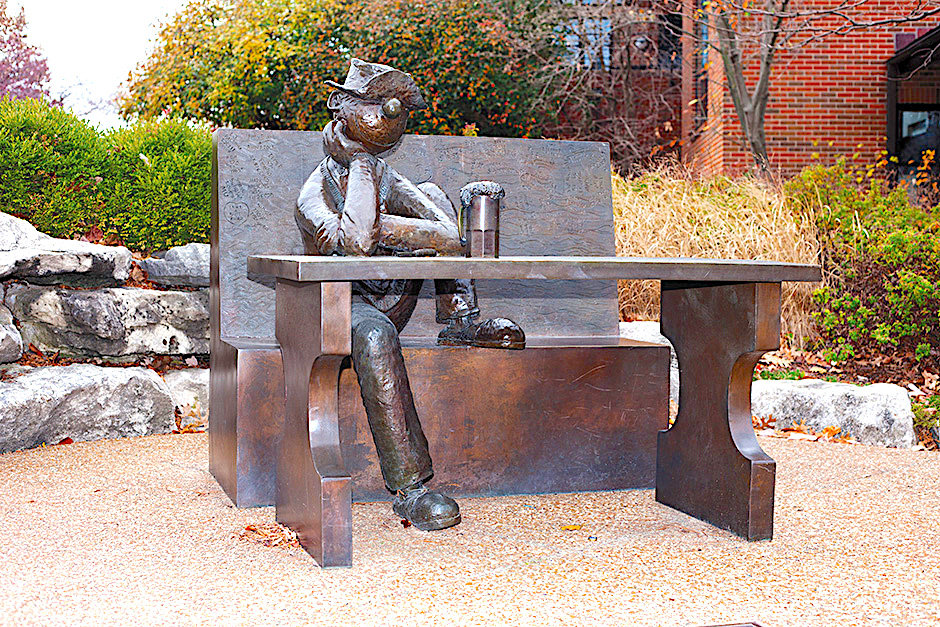 The statue was relocated to a spot outside the Reynolds Alumni building on June 4, 1999 that was near the original location of The Shack.

We will continue to feature episodes from the 1980s in the coming weeks, so be sure to stay tooned.