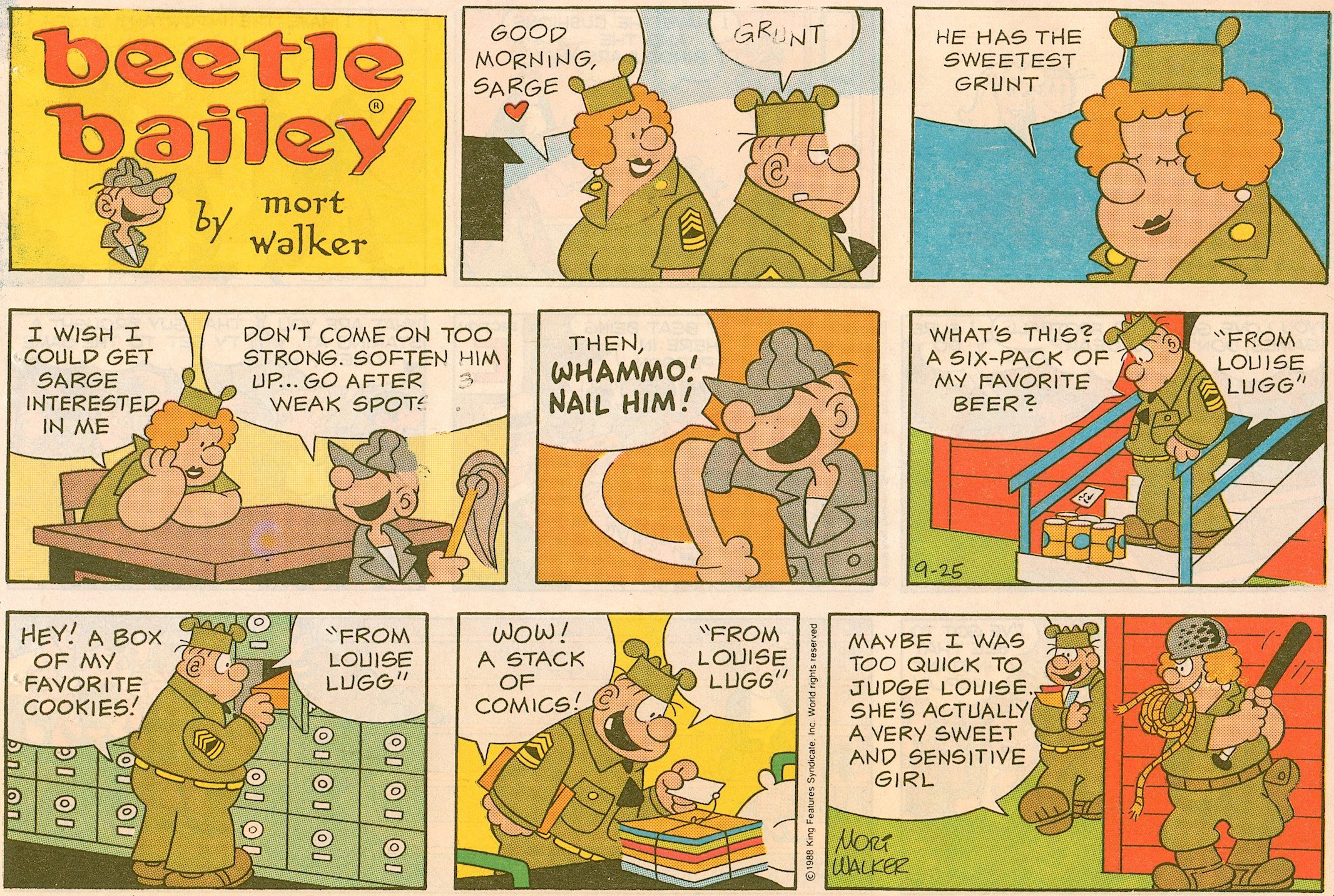 Beetle Bailey has one of the largest casts of any comic strip, In the early days, Mort Walker would often add a new character every year. Some of these became permanent fixtures, others were eventually dropped.

In later years, new characters came much less frequently. Mort created a female counterpart to Sarge, Sgt. Louise Lugg, who made her first appearance on May 26, 1986. 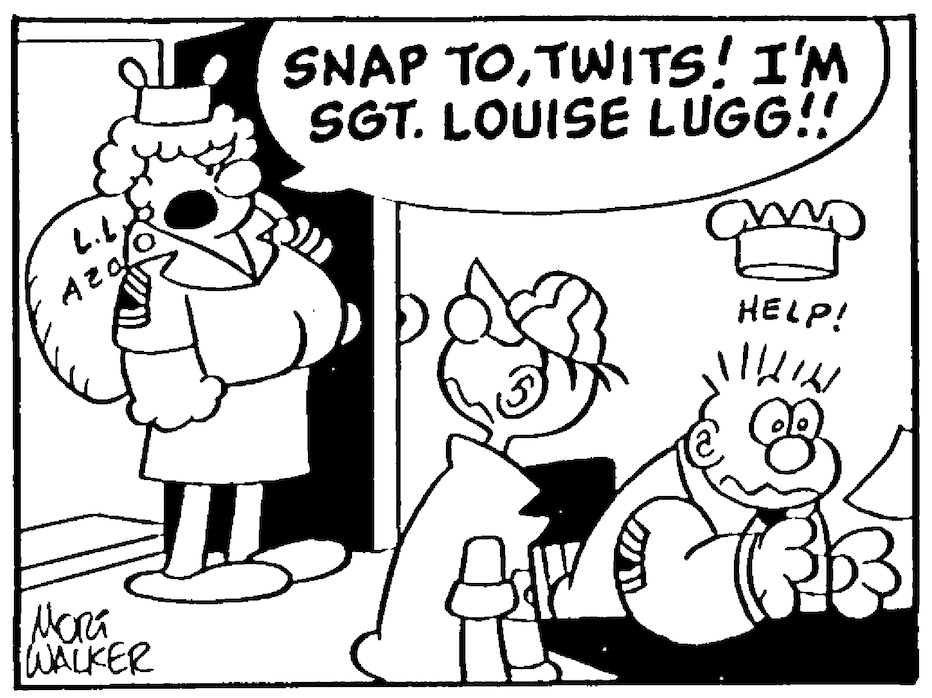 To see the entire week of Lugg’s debut go to this previous post:

The Sunday page above is from two years later.

Lugg, who continues to be a regular member of the cast, is endlessly dropping hints to Sarge about marriage. Here is an example from 2006.

Sarge and Lugg are sharing a drink in this surreal, metacomic from 2009.

Next week we will continue our journey through the 1980s, so stay tooned.