A Bodacious Comic Strip Crossover From 2005 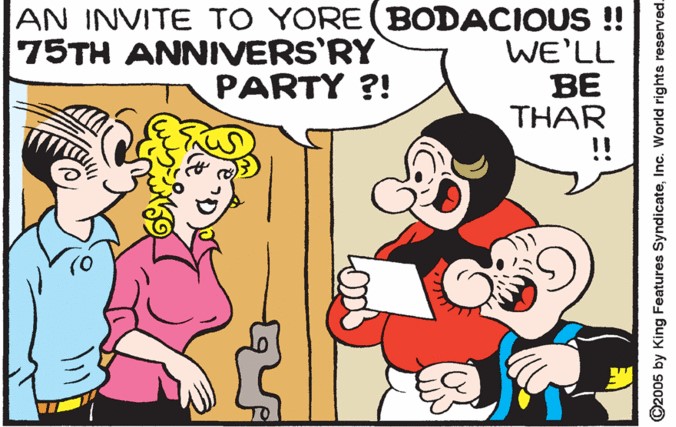 That fun blog post reminded me of one of the greatest comic strip crossovers in which I was honored to participate.  It was for Dagwood and Blondie’s 75th anniversary in 2005. Snuffy and Loweezy were among many other comic strip characters that were invited to help them celebrate. Throughout the month of August, comic strip cartoonists everywhere included Blondie and Dagwood in their own comic strips.  The Bumsteads were depicted giving their characters an invitation to the big 75th Anniversary Party.

Snuffy and Loweezy get their invitation in our Barney Google and Snuffy Smith comic strip from August 29, 2005.

Then on September 4th, in the Blondie comic strip, the Bumsteads were joined by all their comic strip friends who had gotten an invitation to their 75th Anniversary Party!  It was a real hootin’ holler!