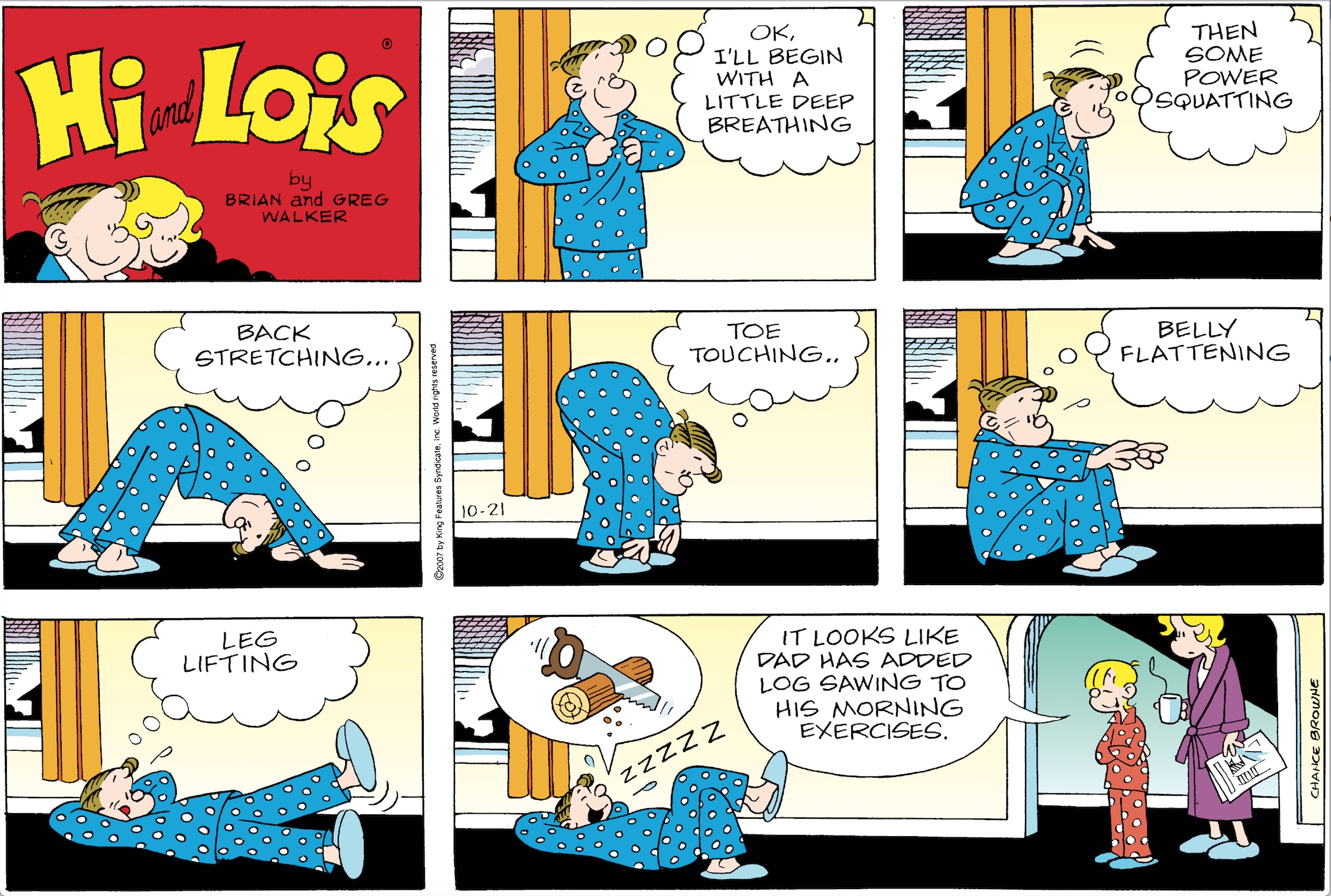 Cartoonists combine words and pictures to make observations, state opinions, tell jokes and share stories.  They also utilize a visual language of lines, symbols and special effects to enhance their compositions and clarify what they want to say.

American newspaper cartoonists developed this graphic language in the early years of the 20thcentury. Rudolph Dirks (The Katzenjammer Kids) pioneered such visual devices as motion lines, stars of pain, footprints, dotted eyesight lines, sweat beads and dust clouds. Frederick Opper (Happy Hooligan) perfected the art of slapstick humor, particularly the “flop,” as his characters were booted or tossed out of the panel frames, flipping head-over heels in the air. Bud Fisher (Mutt and Jeff) popularized many familiar graphic clichés – a log being sawed to denote sleep, a question-mark balloon over a character’s head and the dotted-line stare.

Here is a Felix the Cat Sunday page from 1929 that plays with the "sawing log" cliché. 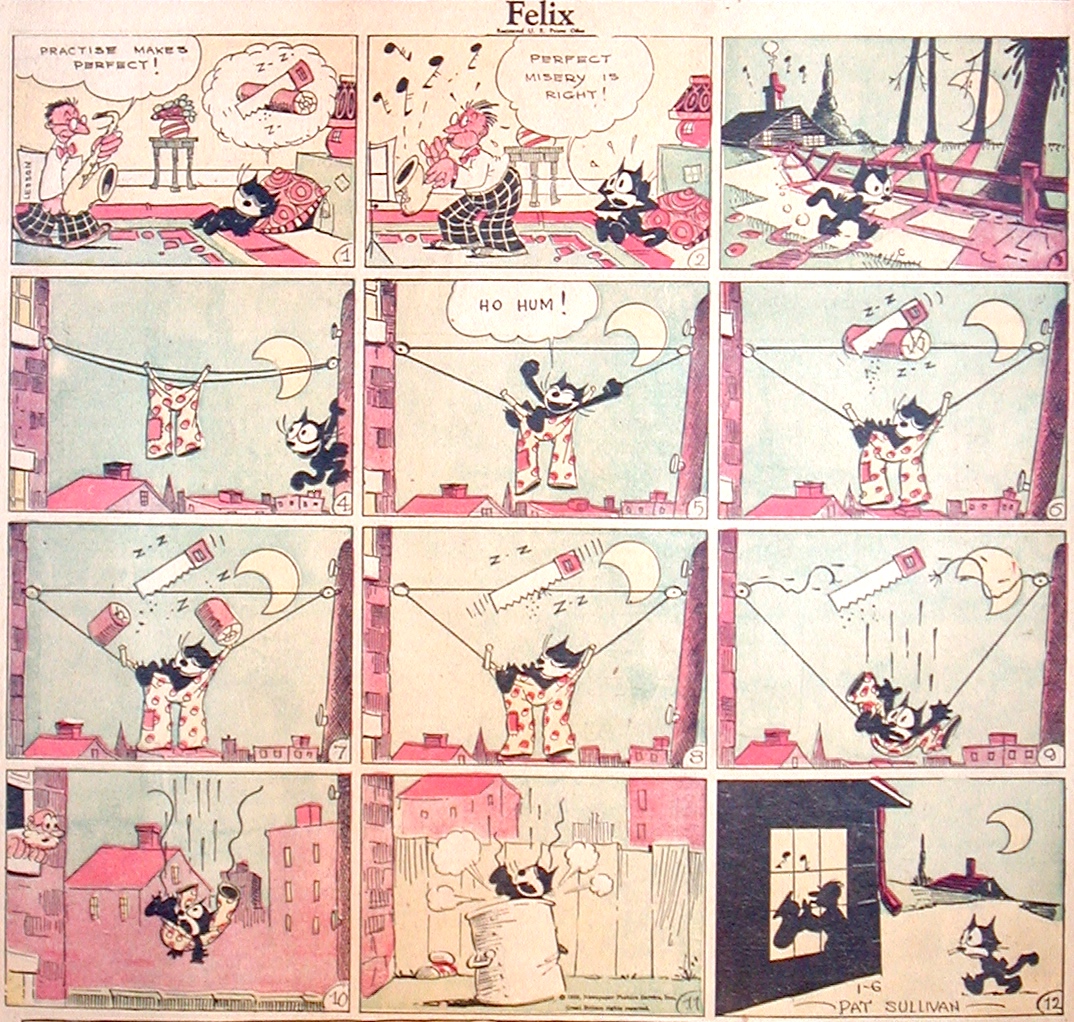 Cartoonists today still use many of the old graphic tricks of their predecessors.  They have also invented new visual devices of their own.  Sawing logs (Sunday page above), light bulbs, sweat drops and hearts still make regular appearances in current comic strips.