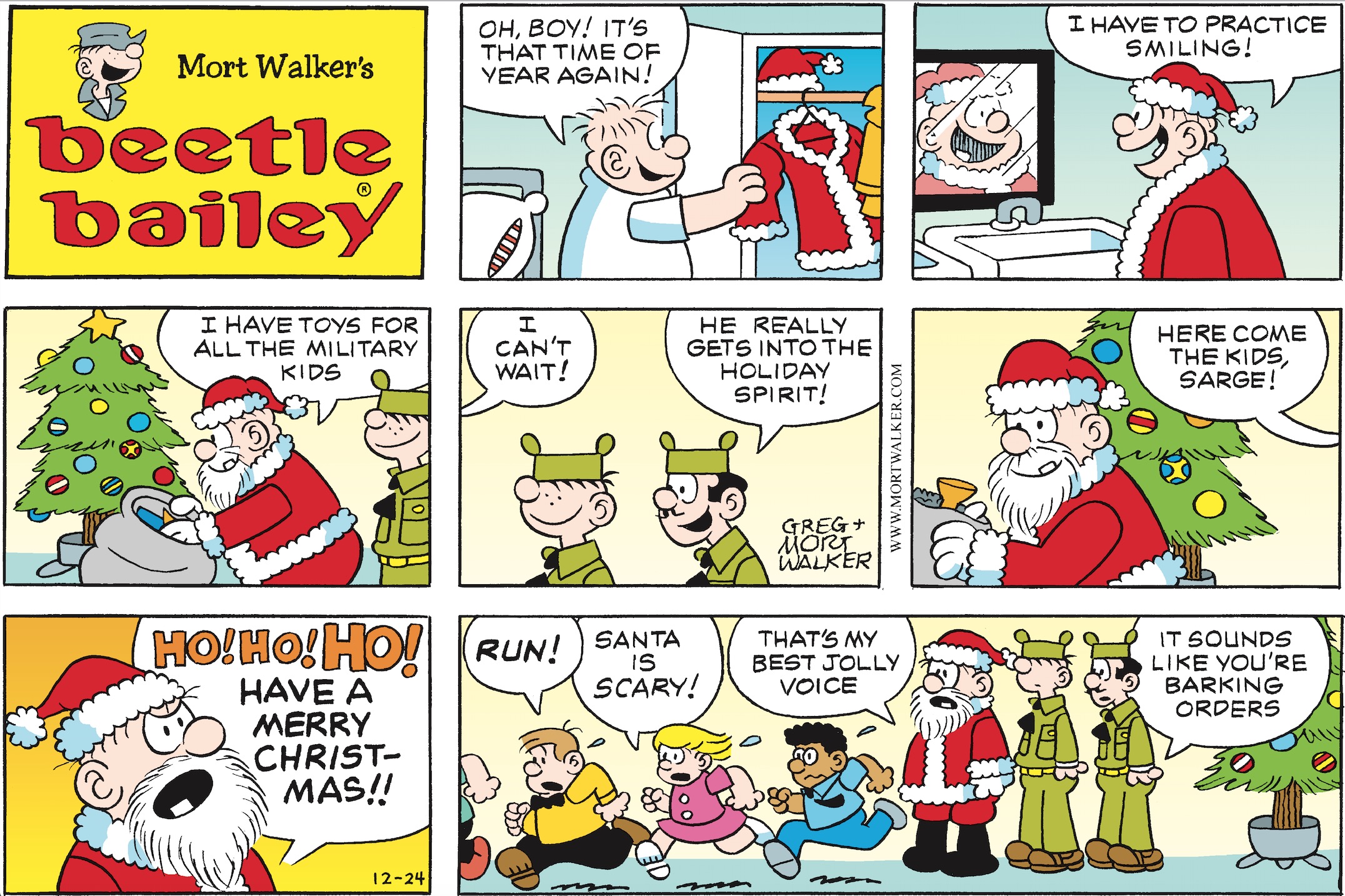 It was fun to imagine Sarge as Santa in this episode. He is usually such a mean, nasty guy. But he does have a softer side and occasionally tries to be a nice. His commanding voice ends up scaring the kids.

Below is a Christmas Sunday page from ten years earlier. After Beetle reminds Sarge that he should be nice for the holidays, he gives Beetle the day off. But there’s a price to pay. 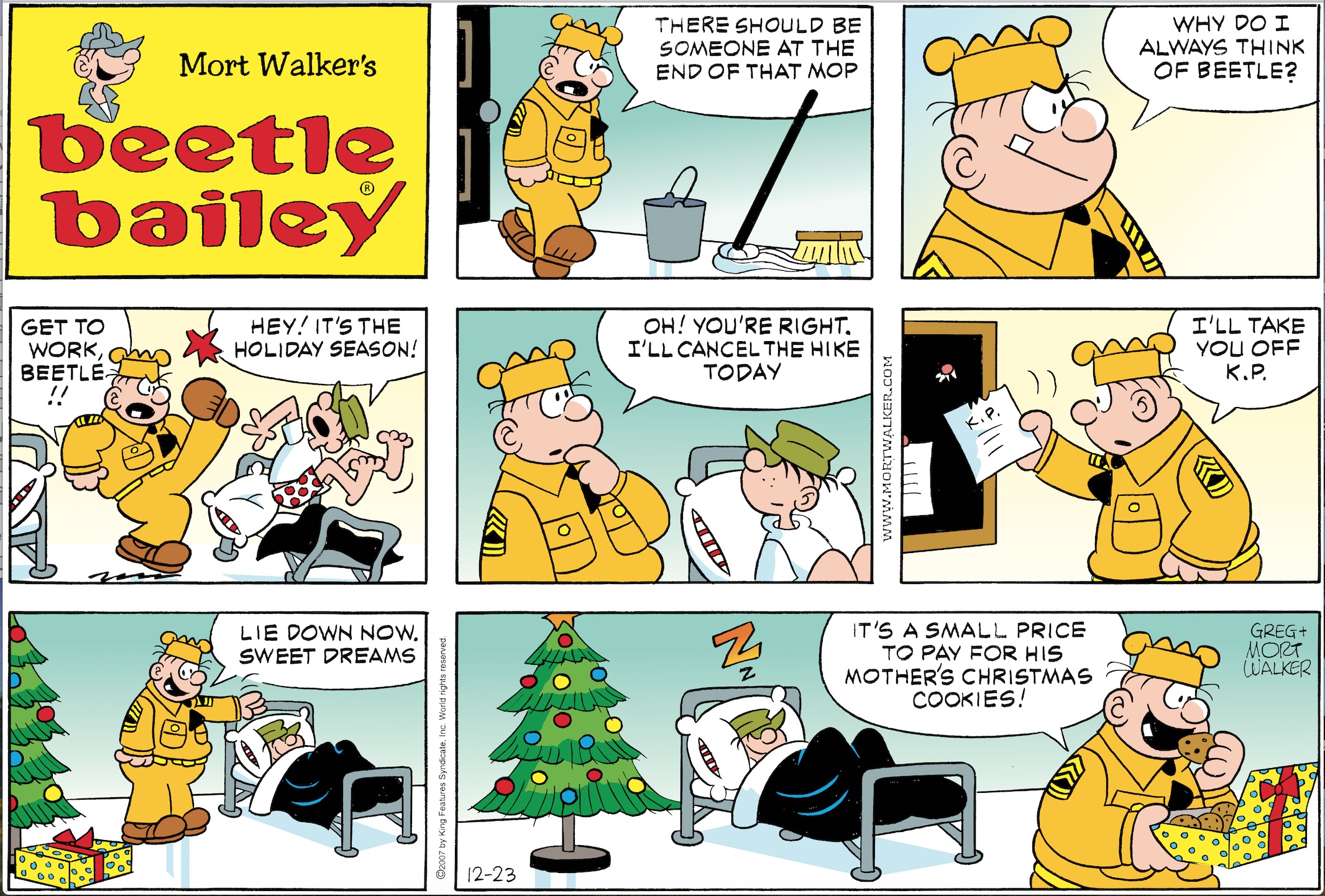 Sarge was inspired by Sergeant Octavian Savou (photo below), a tough-as-nails authoritarian Mort Walker encountered in basic training after he enlisted in the Army in 1942. Savou would yell and scream at his men without mercy. One night Mort and all his buddies had the night off and went into town. When they returned to the barracks, they found notes with poems written on them pinned to their pillows. They were all addressed to “my boys” from Sgt. Savou.

Next week we will have a special Holiday Greeting from the gang at Camp Swampy so be sure to check back.