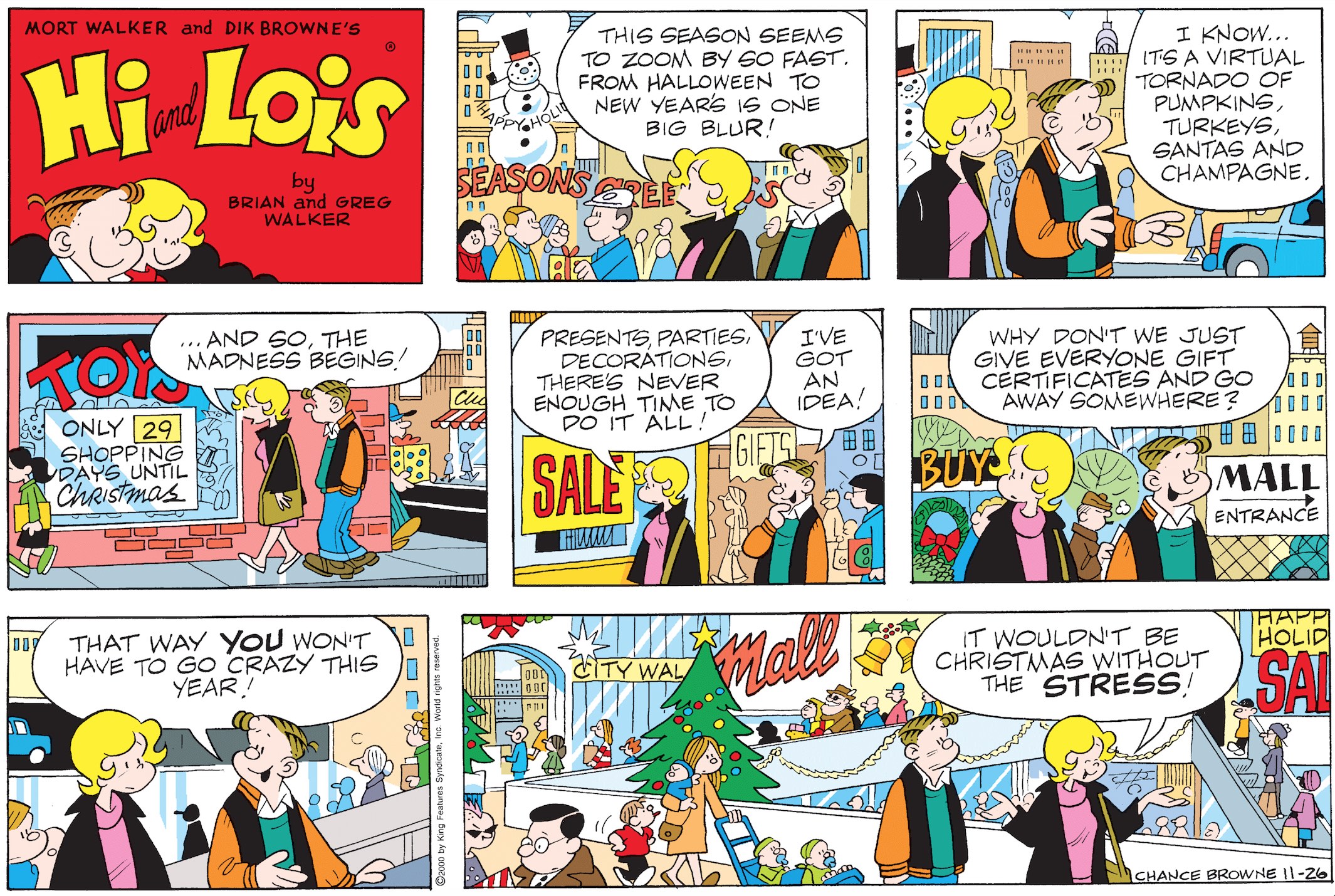 The day after Thanksgiving has marked the beginning of the United States Christmas shopping season since 1952.

The earliest evidence of the phrase “Black Friday” originated in Philadelphia in 1961 where it was used by police to describe the heavy pedestrian and vehicular traffic that would occur on the day after Thanksgiving. As the phrase became more widespread, a popular explanation became that this day represented the point in the year when retailers begin to turn a profit, thus going from being “in the red” to being “in the black.”

Many stores offer highly promoted sales on Black Friday and open very early, such as at midnight, or may even start their sales at some time on Thanksgiving.

“Cyber Monday” is a marketing term for the Monday after the Thanksgiving holiday. It was created by retailers to encourage people to shop online. The term was coined by National Retail Federation and made its debut on November 28, 2005.

The two daily strips below, from 2015 and 2019 show how these two shopping days now compete with each other.

This year, with the Covid 19 health crisis, it is safe to assume that online sales will far surpass retail in-person shopping.