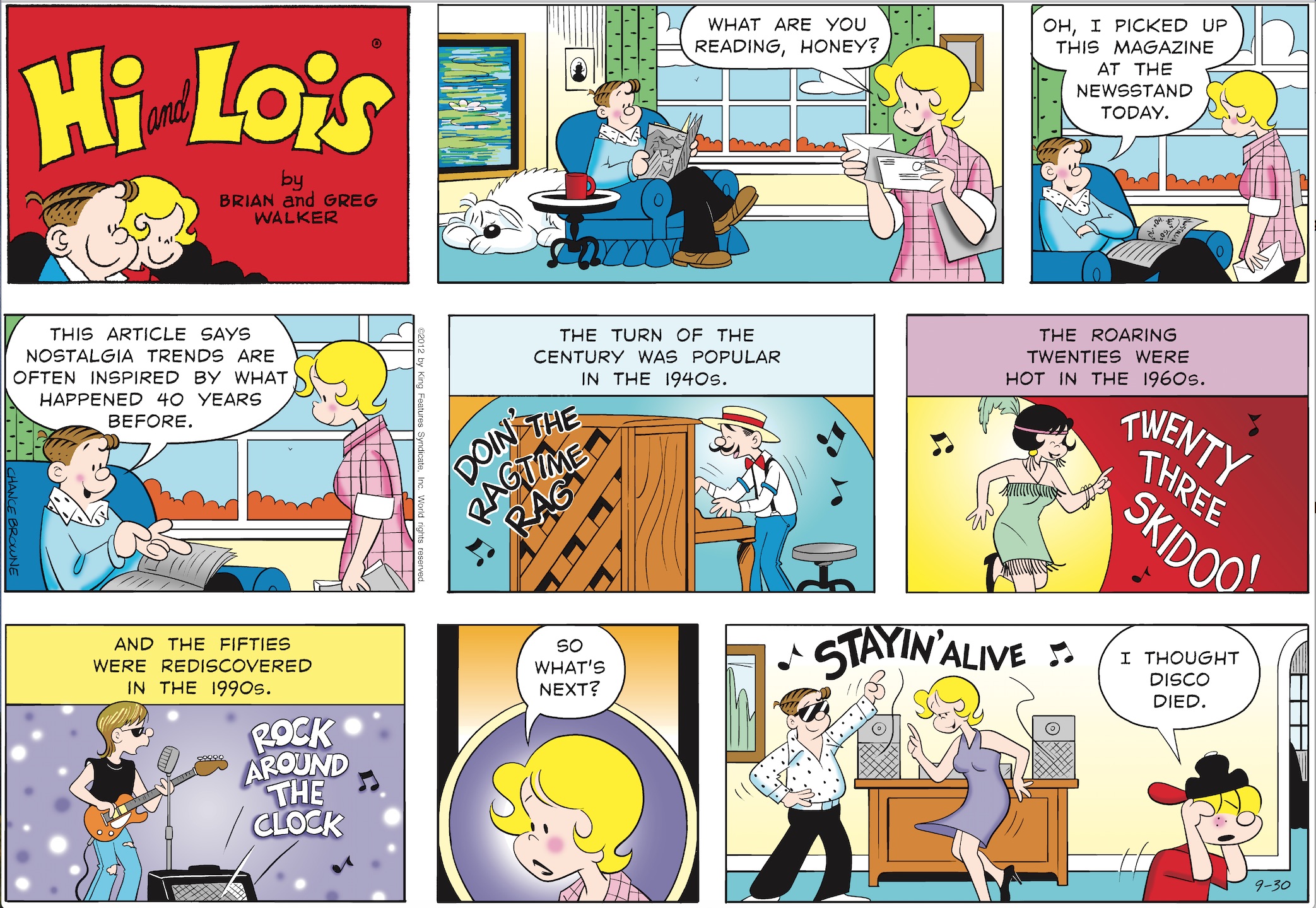 The idea for the Sunday page above came from an article I read in The New Yorker by Adam Gopnik entitled, “The Forty Year Itch.” In reviewing the new season of the TV series, “Mad Men,” Gopnik wrote that, “it seems time to pronounce a rule about American popular culture: the Golden Forty-Year Rule. The prime site of nostalgia is always whatever happened, or is thought to have happened, in the decade between forty and fifty years past.”

Gopnik chronicled how pop culture in the 1940s focused on the early years of the 20th century, the 1950s reflected the era of World War 1 and the 1960s were inspired by events from the Roaring Twenties. The Depresssion was the source of nostalgia in the 1970s, World War II set the tone in the 1980s and the 1950s were relived in the 1990s.

Here is a link to Gopnik’s article: https://www.newyorker.com/magazine/2012/04/23/the-forty-year-itch

Since this Sunday page was published in 2012, I figured the rebirth of disco provided the perfect punchline. The art is by Eric Reaves who began working on the strip full time that year.

Nostalgia for the past has been a recurring theme in Hi and Lois, particularly during the 1960s. Here is an example of a classic Sunday page from 1964, in which Hi remembers his youth during the late 1920s and early 1930s. If you’re wondering how old he was in his disco dancing days above the answer is – time and aging are quite flexible in the comics. 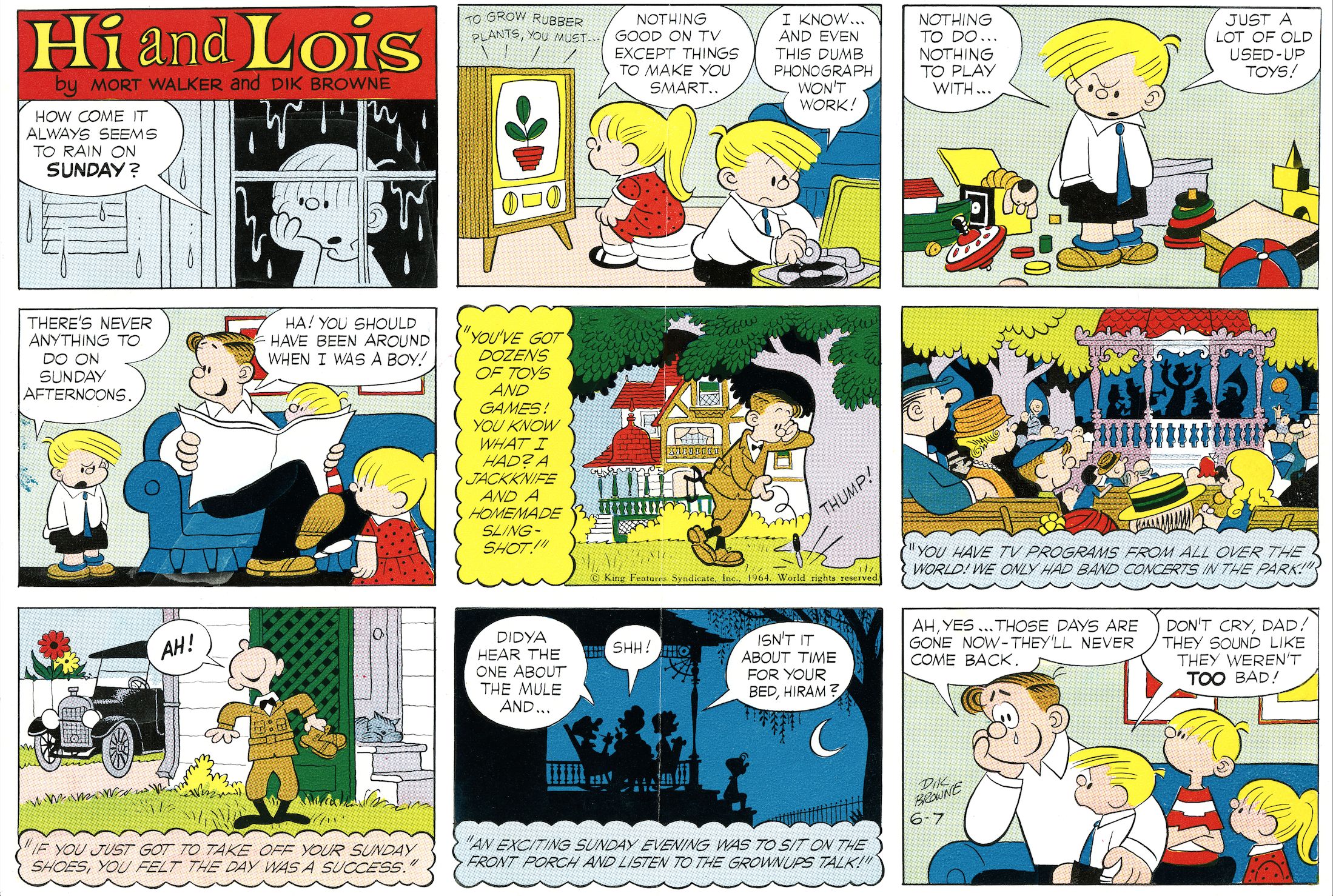 This is the final Timeline installment for 2012, so check back next week for a new series.