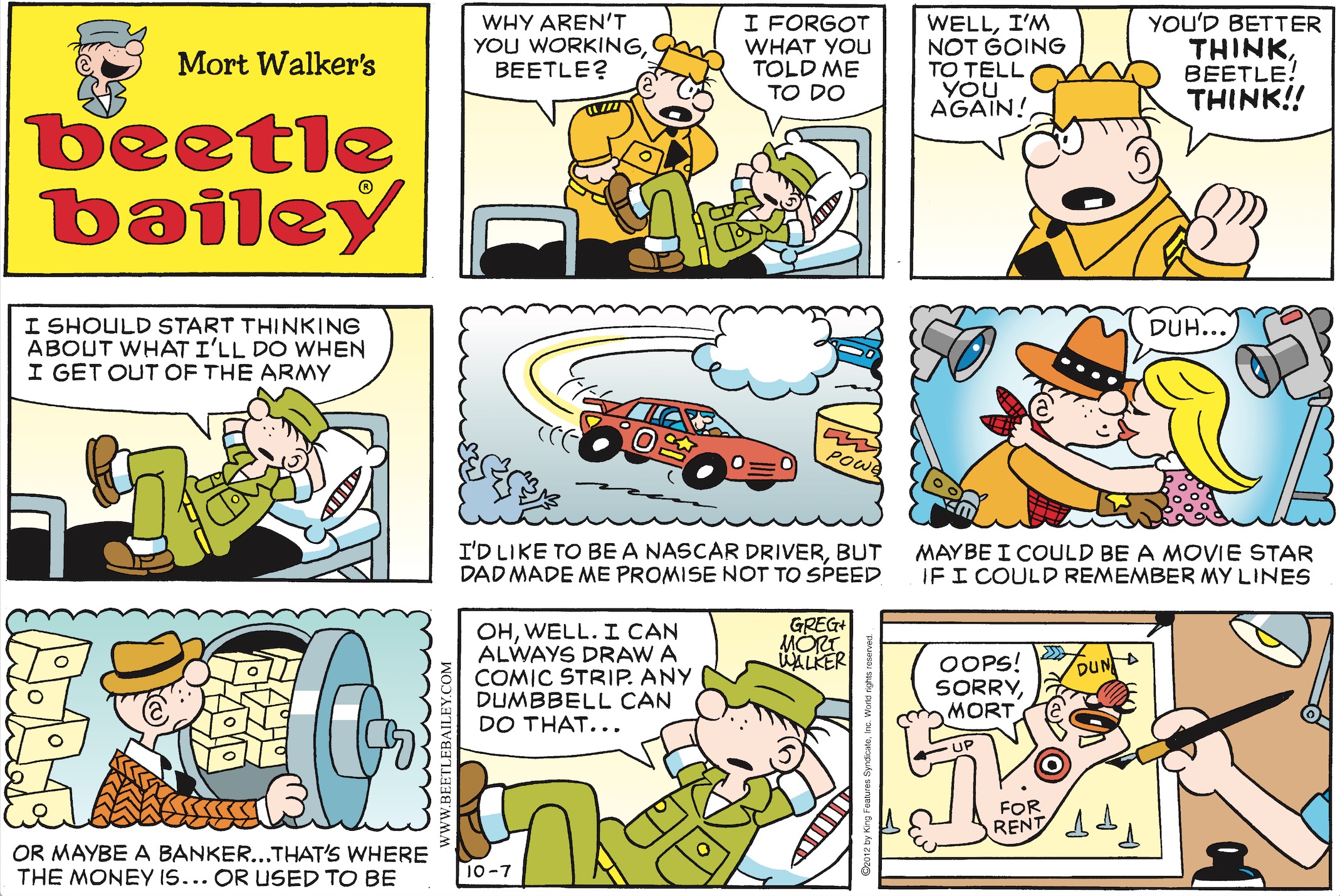 In this Sunday page, Beetle is daydreaming about what he will do when he gets out of the army. He figures he can always draw a comic strip. Mort Walker then retaliates for Beetle’s lack of respect.

This is an example of what cartoon scholars call “metacomics.” In these “comics about comics” the characters become self-aware and comment about life within the panel borders. Characters from other comics make cameo apprearances. And, as in the epidsode above the characters interact with their creators.

Here’s a daily strip from 2005 in which Mort decides to slack off like his lazy private.

In this Sunday page from 1973, Beetle shows what it would look like if he drew the strip. 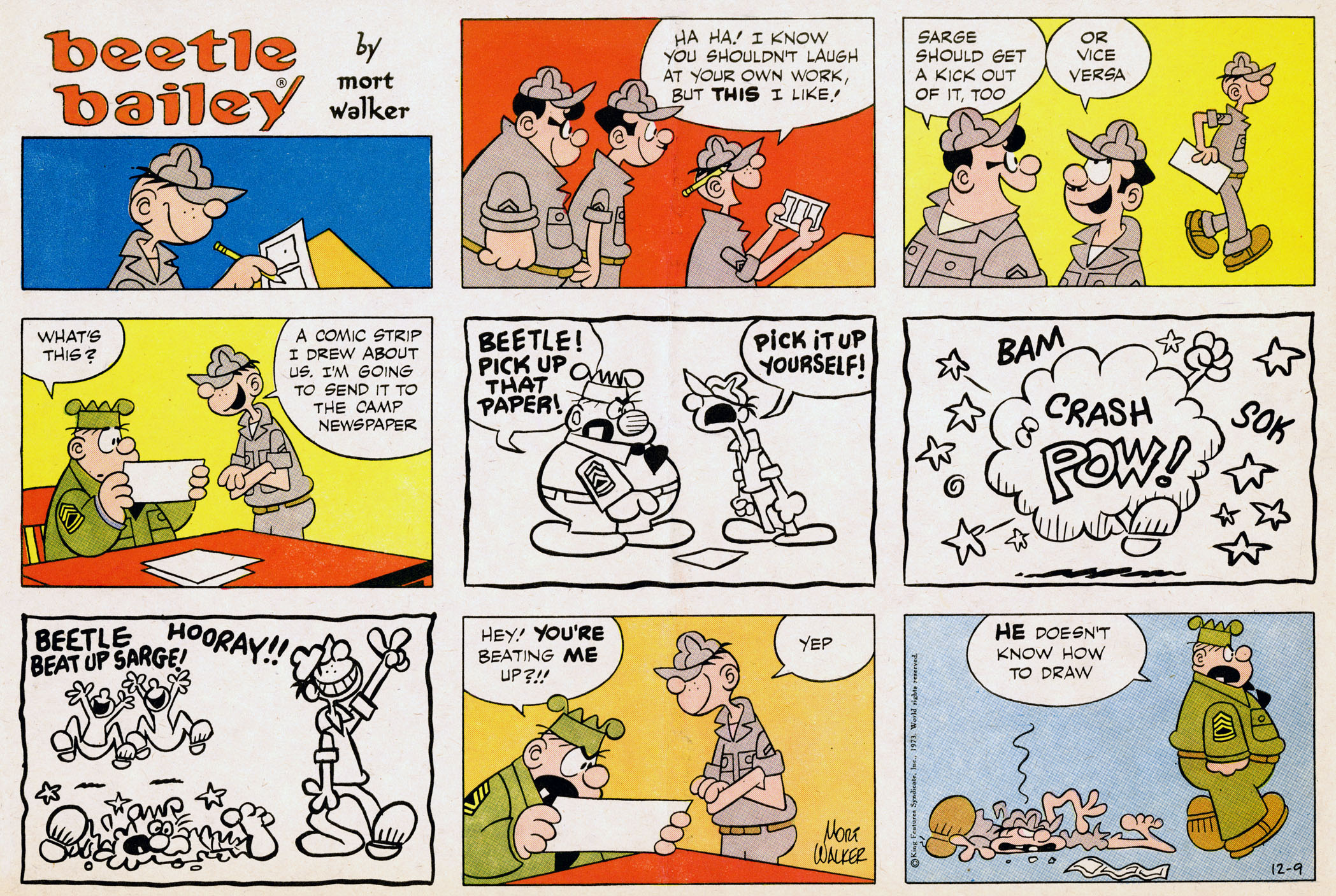 In 1961, Mort Walker and Jerry Dumas took the inside joke to a new level with Sam’s Strip. They played with the basic elements of the cartoon form, experimented with different art styles, and featured characters from other strips. The premise of their offbeat creation was that Sam, with the help of his cartoonist assistant, ran and operated the comic strip they inhabited.

Here’s a link to a previous post with some examples of Sam’s Strip:

We hope you have enjoyed this behind-the-scenes look into the world of cartooning.