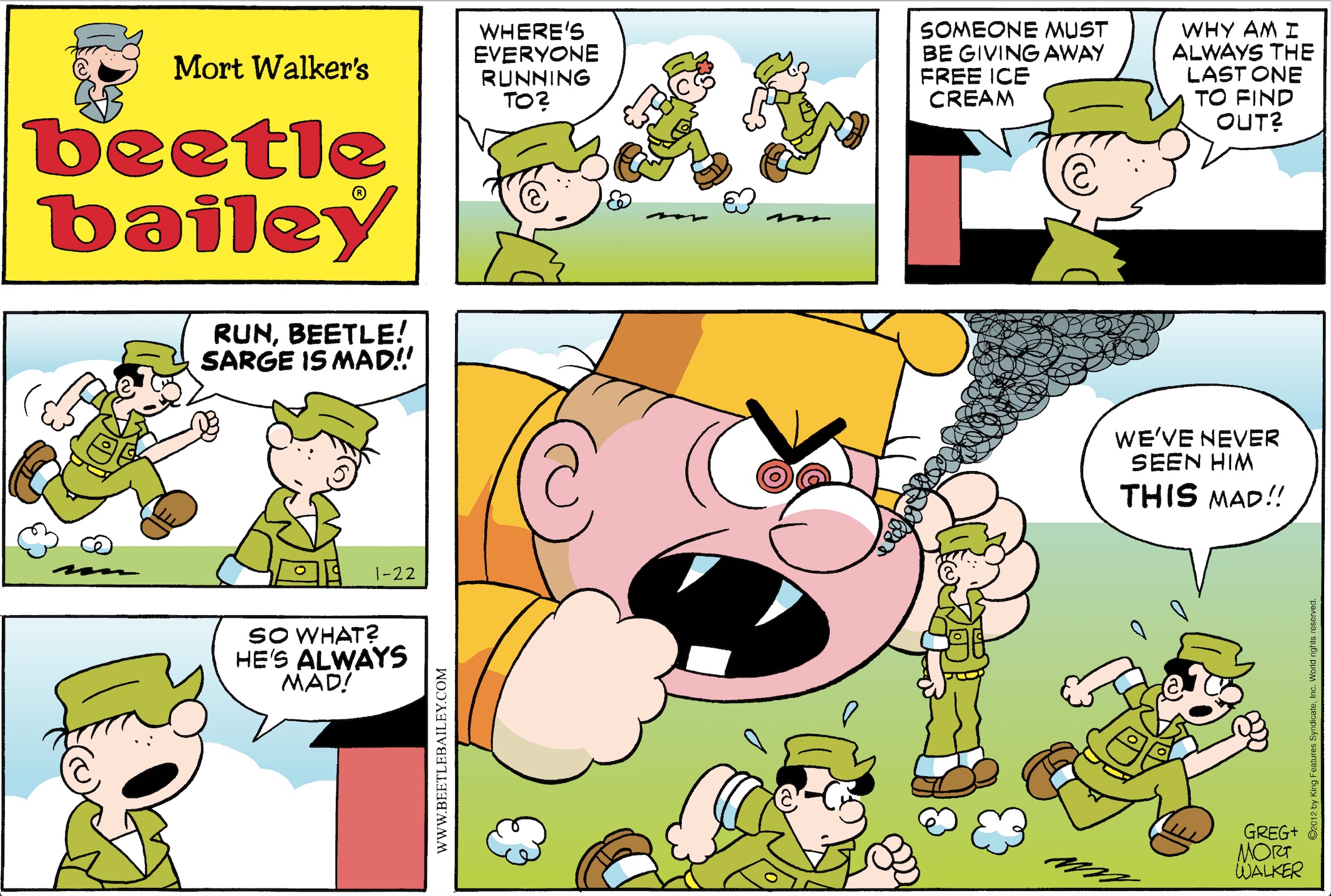 During a trip to St. Louis in 2010, Mort Walker’s assistant Bill Janocha got an idea after seeing how small a selection of vintage Beetle Bailey Sunday pages, celebrating the 60th anniversary of the strip, were printed in the local paper. He thought, “why don’t we try and occasionally offer large panel Sundays, like many other contemporary strips?”

“It took some coordinating with King Features,” Bill remembers, “but I started it off with the first large panel idea (above from January 2012), with a GIANT Sarge yelling and threatening Beetle, while the others ran away.”

“I thought it was cool to ‘modernize’ the Sunday format once in a while, and valid if the idea was appropriate,” Bill continues. “I worked directly with King Features ahead of time to get their approval, as it does affect clients who might choose to stack the strip panels vertically. I don’t know of any problems or losses by doing this.”

According to Bill, “Mort liked the way Zits used large panels and it allowed him to have some fun with a Far Side approach to gag writing, so he exercised this ‘fad’ for a year or two.”

Throughout 2012, there were at least seven more of these large panel Sunday pages. 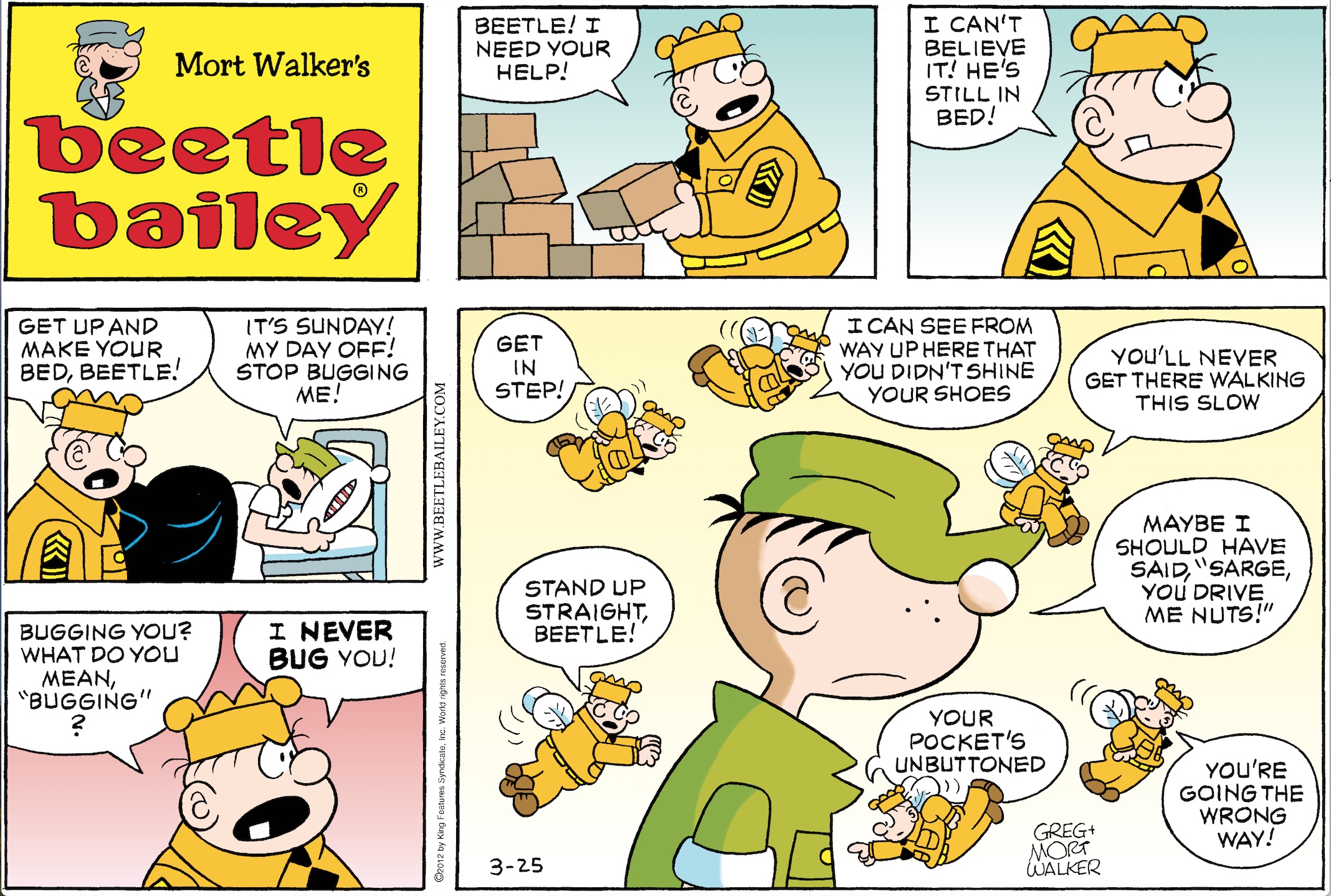 This is another example of how Mort Walker and his staff maintained the success of Beetle Bailey by continuing to experiment with innovative graphics and compelling characters.