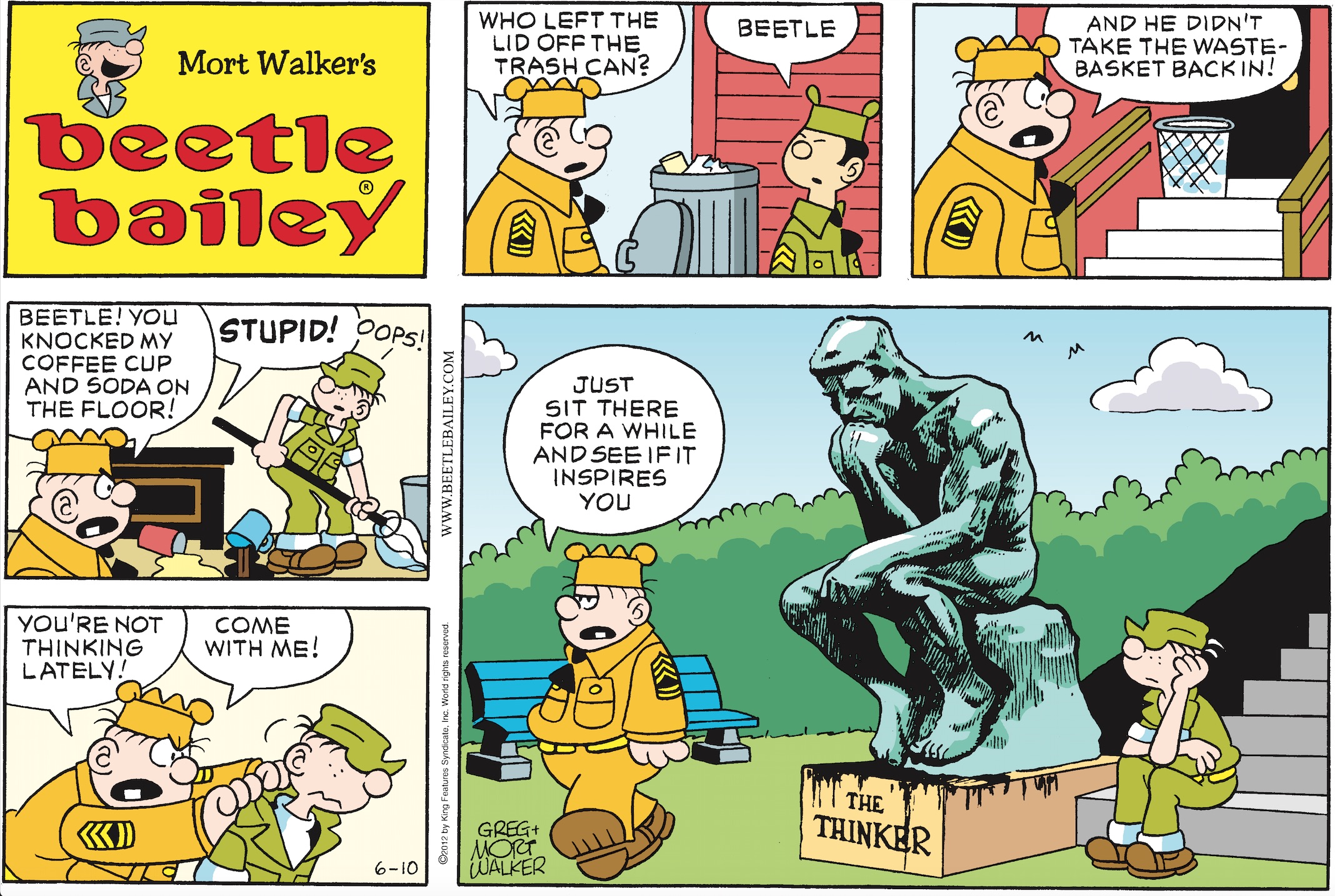 The Sunday page above features a drawing of Auguste Rodin’s famous sculpture, “The Thinker.”

Initially titled “The Poet” it was commissioned in 1880 as part of an assemblage of figures based on Dante Alighieri’s “The Divine Comedy,” and was designed to surround the “Gates of Hell” doorway in a planned Decorative Arts Museum in Paris. He worked on it for over 37 years.  One casting is currently on display at the Rodin Museum in Philadelphia. 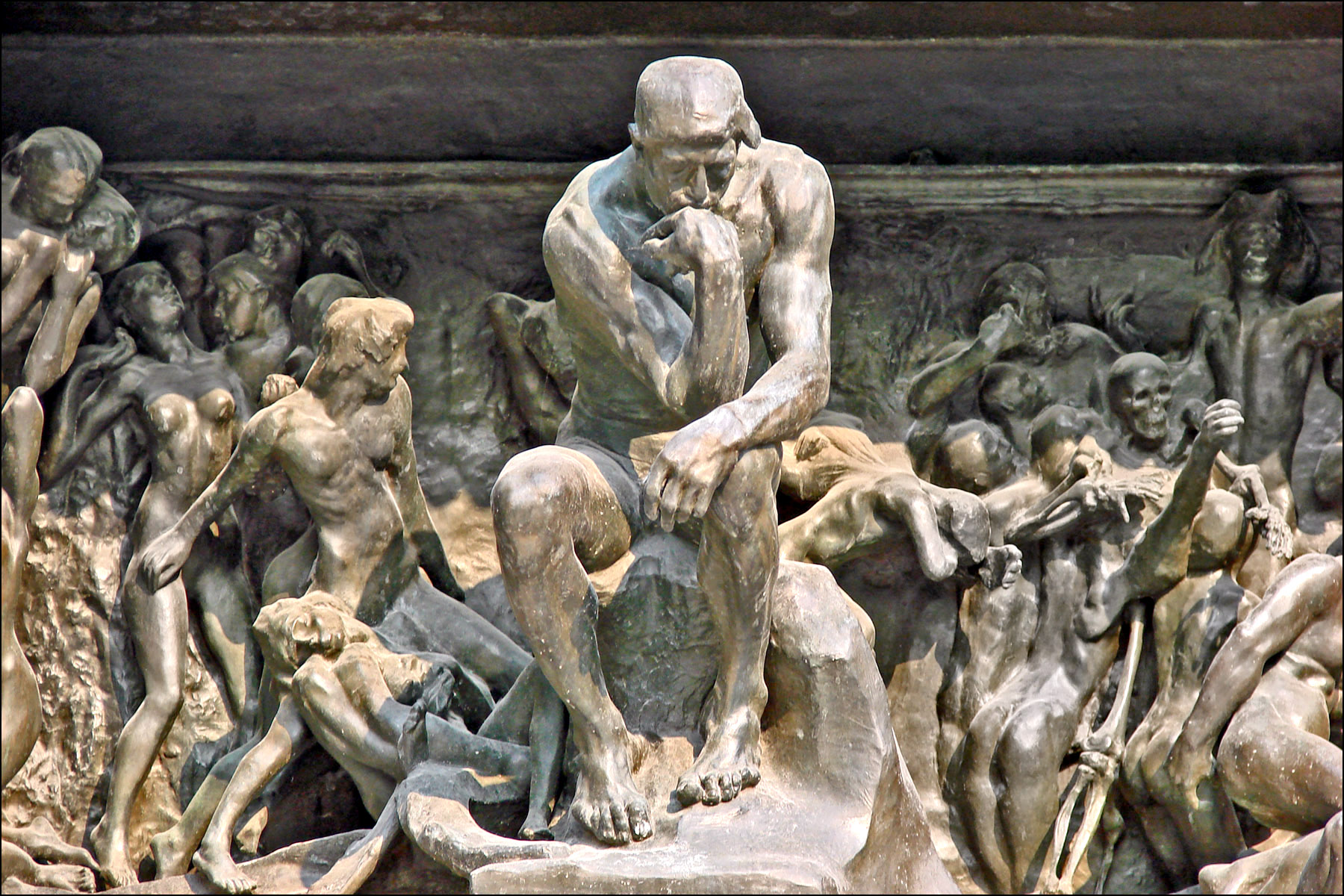 There are over 28 full-size castings of “The Thinker” in locations around the world, inlcuding Paris, Tokyo and Louisville, Kentucky, and many more reproductions of various sizes. 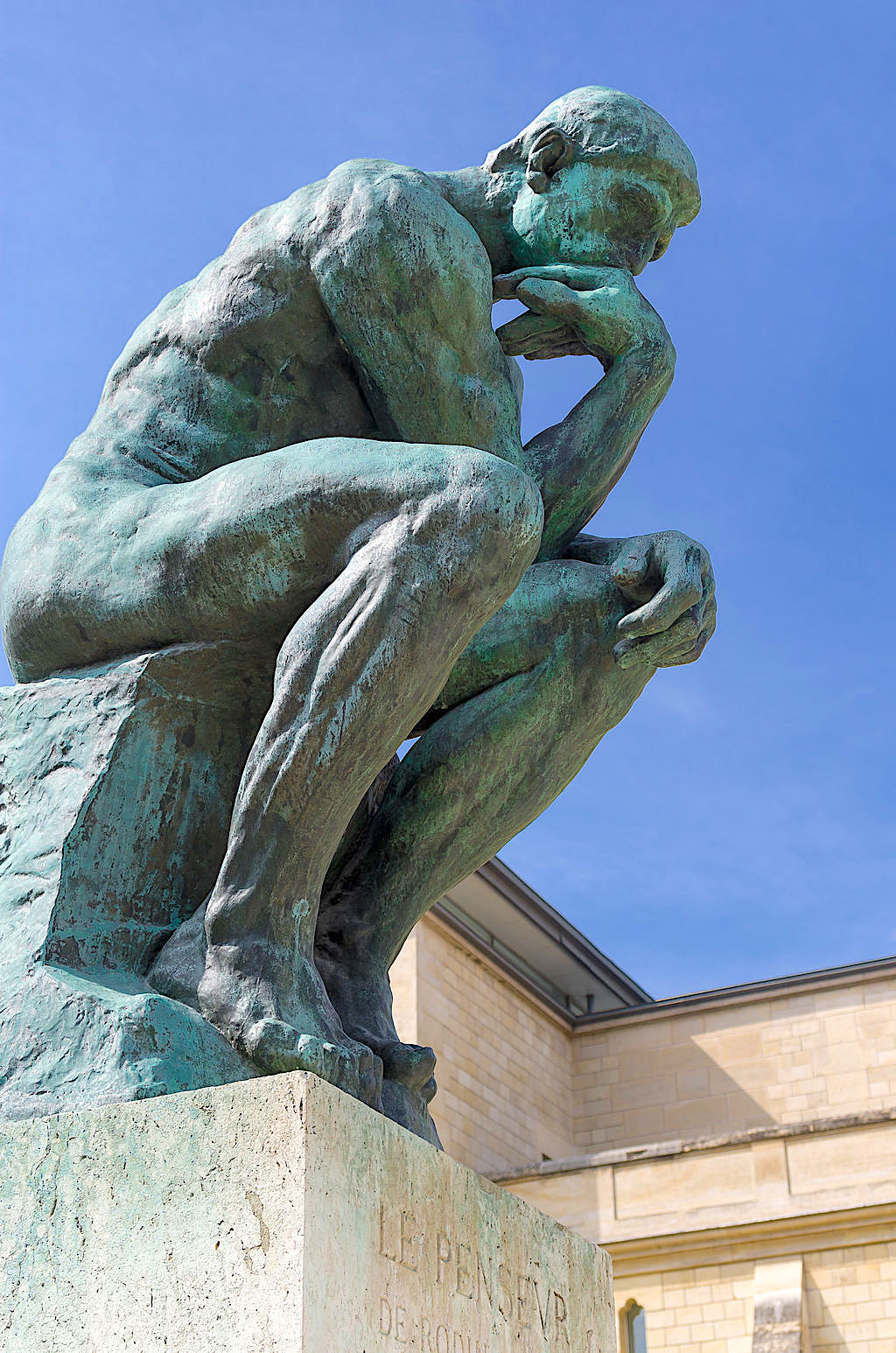 When Mort Walker was a young boy, he did a pen-and-ink illustration of “The Thinker.” It was published in Cargo magazine and he received $1 in payment.

This drawing was included in both of Mort Walker’s autobiographies, Backstage at the Strips (1975) and Mort Walker’s Private Scrapbook (2000).