My name is Jules Rivera and I am the new artist for Mark Trail.

There has been quite the response to my announcement and an even bigger response to the first comic and I must say I am thrilled with how passionate everyone is (one way or the other). To some of you, I’m a welcome harbinger of change.  To others, I am destroying your favorite nostalgia piece in wrenching it from its 70+ year time warp. Either way, you got some opinions.

Good. I made you feel something.

I don’t like time warps. I like the future. And I vow to drag Mark Trail and his whole world kicking and screaming into the new milennium. Mark Trail started as a very new concept back in 1947, about a man who cared enough about nature to punch people about it. That was wildly revolutionary for its time. In 1947, white dudes didn’t have to care about anything other than bragging about winning the war. Now it’s 2020. Everyone’s gotten selfish again. Mark is going to show everyone how to care about something other than themselves. Something bigger than themselves. Mark is gonna educate some people. Mark is coming back to his roots.

There have been many questions how I’m going to handle the nature strips. Whether I’m going to throw them out, or whether I’m going to continue the tradition. Of course I’m continuing the Science Sundays. When someone tells me I can draw gators and get paid for it, you better believe I’m drawing some gators. I’m a former engineer. Of course science is my jam.

Due to scheduling with CK, my first science strip doesn’t drop until November 8th, so I wanted to give you a preview of how I planned to approach the science strips. 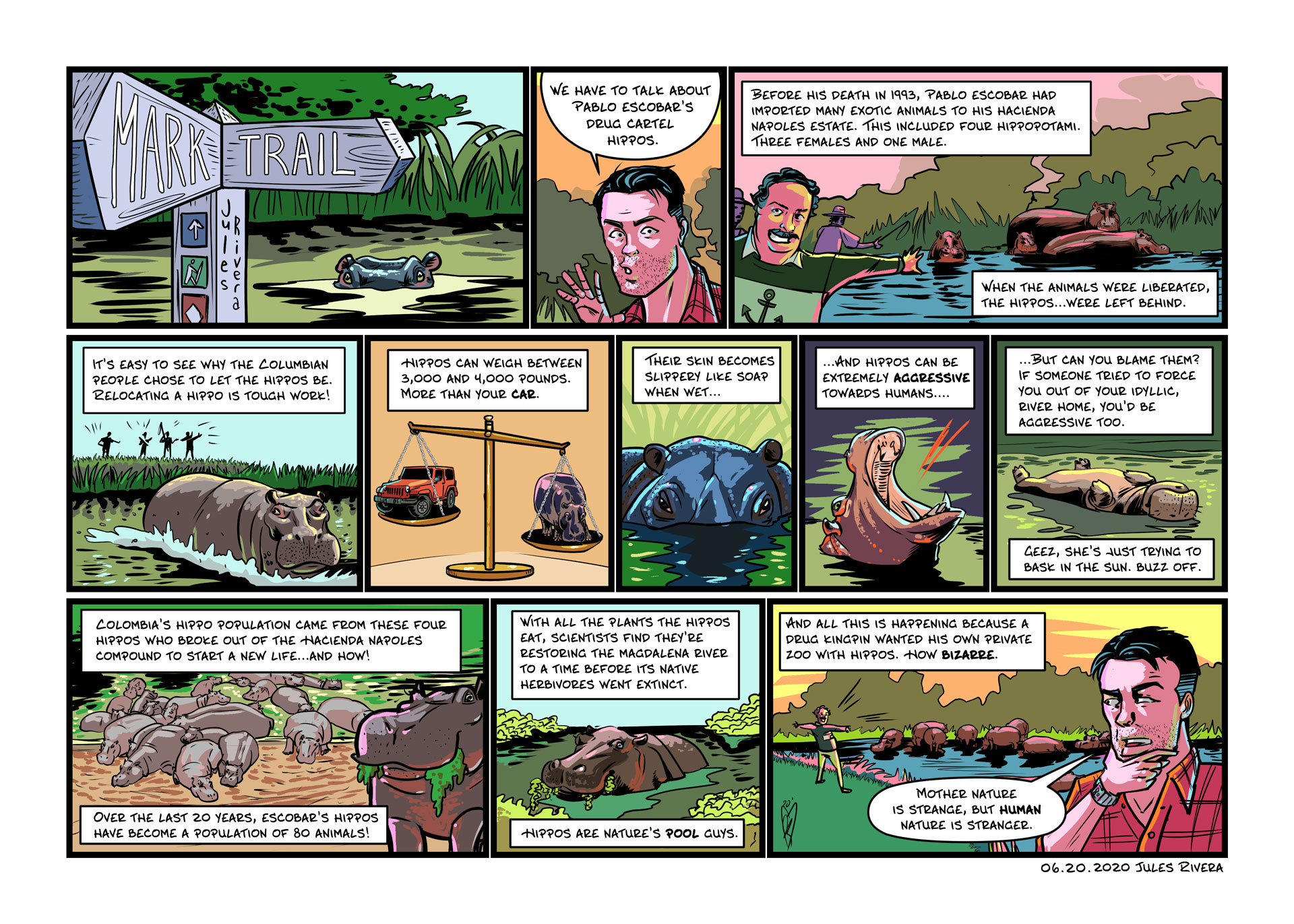 This was the art test I did for the Science Sundays, based on one of the previous artists’ comics on Pablo Escobar’s hippos. I wanted to take that artwork and kick it up a notch. All the notches. Actually I went full Miami Vice with the colors, on account of the material. Also, I’m influenced by GTA Promo artwork. I love how colorful those things are. Anyway, I wanted to rewrite the strip but with a more Joolz vibe. Like, hi, let’s appreciate how absolutely bananas it is Colombia has hippos because a singular drug cartel king also happened to be a hippo daddy.

And that’s the level of insanity we can expect from Mark Trail in general. Granted I was still figuring out Mark’s “look” in this artwork, this is more or less the Science Sundays going forward. (Except more ‘official looking’ with the 3 x 3 grid and the Mark Trail font) What, they’re not called Science Sundays? They are now, booboo. I will bring some science up in this piece. Trust.

If you’re not happy about the changes I’m bringing to Mark Trail, just think how angry you’re going to be when I bring up Climate Change.

And if you’re happy about the changes, embrace your new Nature Daddy. He just wants to fight hard and love hard. 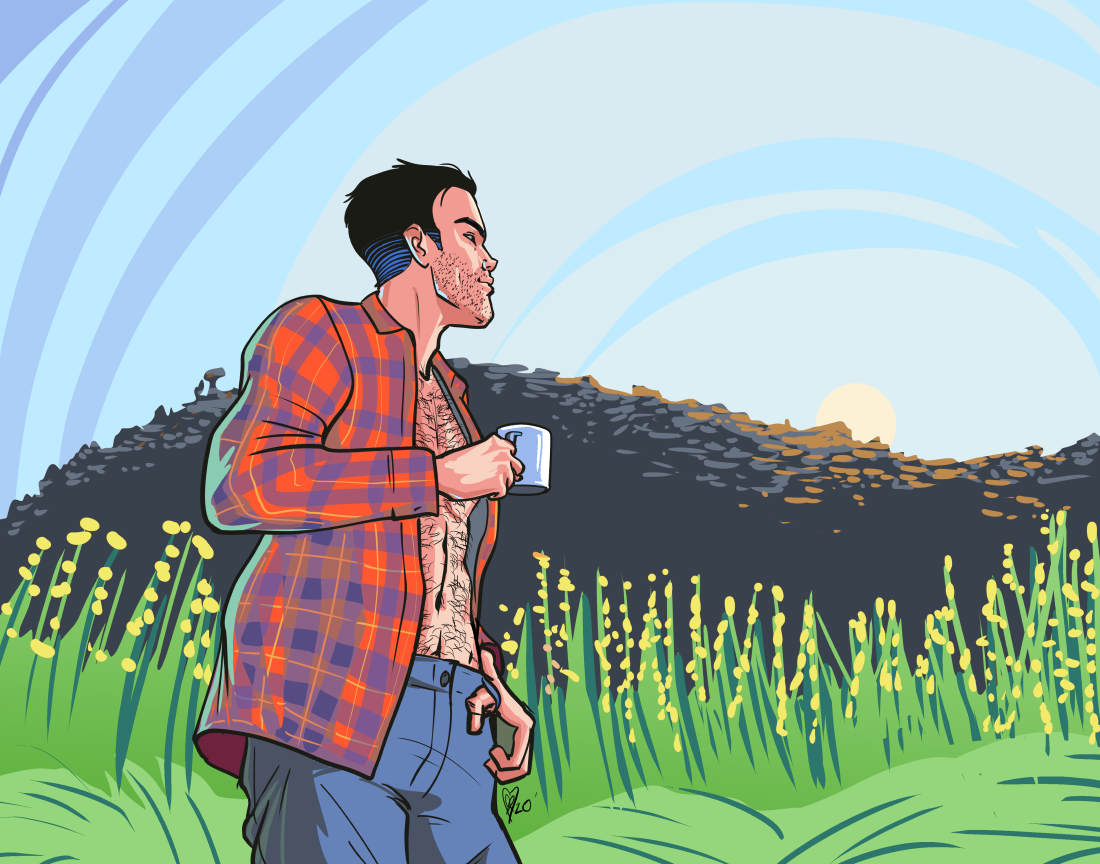