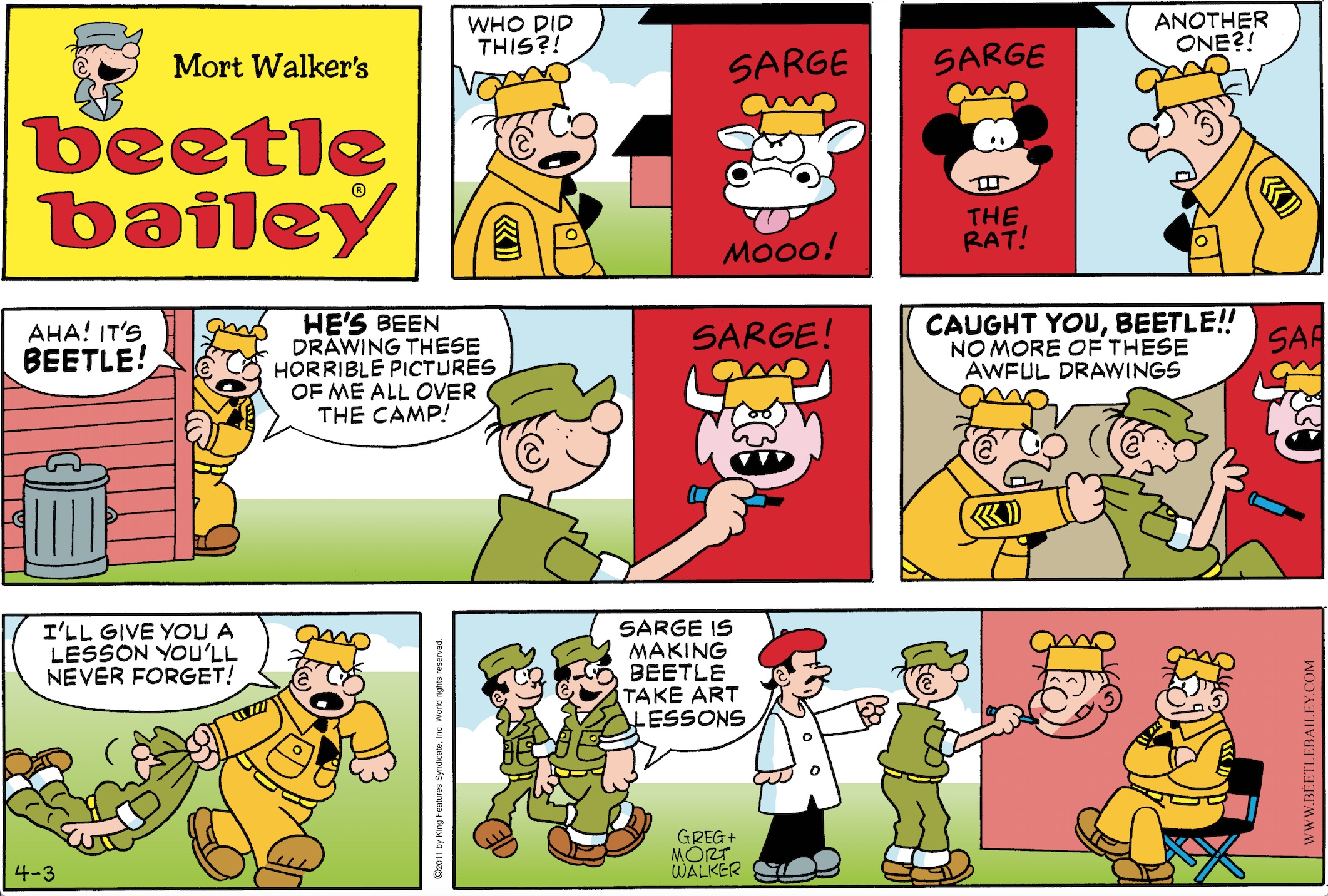 In the Sunday page above, Beetle is drawing caricatures of Sarge on the barracks walls of Camp Swampy. This was not the first time that Beetle had displayed his cartooning skills. 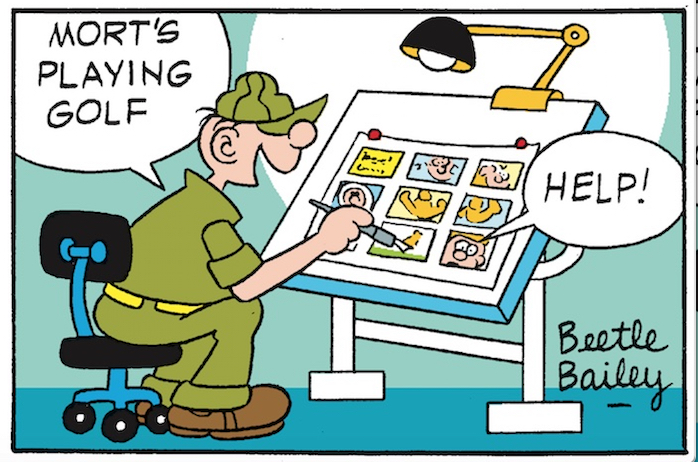 A year later, I wrote an episode that featured Tom Richmond, a talented MAD magazine artist and former president of the National Cartoonists Society. 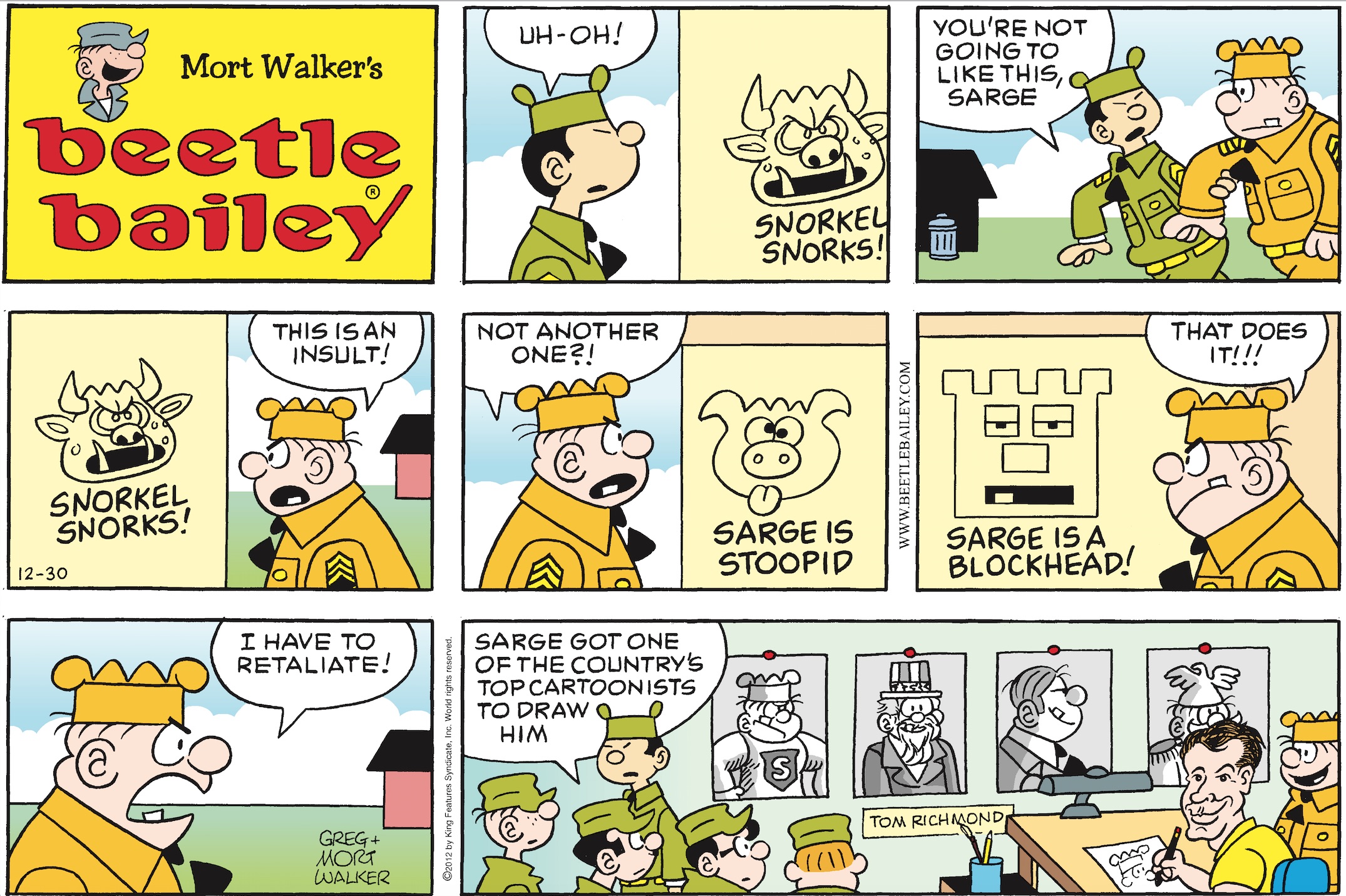 My original plan was to send the unfinished page to Tom and have him draw a caricature of himself in the final panel. This is what it might have looked like. 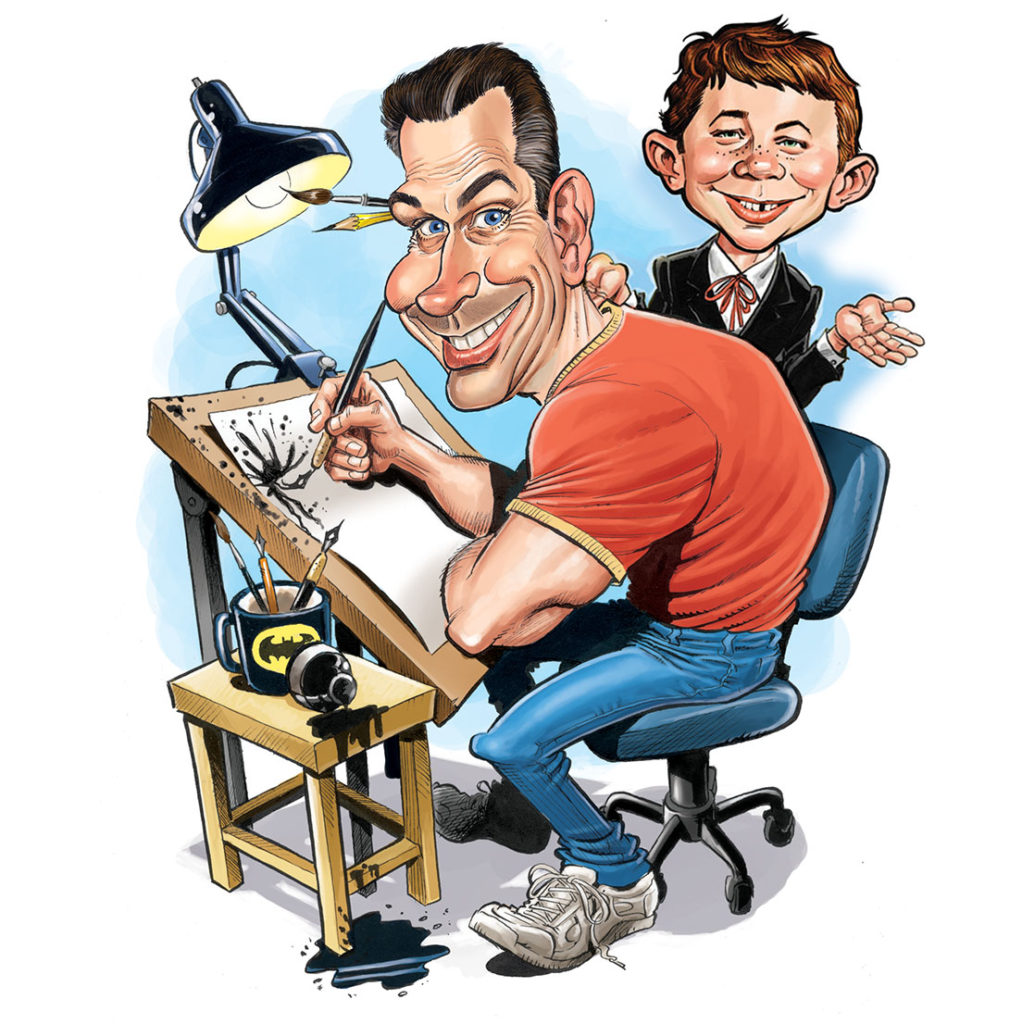 Unfortunately, there wasn’t enough time to do that, so my father’s assistant, Bill Janocha, did the caricature of Tom.

We gave the original artwork to Tom and it is currently hanging in his home. He is perhaps the only cartoonist who has ever made a guest appearance in Beetle Bailey.