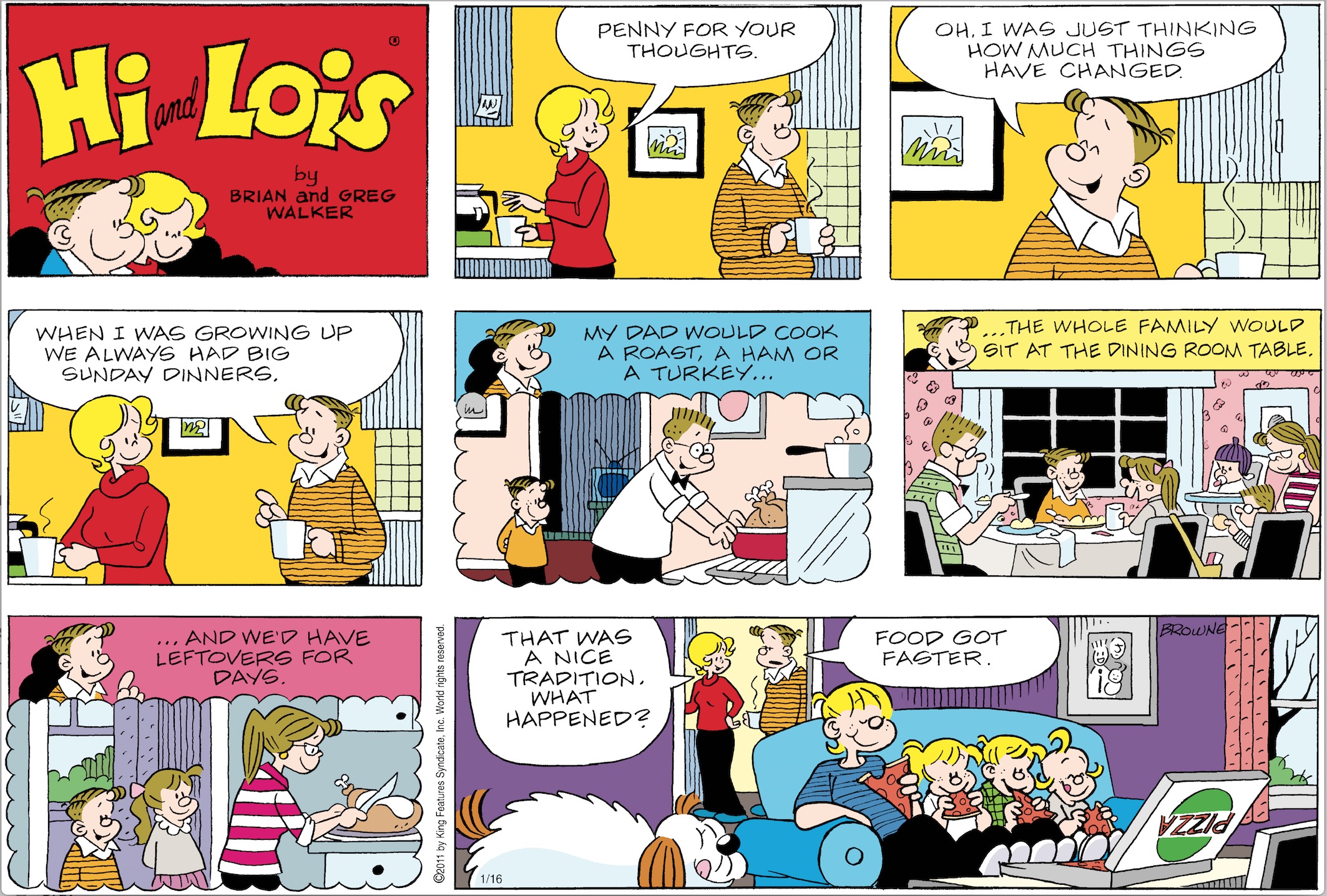 Hiram Flagston’s parents and siblings are rarely shown in Hi and Lois. In the episode above Hi is reminiscing about Sunday dinners when he was a young boy. We have never given names to any of the characters on his side of the family.

Lois’s family, the Baileys, have been featured in both Beetle Bailey and Hi and Lois numerous times. Beetle and Lois are brother and sister and this is what their parents and younger brother looked like in the early 1960s. 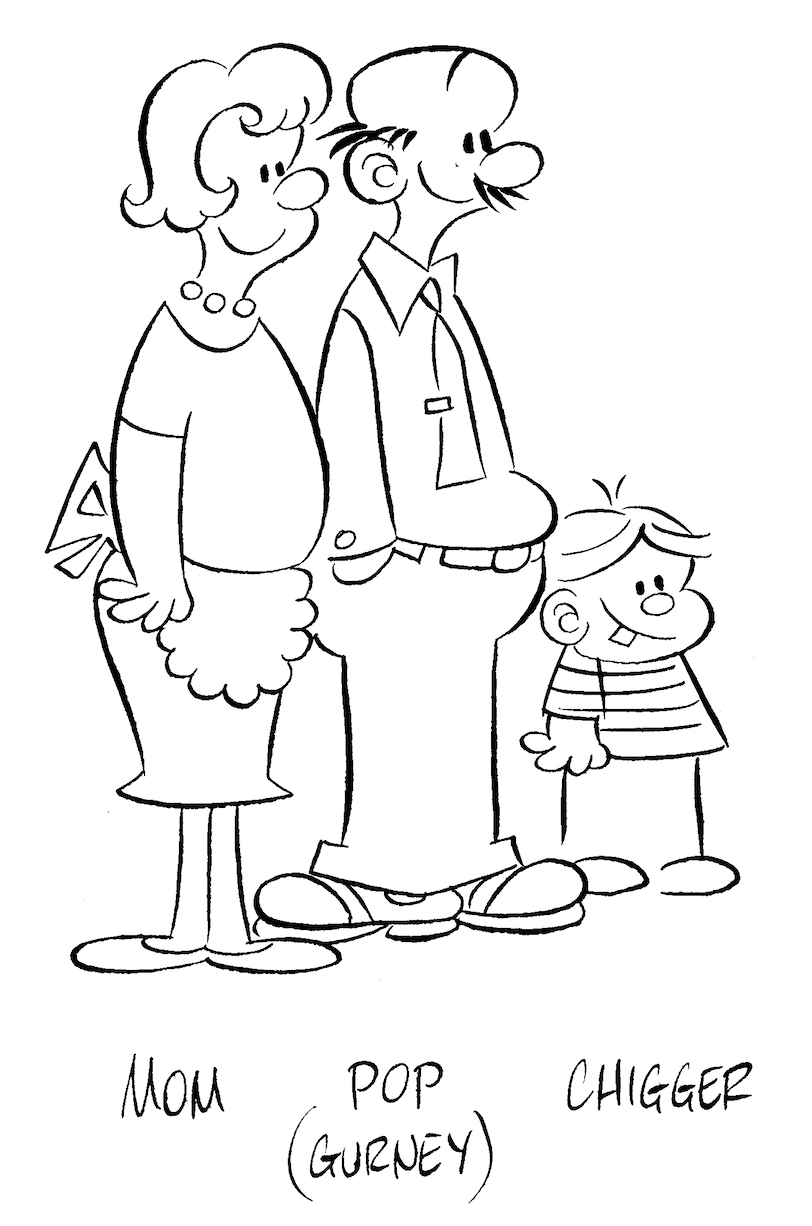 At the time, the Korean War was winding down and Mort Walker became concerned that the military theme of Beetle Bailey would no longer be relevant. So, he introduced a story in which Beetle went home to visit his parents, sister Lois and her husband and baby, and his younger brother Chigger. They debated his future and a potential return to civilian life.

Readers of the strip responded overwhelming that they wanted Beetle to go back to Camp Swampy, which he did after the story ended.

Mort’s editor at King Features, Sylvan Byck, suggested that he consider starting a second strip. Writing and drawing two features was an impossible task, so they started searching for an artist.

Veteran advertising cartoonist Dik Browne ended up at the top of both of their lists. Dik was hired and Hi and Lois debuted on October 18, 1954.