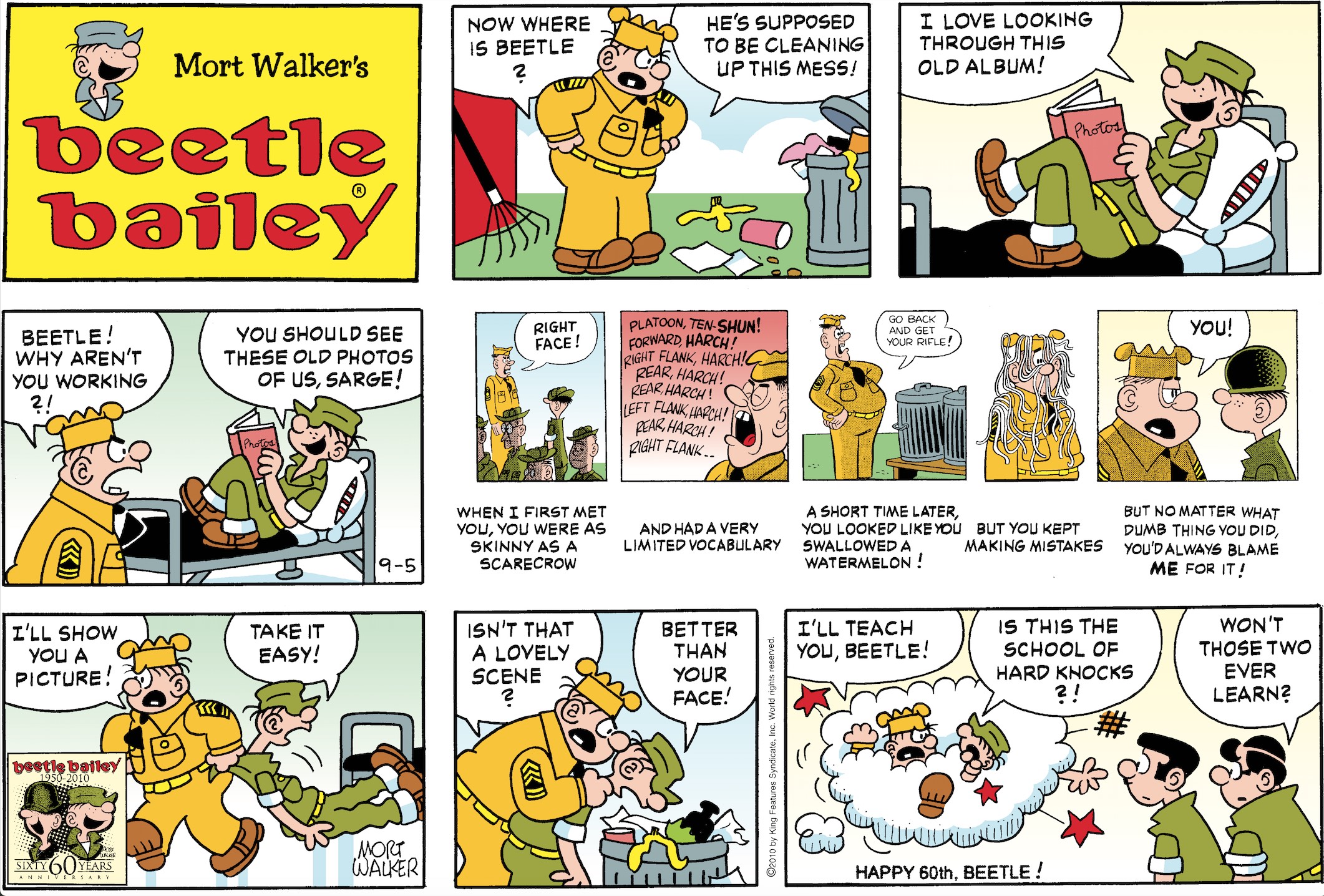 Next week we will be celebrating the 70th anniversary of Beetle Bailey with some special strips. The Sunday page above was published on September 5, 2010 to mark the 60th anniversary.

Mort Walker was working as a magazine cartoonist in New York when John Bailey, the cartoon editor of the Saturday Evening Post, encouraged Mort to do some cartoons based on his college experiences at the University of Missouri.  One character, a goof-off with a hat over his eyes named “Spider,” emerged from these efforts.  After selling a few college cartoons to the Post, Mort then decided to submit a comic strip to King Features Syndicate starring Spider and his fraternity brothers.  When King bought the strip, Mort changed Spider’s first name to “Beetle” (another King strip, Big Ben Bolt, had a character named Spider) and added “Bailey” in honor of John Bailey.  Beetle Bailey debuted inauspiciously in twelve newspapers on Sept. 4. 1950.  After six months it had signed on only twenty-five clients. 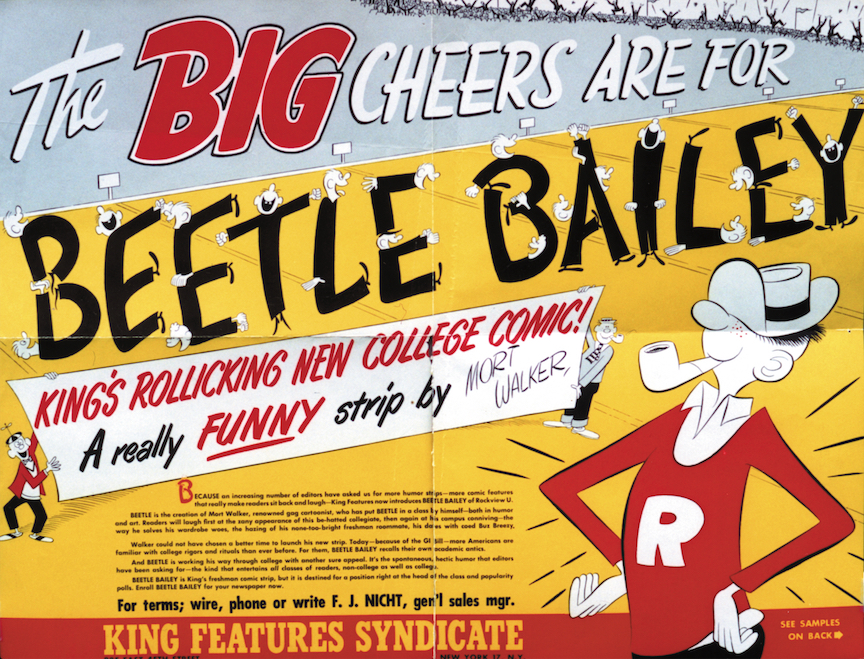 King Features considered dropping Beetle Bailey after the first year’s contract was over. The Korean War was heating up at the time, so Mort decided to have Beetle enlist in the army.  He quickly picked up a hundred papers. 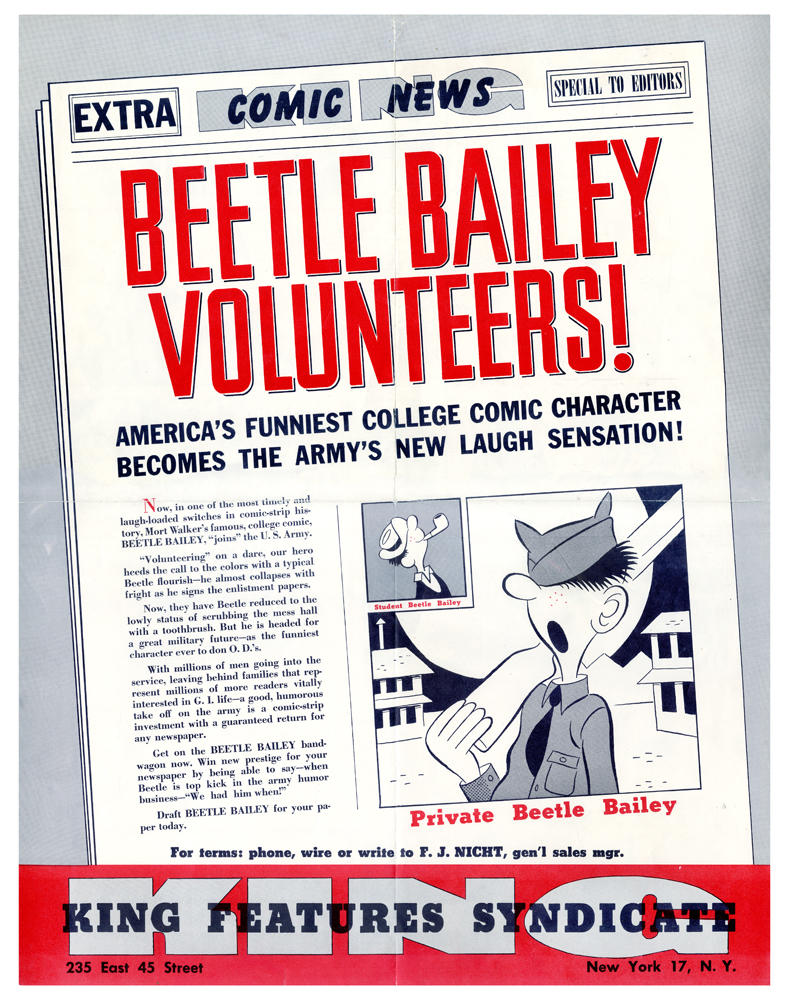 Mort redesigned the cast and a Sunday page was added in 1952. 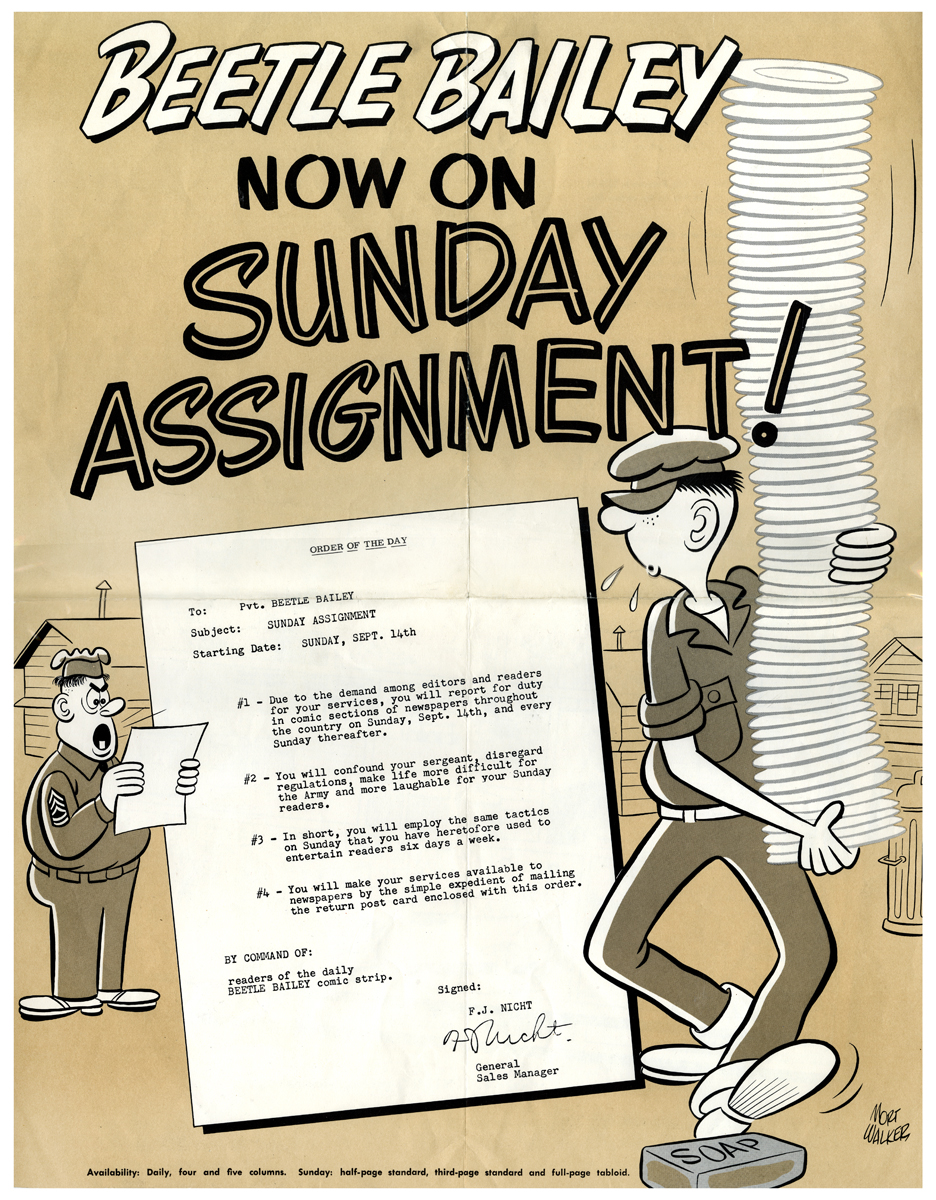 After the Korean War was over, the army brass wanted to tighten up discipline and felt that Beetle Bailey encouraged disrespect for officers. The strip was banned in the Tokyo Stars and Stripes and the sympathetic publicity rocketed Beetle’s circulation another hundred papers.  When Mort won the National Cartoonist Society’s Reuben Award as the best cartoonist of the year in 1954, Beetle Bailey had become a certified success, with licensed products and a growing list of clients.

And the rest is history.