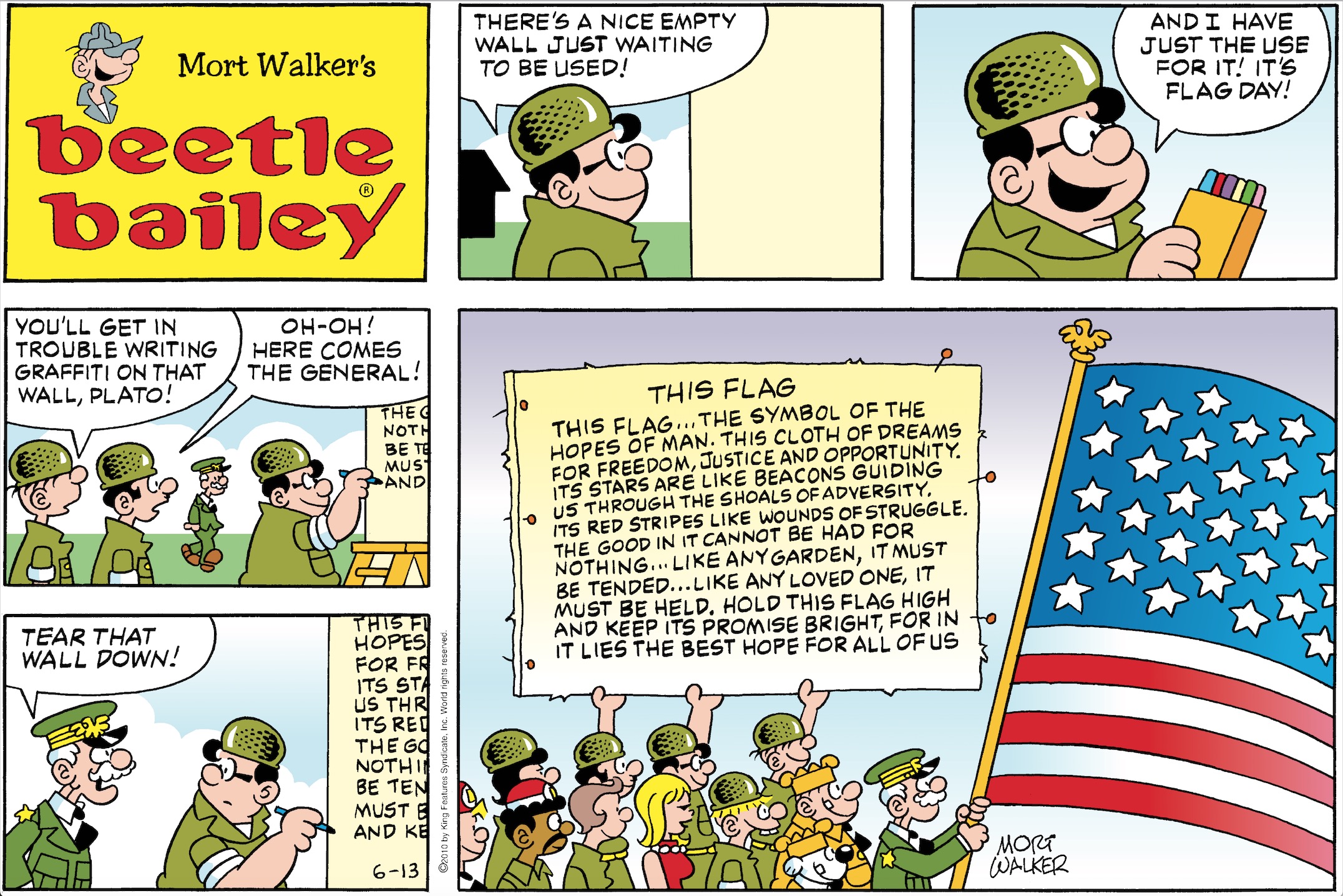 The Sunday page above was done to celebrate Flag Day in 2010. The large panel makes an impressive tribute.

In 1976, to honor the Bicentennial, Plato wrote similar graffiti about the flag.

Mort Walker, who served in the U.S. Army during World War II, was a patriotic citizen. Here he is in 1943, shortly after he enlisted. 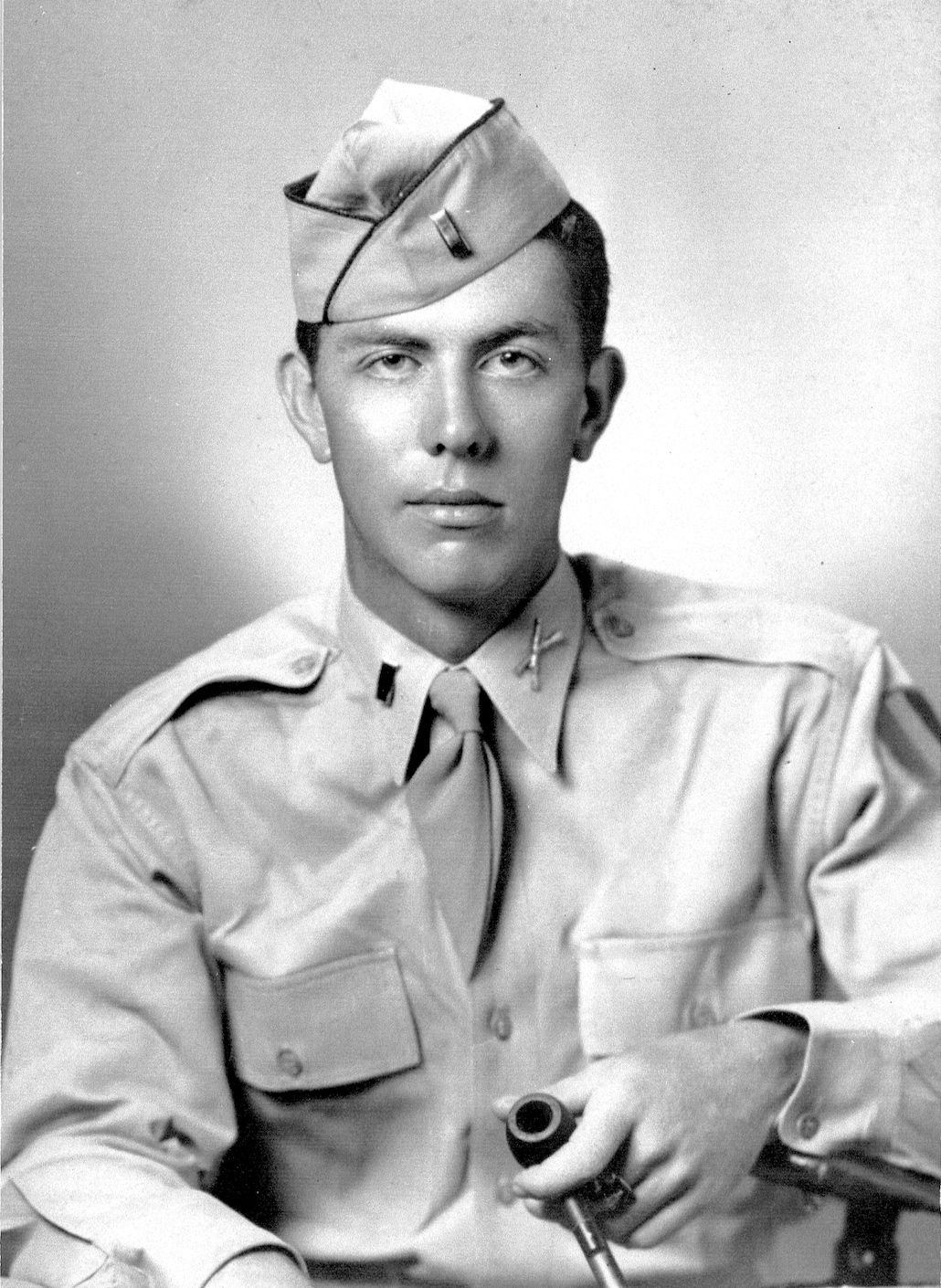 He eventually reached the rank of lieutenant. Over the years, his political sentiments varied. He voted for Richard Nixon and Barrack Obama. He said he always chose the best candidate, regardless of party affiliation.

For the most part, he avoided direct politcal comment in the strip. Advocacy for any particular candidate, issue or cause risked alienating some readers. “Keep it funny” was his motto.

We hope you have enjoyed this patriotic post. Come back next week for another installment of our Timeline series.