Today is National Shark Awareness Day! What better way to celebrate than with a nice little Top Ten list for our finned friends? And no, the jumping roaring shark from Jaws: The Revenge is not present.

So that means the Megalodon could still out there somewhere…

Who wants to put that theory to the test? 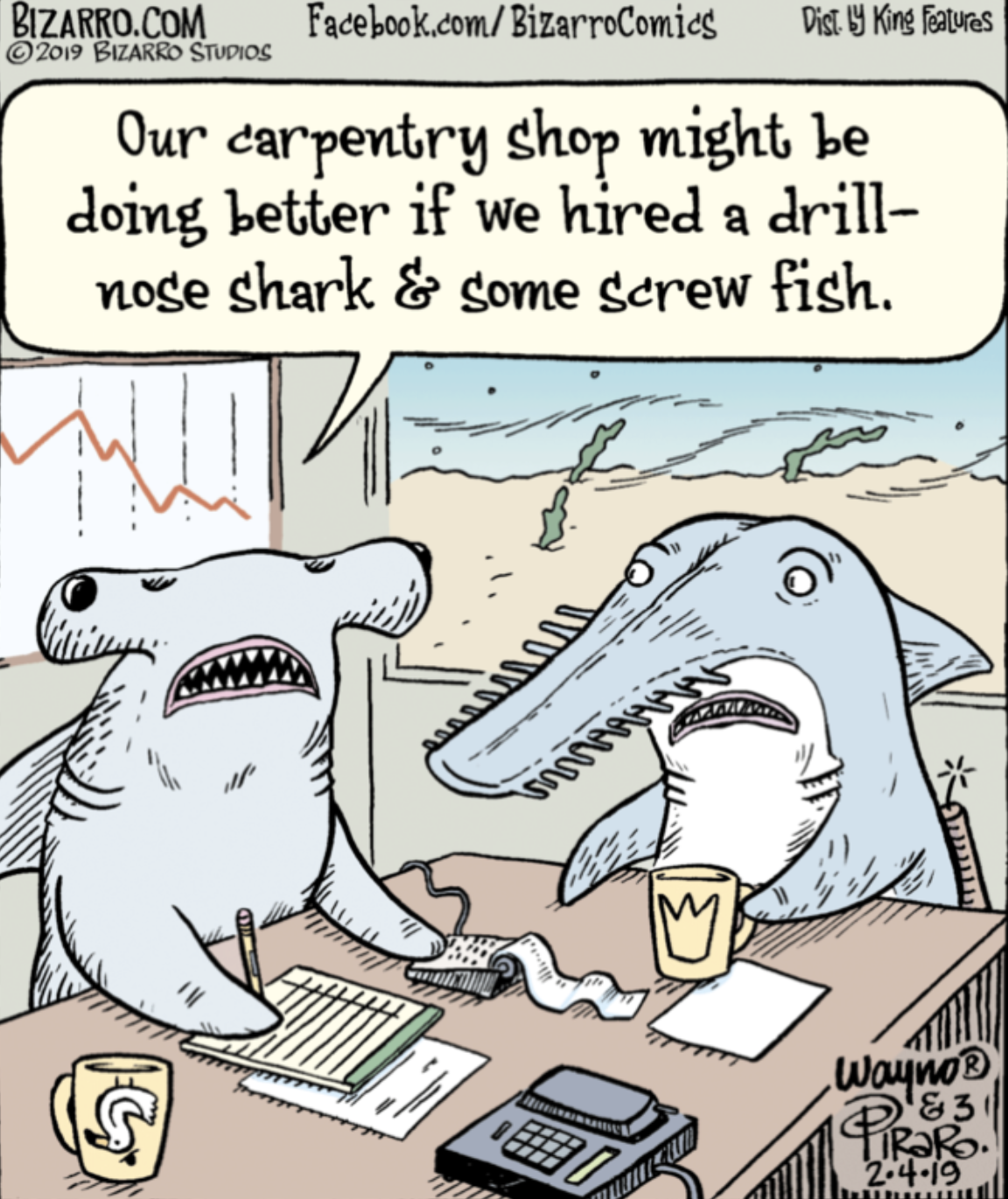 The ocean is a tool box.

Some customers can easily blow up on you like that.

Just a bunch of Great Whites vibing and listening to the Jaws theme.

A new shark-owned bistro has just opened in town, and we hear they only serve freshly-caught meats.

We need a good hashtag for this.

8) Take It From The Tinkersons

Someone has seen too much ‘Jaws.’

Let’s save the sharks…because they are swimming in our soup.

Save all the sharks…except the ‘Baby Shark Doo-Doo-Doo.’