On November 4, 2008 Barack Obama was elected president of the United States. He was the first African American to serve as our Commander in Chief.

In the Sunday page above, from August 2009, Lt. Flap is inspired by Obama’s success. Like many Americans, he felt it was the dawn of a new era of peace and understanding.

Lt. Jackson Flap was the first African American permanent cast member of Beetle Bailey and made his first appearance on October 5, 1970.

Although political commentary is not a regular feature of the strip, we often have fun with current events.

Below is a Sunday page from 1996 in which Sarge adopts the persona of previous presidents, George Washington, Abraham Lincoln, Teddy Roosevelt, John F. Kennedy and Franklin Roosevelt. 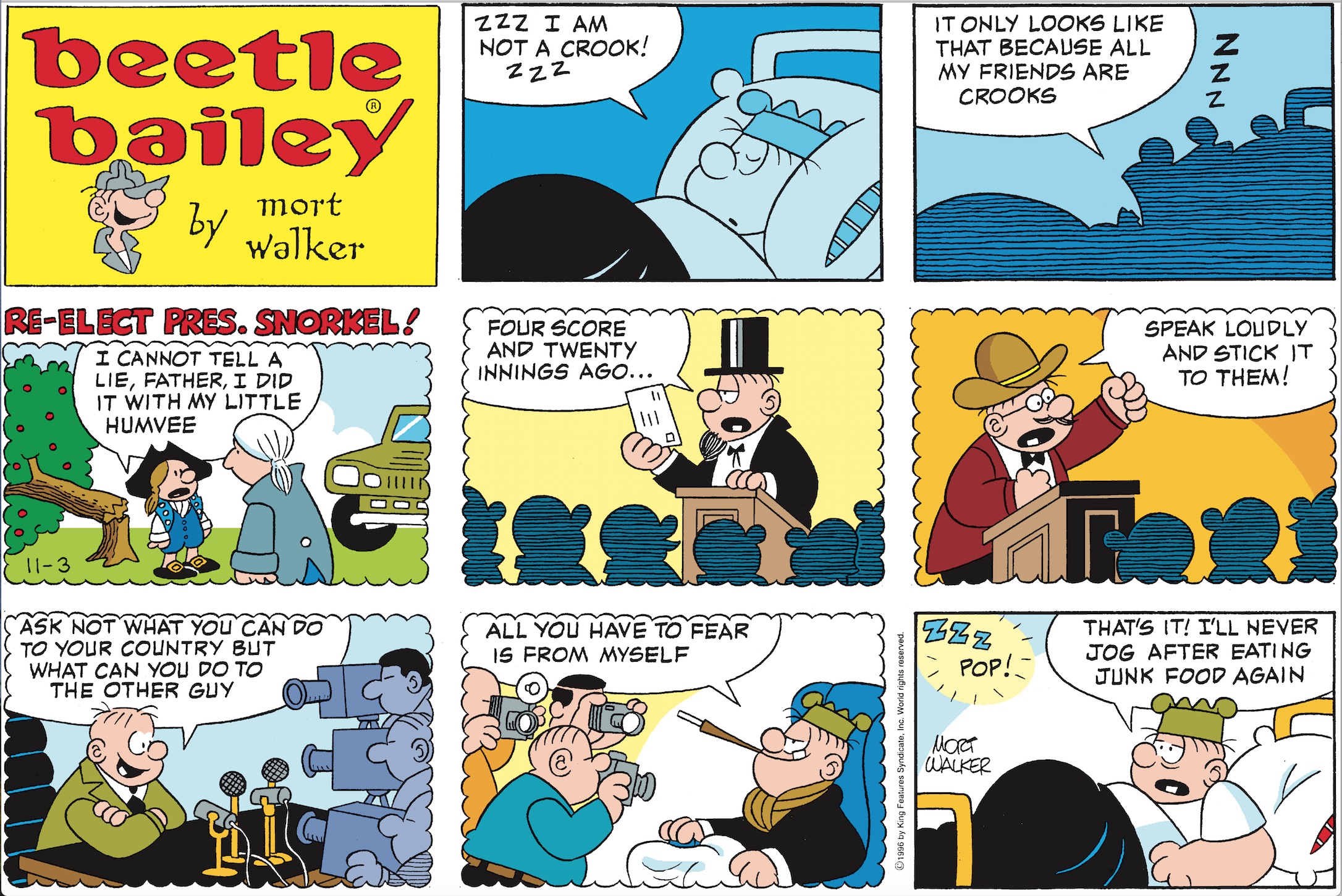 This is a presidential election year, so we might venture into political territory again. As always, we have to be careful not to offend any of our readers who have many conflicting affiliations and beliefs.