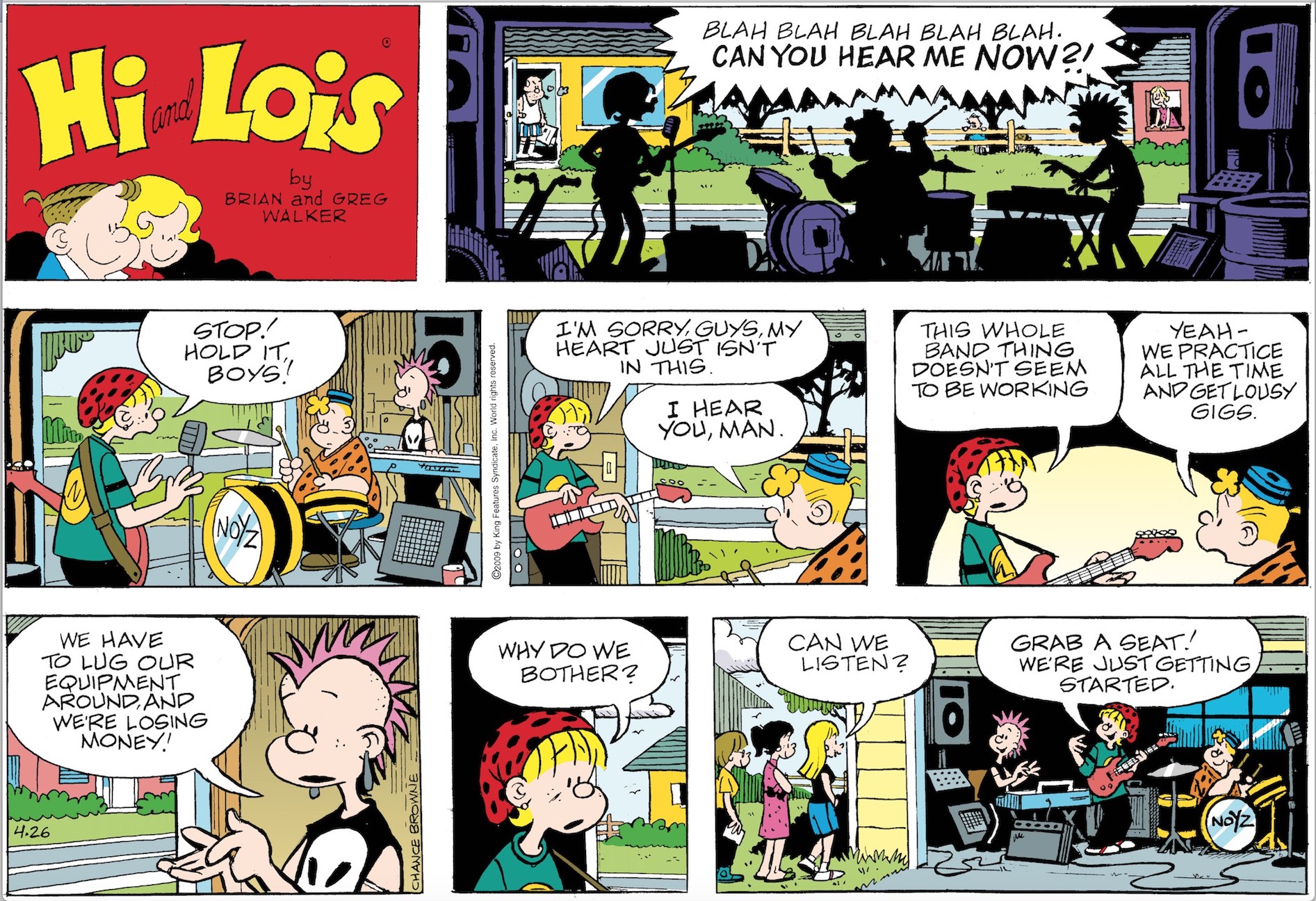 Chip plays guitar, Jerry plays drums and Sid plays keyboards in a rock and roll band that is often featured in Hi and Lois. As far back as the 1960s, Chip was shown singing protest songs but, beginning in the 1990s, his band started making regular appearences.

They often practice in the Flagston’s garage and have a playlist that ranges from blues and classic rock to heavy metal and hardcore. Their name has changed frequently, from Noyz to Deaf Zeppelin to Big Bad Wolf (the name of my son’s band). The Sunday page above reveals their primary motivation – attracting girls.

Occasionally, they bring in other talent to broaden their appeal. In the episode below, a female lead singer gets a tryout and upstages the boys. 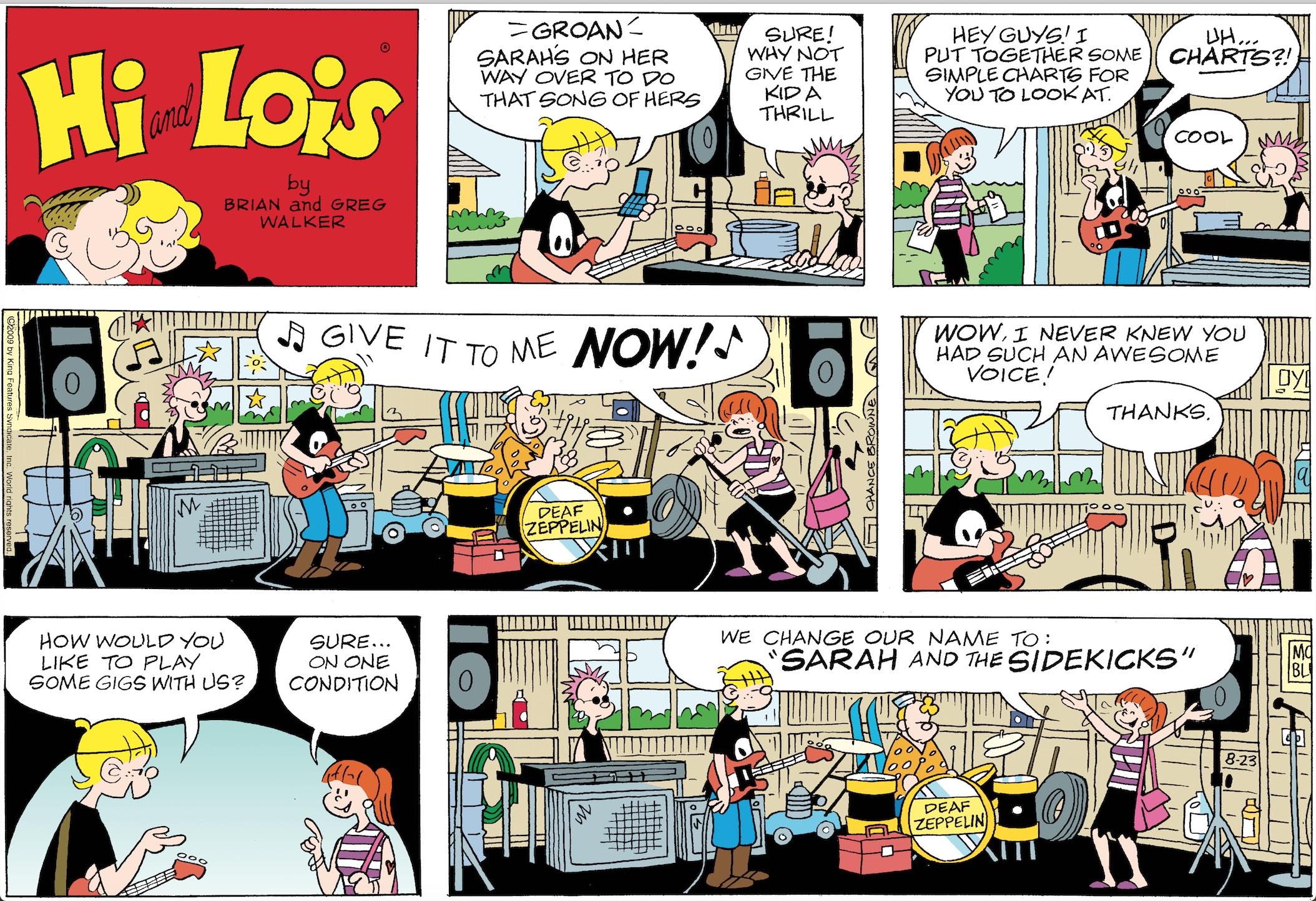 Ditto is always asking Chip to let him play his guitar. In this Sunday page from 2010, Chip encourages his younger brother to try blowing on a harmonica. Ditto develops into a serious blues harpist.

Chance Browne, who illustrated these strips is an acccomplished blues guitarist. The record albums in the lower left panel are some of his favorite musicians. Chance’s experience lends an authenticty to these scenes. He obviously enjoys doing them.