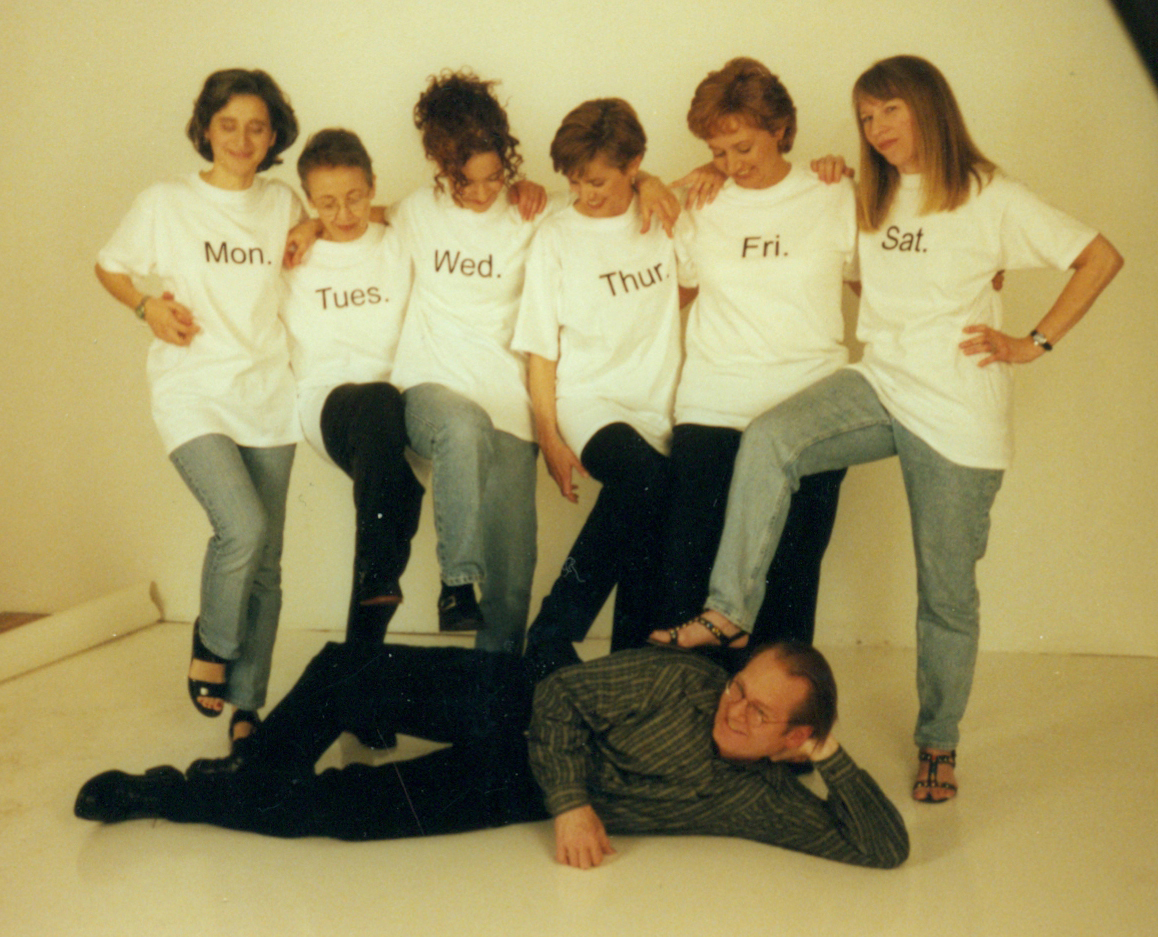 This is a look back at Six Chix by Stephanie Piro, who is the Saturday Chick:
By the early 90’s, I’d been selling my cartoons to magazines and books and licensing them to calendar and card companies. I decided to try syndication and sent my panels to a couple of different syndicates. I heard from Jay Kennedy at King right away. He told me he really liked my work and he would like me to come up with a single panel that featured two women and a cat. Then he wanted me to submit it to him. That was pretty exciting news. Jay was very respected and one of the most knowledgeable people in the field.

I was inspired right away and drew up about 70 cartoons featuring two women and a cat and submitted them. This was all done through the mail, because there really wasn’t much of an internet back then. Around this time I heard from another syndicate I had originally sent to, Chronicle Features. They were also a respected syndicate and the editor in chief at the time said they would love to syndicate me  and I could do anything I wanted as a single panel. I still hadn’t heard back from Jay, and here was an offer, so I said yes. I contacted Jay and when I finally go through he congratulated me, though he said, “We’re a bigger syndicate, and sometimes it takes us a while to get back to people we like.” So, that was quite a compliment and he was very gracious.

Several years later, Chronicle sold to Universal. My contract went to them. While I had a nice editor, I really didn’t get anymore sales, even though he really tried to champion my work. And when my contract was up, they dropped “Fair Game” along with another woman cartoonist whom they had also taken on from Chronicle.

I continued to self syndicate but when the annual Writers & Publishers Magazine came out listing who was syndicated and where, I got a call from Jay. He really paid attention to what was going on in the business. He said “I noticed “Fair Game” wasn’t listed anymore and I was wondering if you would like to be part of a new strip I have in mind.” He went on to say how women cartoonists were under represented in the comics pages and he came up with the concept of a strip where six different women would share the work with each having a day of the week and then alternating  on Sundays. He also wanted to present it as both a strip and a panel which was a brilliant idea, because, he said, if an editor only had room for a panel,  he could offer it as a panel, and those that had space for a strip, could get it in that format. Of course I said yes!!! It seemed like a very exciting idea.

A few months later we were all working on our first six weeks. It was such an honor to be part of this landmark cartoon concept. The team was all signed and I was thrilled to have some of my favorite women cartoonists on board , some whose work I had known from Roz Warren’s pioneering  women’s humor anthologies, Women’s Glib. Monday’s chick was Isabella Bannerman, Tuesday was Margaret Shulock (whose work was new to me), Wednesday was Rina Piccolo, Thursday was AnnTelnaes (also new to me), Friday was Kathryn Lemieux and I was the Saturday Chick. It was Kathryn Lemiux who came up with the title of our strip, “Six Chix”. 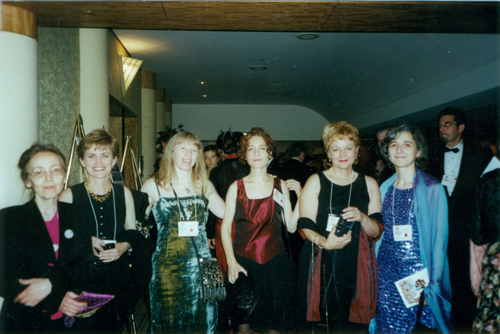 We were launched in January of 2000 and  we all met in person at the New York Reubens weekend, where we all discovered we were all around 5’ 2” and we all hit it off right away and had a great time. We were treated like celebrities! We were filmed meeting by Lifetime for Women, we had photo shoots and t-shirts with our day of the week on them. The event took place at a hotel  right by the World Trade Towers and we had a lovely breakfast at Windows on the World. It was such a once in a lifetime weekend. Not long after, the hotel and the Towers were gone in the 9/11 attack.

After a few years, some of the original team went on to do other things and then new team members would join us for a while (Anne Gibbons, Benita Epstein, Martha Gradisher). Now, in our 20th year, we have an amazing team with Bianca Xunise (Tuesday), Susan Camilleri Konar (Wednesday), Mary Lawton (Thursday), Maritsa Patrinos (Friday) and Isabella Bannerman (Monday) and myself (Saturday) still anchoring our spots at either end of the week.  Things have changed in those 20 years with more women cartoonists than ever in newspapers and online. And Six Chix, Jay’s dream, is still going strong.