You may have noticed recently that many King Features comic strip characters have been appearing in some creative Public Service Ads for COVID-19. I was very honored to be asked to participate in this campaign.  You can see the two COVID-19 Snuffy Smith PSAs I created here.

Over the years, Snuffy Smith has had the honor of being featured in many Public Service Ads.  You can see a few of these PSAs in the photo collage above.  The top left image features Snuffy in a World War II era “Buy War Stamps” poster. To the right of that poster, Snuffy is in a World War II era newspaper ad for America’s All-Out War Effort through the National Nutrition Program. Those two PSAs would have been created by masterful cartoonists Billy DeBeck or Fred Lasswell. The image on the bottom is part of an award-winning series of six newspaper ads I created in 2017 for the Knoxville News-Sentinel and the Tennessee Press Association after devastating wildfires destoyed parts of Eastern Tennessee.

It is a wonderful honor as a cartoonist to be able to participate in such worthwhile efforts as these Public Service Ad campaigns.

UPDATE:  After reading this blog post on Wednesday, Snuffy Smith fan Robert Bristow sent me an image of this wonderful Snuffy Smith PSA for the United States Marines (below) that he has hanging in his office!  Bodacious thanks, Robert! 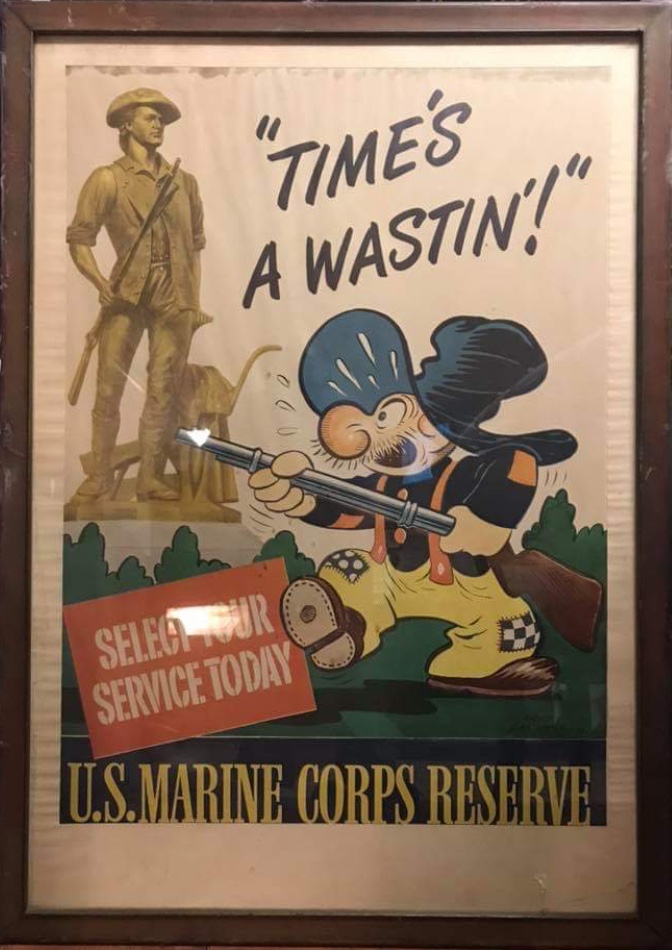