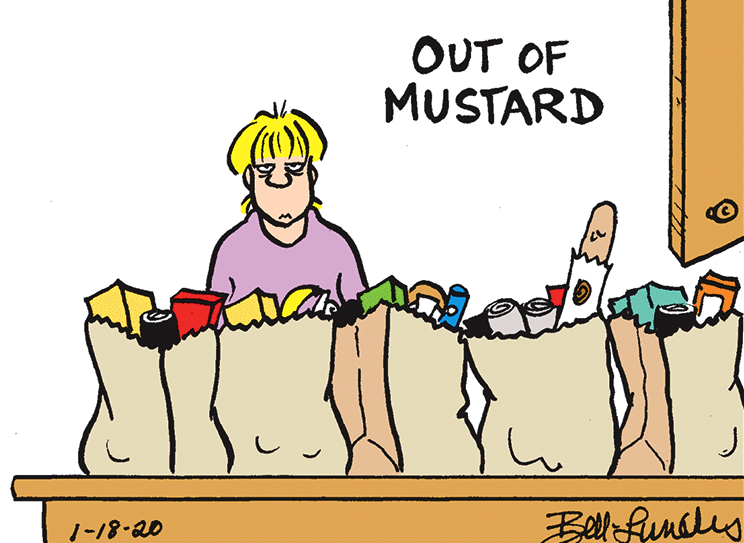 Yesterday at approximately 4:02pm, a local woman decided to make a quick grocery run at the supermarket because she was out of mustard. When she returned home a few hours later, she had bought $224.74 worth of groceries. There was only one problem: She didn’t get any mustard.

“Originally I was gonna go get some mustard and maybe buy a few other things that needed restocking in the kitchen,” said the local woman, who refused to be identified over privacy concerns and because “her friends and coworkers will make fun of her.” She continues: “Then I found myself going ‘ooo look at this fine wine that’s on sale!’ And ‘oooo 2 for 1 coffee cakes!’ I honestly just couldn’t resist. Then I saw that the meat department was having another sale and it just kept snowballing from there. By the time I got home, I realized I forgot about the mustard, which is honestly not a surprise to me at all.”

When asked if she was going to go back to the store to grab that mustard, she replied: “ugh it’s already almost 7pm. I’m not going to get into my car and drive all the way back to Walmart. My legs hurt from all that walking and my back is just begging for a couch. I can always make a stop tomorrow on my way home from work or something.”

We caught up with the anonymous woman for an update today, to which she replied: “No. I forgot again. I just want to go home and watch that new Pitcher show on Netflix. Is that what it’s called? My step-daughter won’t shut up about it. I don’t know, I’ll probably just order pizza delivery.”