UH-OH! SANTA HAS BEEN KNOCKED OUT BY SMELLY STOCKINGS (MONDAY MOCK NEWS) 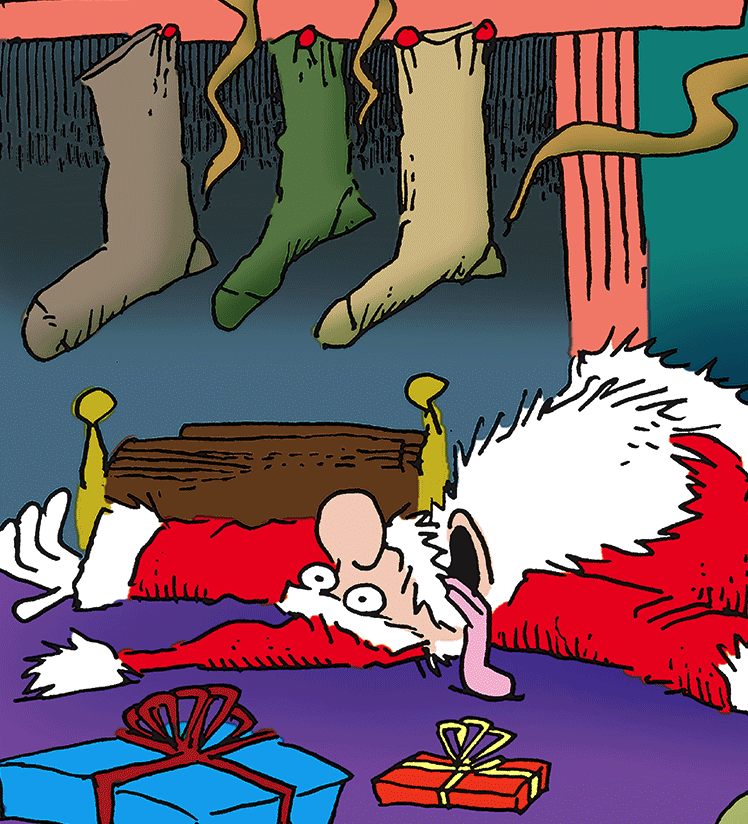 In a currently developing tragedy, Santa Claus has fallen unconscious because of some smelly Christmas stockings. The huge socks were reportedly leftovers from the year before and haven’t been washed since. Who would actually wear these as real socks is anyone’s guess, but it has been confirmed that the house where the incident took place was inside Mother Goose’s residence. The famous nursery rhyme figure was apprehended by the police while they investigate the supposed crime scene.”I SWEAR IT WASN’T MY FAULT,” exclaims Mother Goose while she was being escorted out by the local police. “IT WAS MY DOG GRIMMY! OBEDIENCE SCHOOL IS JUST NOT WORKING OUT FOR HIM! PLEASE YOU HAVE TO BELIEVE ME! GO ASK MY BABIES YOURSELVES AND YOU’LL SEE I’M TELLING THE TRUTH!”

The police are currently interviewing the pets of the house: Grimmy, Ralph and Attila. Unfortunately, no answers have been given by the animals, probably because they can’t even talk. “Here I am trying to solve a case of an attempted homicide on Santa Claus and I’m talking to some dogs and a cat,” says Detective Peter Mikes, who has been appointed to tackle the case. “You could say I’m having the best Christmas of my life…Now who’s going to bring my wife that tablet she asked for?!” 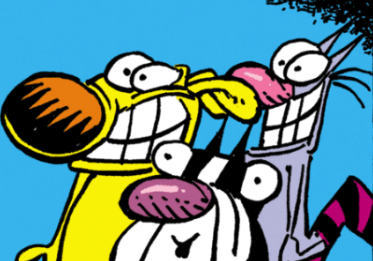 Just look at these faces. They are 100% innocent.

Santa Claus has since been rushed to the hospital. No word on how he will finish his Christmas run, or if anyone will take his place, but one thing is for sure: Mrs. Claus is not happy. “I will personally see to it that whoever is responsible gets more than coal in their stockings,” claimed Mrs. Claus with a very grim expression on her face.