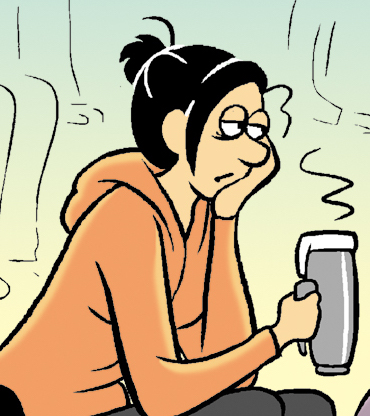 Local Ohio soccer mom Jill Kaplan was attending her daughter Jess Kaplan’s soccer game when the thought of not being there crossed her mind. She was seen sitting down in the middle row of the bleachers, visibly exhausted with bad morning hair while she was chugging down her double latte. She was accompanied by her husband Rob Kaplan, who was cheering for their daughter.

“I just had a long week,” said Mrs Kaplan. “I had to drive my daughter everywhere for some study sessions and hangouts, and on top of that I had plenty of work to get done from home. If only they had postponed this week’s game for another day, I would’ve gotten the rest I needed.” As it turns out, Mrs. Kaplan works from home as a graphic designer, so she barely ever leaves her house. “I know it sounds like a luxury but I’m still always tired. You wouldn’t understand. Also, I have laundry to do today and I have to go do some grocery shopping later. Ugh, I’m gonna have to leave one of those two for tomorrow, my ONE Sunday where I was hoping to just stay at home and do nothing…”

After the game was done, Mrs. Kaplan was seen hugging her SUV’s door before exclaiming: “That’s it. I need another ladies’ night out with my friends and lots and lots of wine!”