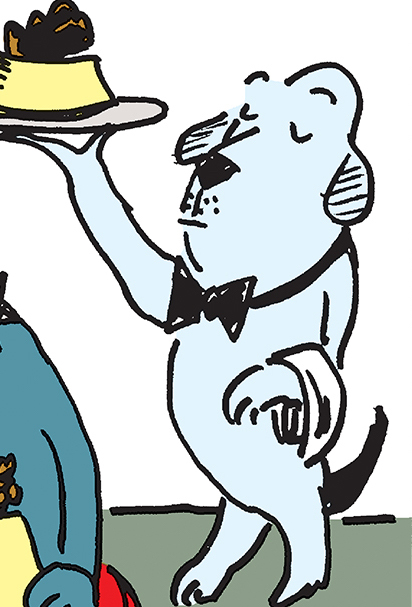 A new restaurant opened its doors today for dog patrons only. The Good Boy permits dog owners to enter and sit their dogs down for a meal, but the menu consists only of dog food. Opening reviews were not very favorable.

While some people admired a restaurant centered around fine dining for dogs, others didn’t like the exclusion of humans. The owner, Wolf McBones, had this to say: “The Good Boy offers a unique experience for our beloved canine pets. In here, they get the highest-quality food they will get in town, as well as some top-notch service.” Others were also quick to point out that their dogs were very protective of their food, as there is no private space between the tables. “Once my dog Rupert was done with his deluxe bacon sampler, he immediately jumped over to the next table to snatch up another dog’s food bowl,” said an anonymous patron. “The barking doesn’t help, either. Every dog, including Rupert, also tried sniffing every other dog’s butt while they eat. This is a little out of control.”

McBones defends his decision despite the negative buzz. “This is dog heaven right here. Why continue to feed your dogs the same stuff you give them every day? Bring them here for the best dog cuisine in town!”