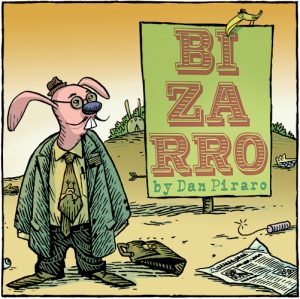 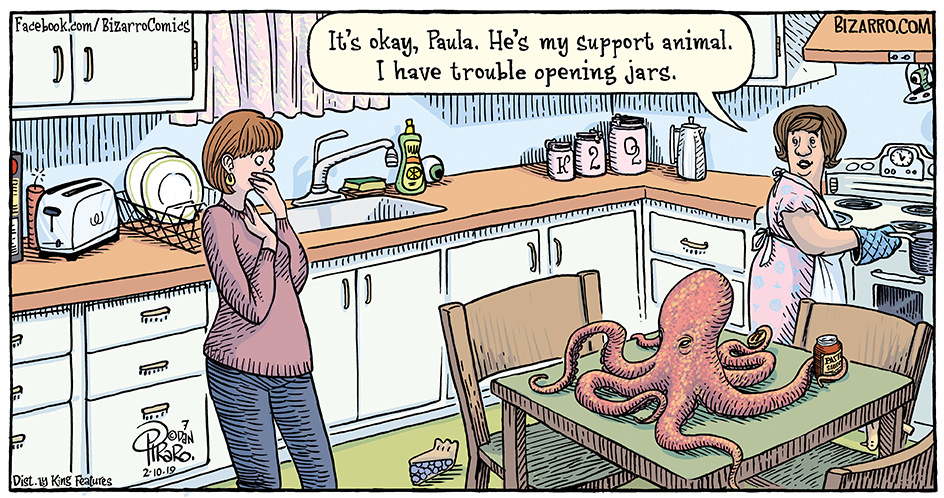 Bizarro is brought to you today by No More Chilly Knights.

It is my understanding that octopuses are extremely intelligent. So much so that even though they could learn to do a lot of things that could support humans, they would not do so because they’re smart enough to recognize we do not have their best interests at heart. If only Trump supporters were as intelligent as octopuses.

If you could have any animal to assist you through your day, what would it be? I’m tempted to say some kind of cute, funny, smart little monkey, but that’s too predictable and would likely be not much of a life for a monkey. I think I’d prefer a bird that was free to come and go through an open window, but who could answer all of my emails and handle my social media stuff. That would be pretty sweet. (As I write this, I’m fantasizing that I’m in the next room painting as I listen to the peck, peck, peck of a bird on my keyboard, handling my weekly blog post.) 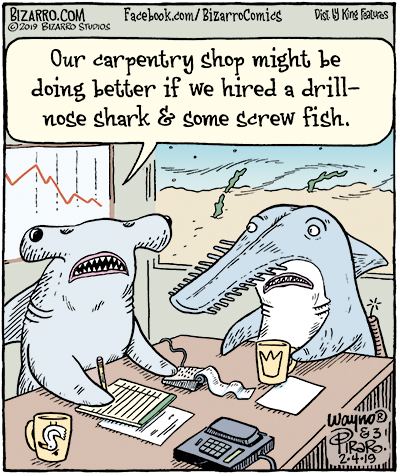 It occurs to me that the phrase “…and some screw fish” could be taken two different ways depending on whether “screw” is an adjective or a verb. Do you see now why grammar is important, kids? Poor students make strange bedfellows. 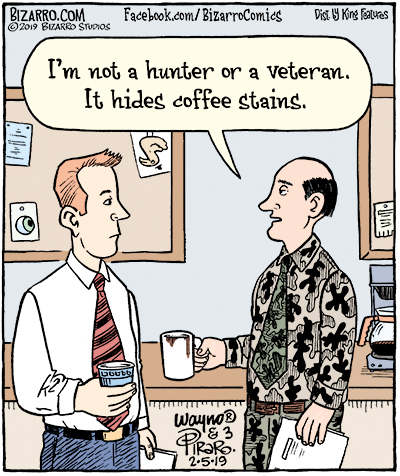 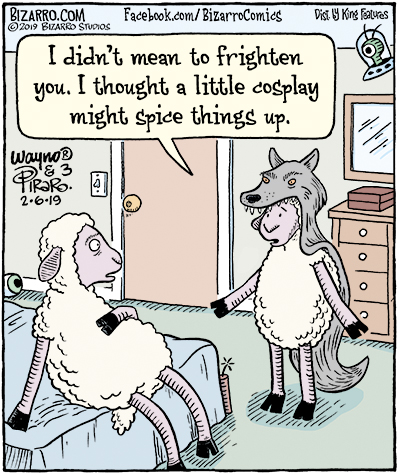 When my beloved Olive Oyl and I want to delve into some cosplay, I dress as Bluto. 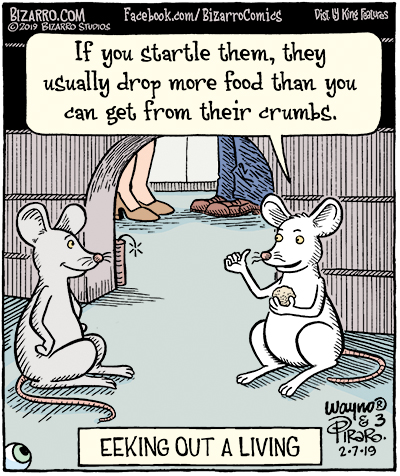 Anyone know why mice have such a thing about arched doorways? 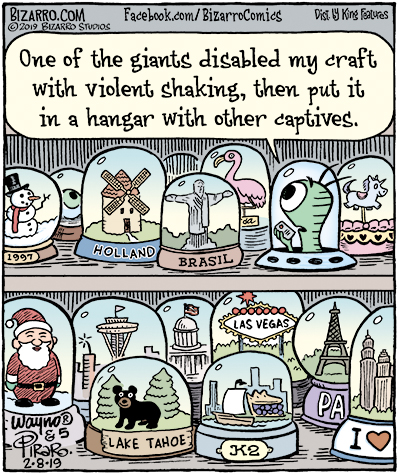 How long will it be before these people notice they have an alien skeleton in one of their snow globes? (BTW: there have only been a handful of times that my Bizarro Alien has been cast in a speaking role in my cartoons. For those who don’t know what I mean, see this.) 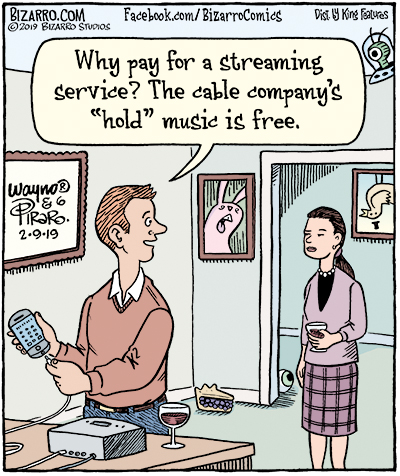 In my case, “hold” refers to attempting to hold down my food while I endure the hold music.

Last and perhaps least but I hope not, if you think you might enjoy a one-minute video of me in my studio talking about my latest painting, bring your eyes and ears here.  And if you’re so inclined, I’d love it if you would follow my fine art account on Instagram. It’s where I post all my ongoing, non-cartoon projects.

Thanks for floating along in the wake of our cartoon canoe this week, Jazz Pickles. If you’re feeling appreciative of our work, please consider supporting us in one of the ways suggested by the links below. Muchas gracias, amigos!

AND DON’T FORGET TO POP OVER TO WAYNO’S WEEKLY COMMENTS ON THIS BATCH ALONG WITH SOME OF OUR COLLABORATIONS OF THE PAST CONTAINING SWINE. (Not kidding.)