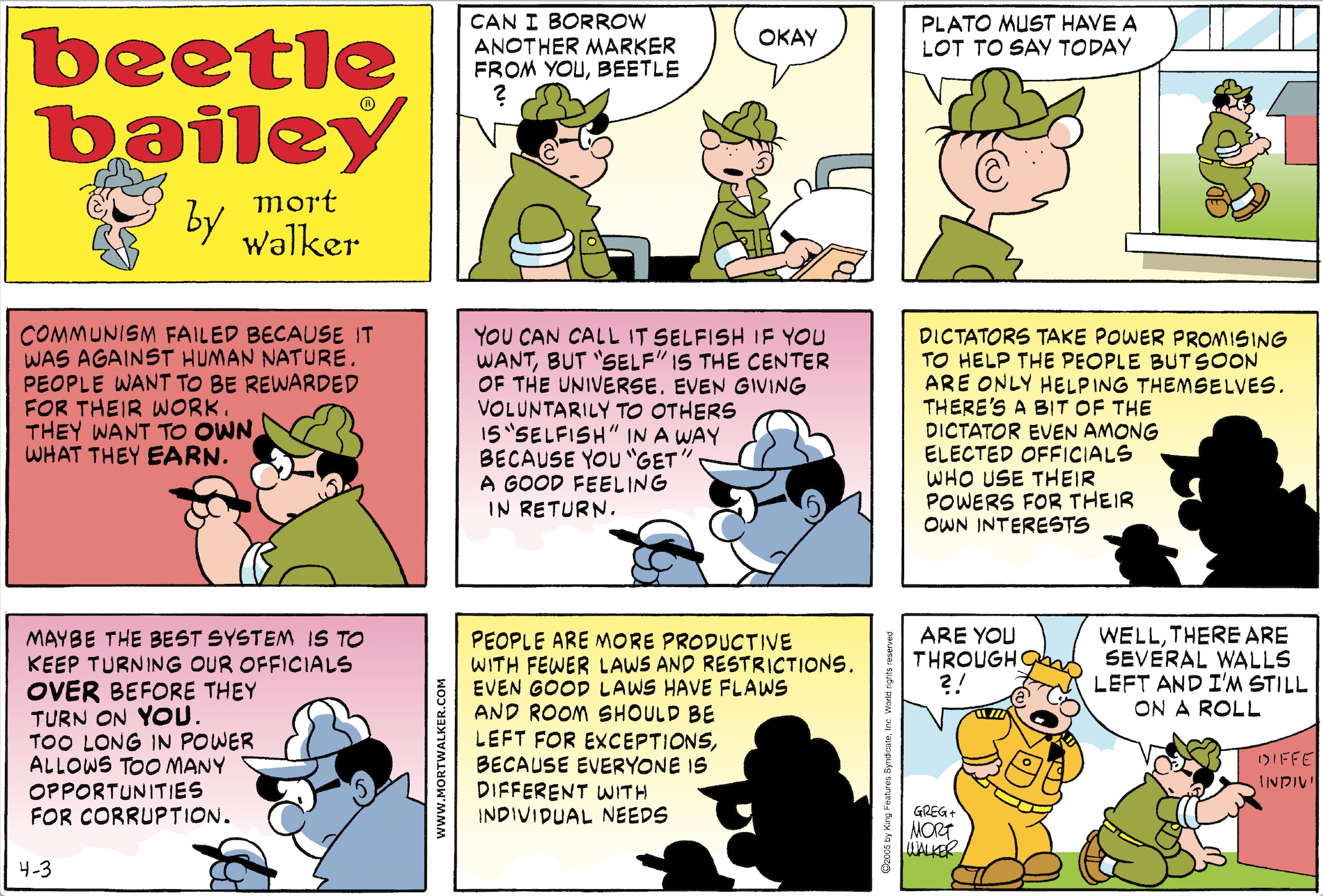 In strips like the one above, Mort Walker shared his homespun philosophy and political beliefs with readers.

“The comic strip is one of the few mediums that allow one person to express his philosophy, his anger, his joy and his disappointment in mankind without restriction,” he wrote in his 2000 autobiography.  “It is one of the purest forms of art and expression that exists.”

Late in his life, Mort starting sending short pieces to his local paper, The Stamford Advocate.  Here are a few of these words of wisdom. 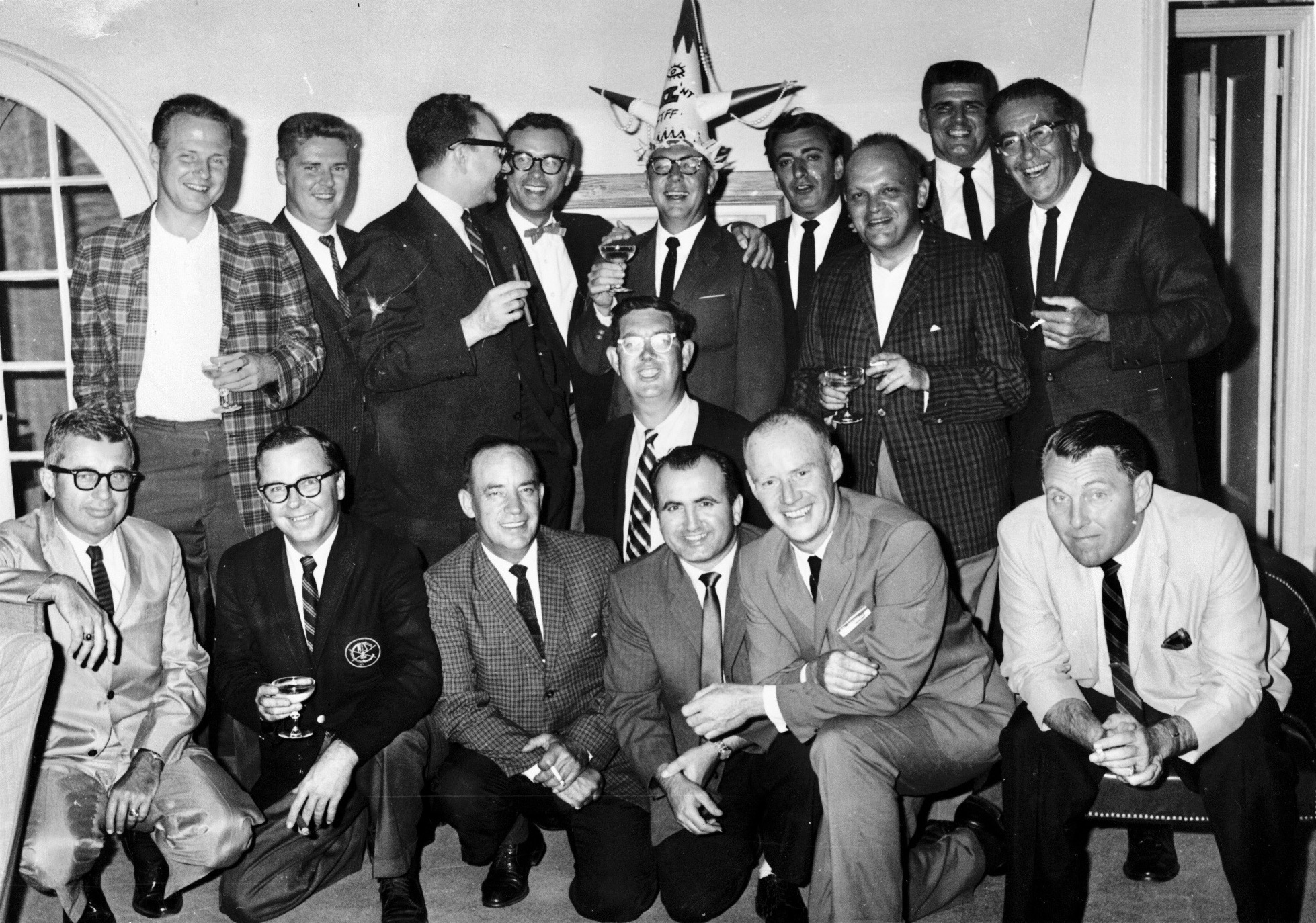 Mort Walker’s 40th birthday party at the Milbrook Club in Greenwich, CT in 1963.

I keep this photo on my desk of 15 of my best friends attending my 40th birthday party.

I look at it every day to remind me not to drink or smoke. We all did back then. I quit after a doctor told me my drinking was killing me.

I quit immediately. I’m 94 now and haven’t had a drop or a puff for more than 40 years, but all but three of my buddies in this photo are now dead.

That makes me wonder why we allow drinking and smoking since both have proven to be deadly. Life is too valuable to toss aside like this. I think of all the comic strips I’ve drawn, the books I’ve written, and all the other things I’ve accomplished in those 54 years and the mass of things those friends could have contributed. And think of all the bad things the general public committed as a result of drinking: auto wrecks, deaths, fights in bars, domestic disputes and illnesses.

At least we could encourage people to only have one drink a day. Anything to stop the horrible effects alcohol is having today.

I wish everyone liked me.

This world would be

If everyone liked everyone,

There would be no wars,

You wouldn’t need to lock your doors.

You could walk down the street at night,

And smile at everyone in sight,

With no fear of harm, no need for alarm.

We’re all good friends, good to the end.

So how do we change the world that way?

First watch every word you say,

No criticism or words of hate,

Be kind, be good, and spread some joy.

Going to school is like entering a new world of experiences. You learn things you never knew existed, you make new lifelong friends, you discover talents you never knew you had, and you become a better person. School opens up opportunities to do many things you could never do at home.

Learning how to get along with other people is an important step to leading a better life. You might even meet the person you’ll eventually marry and spend the rest of your life with. There are just so many things at school to make your life better and have fun too.

Let’s face it, our whole lives are formed by our school’s influences. Let’s do it right!

Next week we will share another strip from 2005 in our Timeline series so be sure to check back.