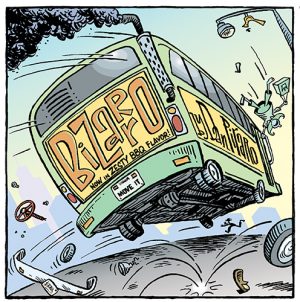 (To embiggenate the image below, click the soul of the man with hidden tattoos.) 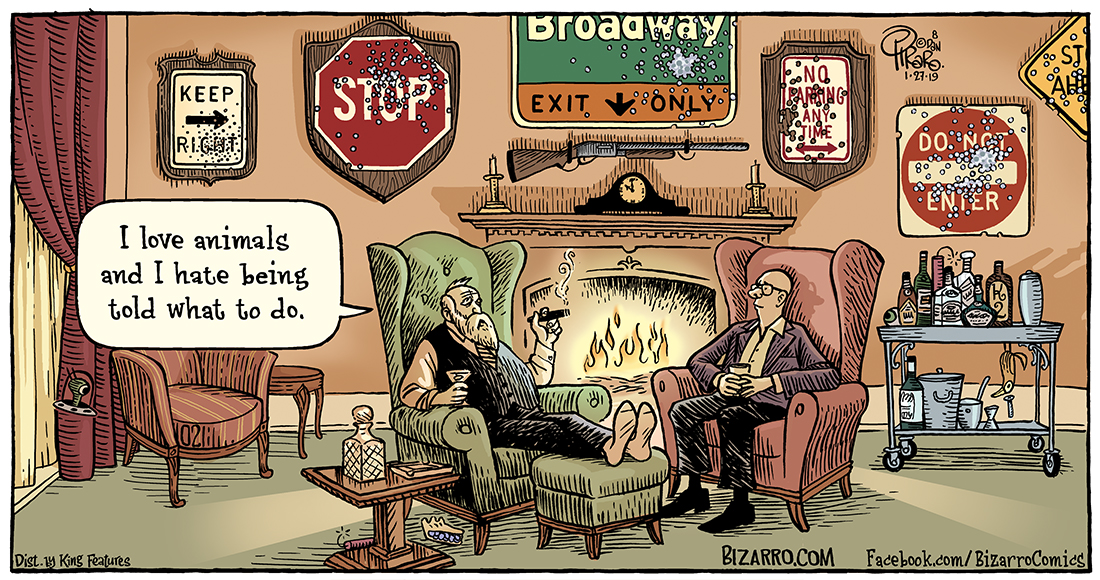 Bizarro is brought to you today by Erroneous Hunting.

You Jazz Pickles in countries with reasonable gun ownership laws have likely not seen many roadsigns shot to pieces. But in the United States, where it is every person’s constitutional right to own killing machines—often even if they are mentally ill and/or have a history of violence—and no one’s right to be safe at schools, churches, concerts, parades, movie theaters and the like, one sees this fairly routinely in more rural areas. I’ve never been present for the execution of this inane act so I can’t say for certain that it isn’t a kind of self-defense, but my guess is it’s just rednecks blowing off steam.

In the case of the character in my cartoon above, however, he at least has a more respectable set of reasons for the trophies in his man cave.

If you’re wondering what Wayno was shooting holes in last week with his cartoon Glock, read on… 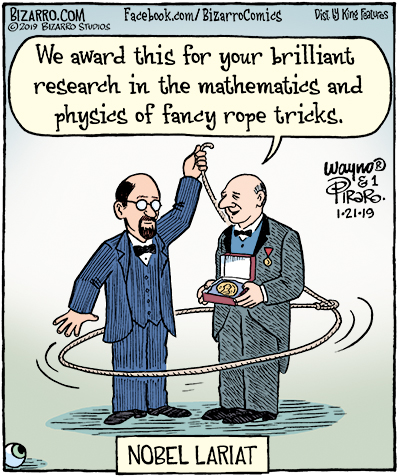 My favorite Nobel Lariat is Will Rogers. I grew up in Oklahoma where Rogers is a state hero but he’d hang himself with his own lariat if he knew the kind of politics his fellow Oklahomans are practicing these days. 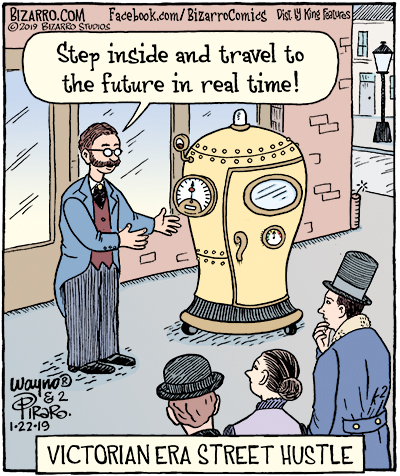 I’ve spent the entirety of my life in yesterday’s future and today’s past. Not sure where to go from here, though. 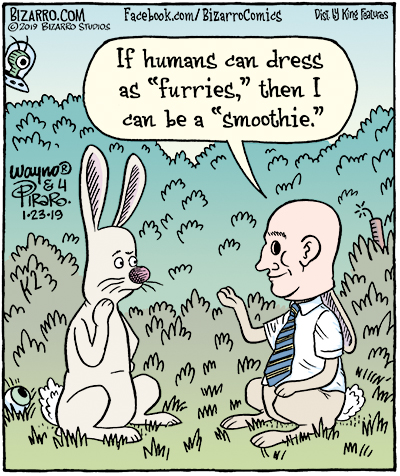 I know people who claim to have a smoothie-a-day but I hope this isn’t what they mean.

The gym gave this guy a special parking place with a reinforced, concrete wall. 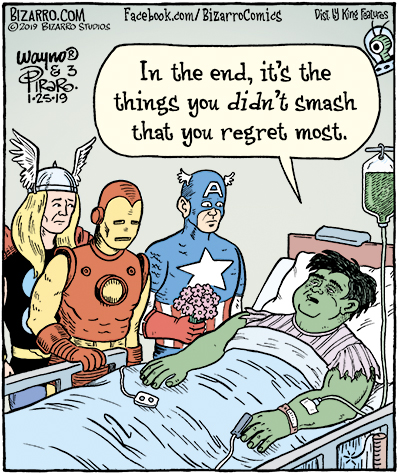 And the Brit said, “I think your career was simply smashing.” 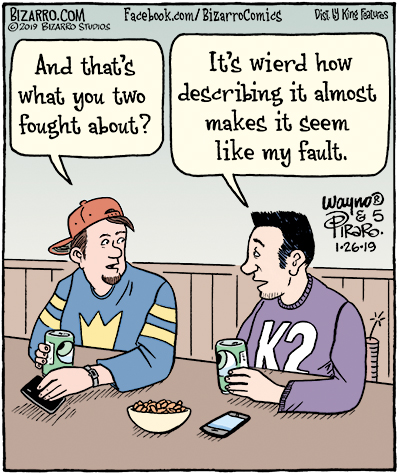 I strongly suspect that Wayno’s wife wrote this gag but he firmly denies it. Who knows? Maybe mine wrote it and sent it to him.

Don’t forget to waft past Wayno’s weekly blog about these same cartoons in which he tells numerous amusing anecdotes and shares a link to some musical oddity!

That completes this week’s tour of our silly drawings, Jazz Pickles. Thanks for shuffling along with us for another week. I hope you’re enjoying whatever world you’ve created for yourself and will consider donating to our continued cartooning efforts by doing one of the things suggested in the links below.