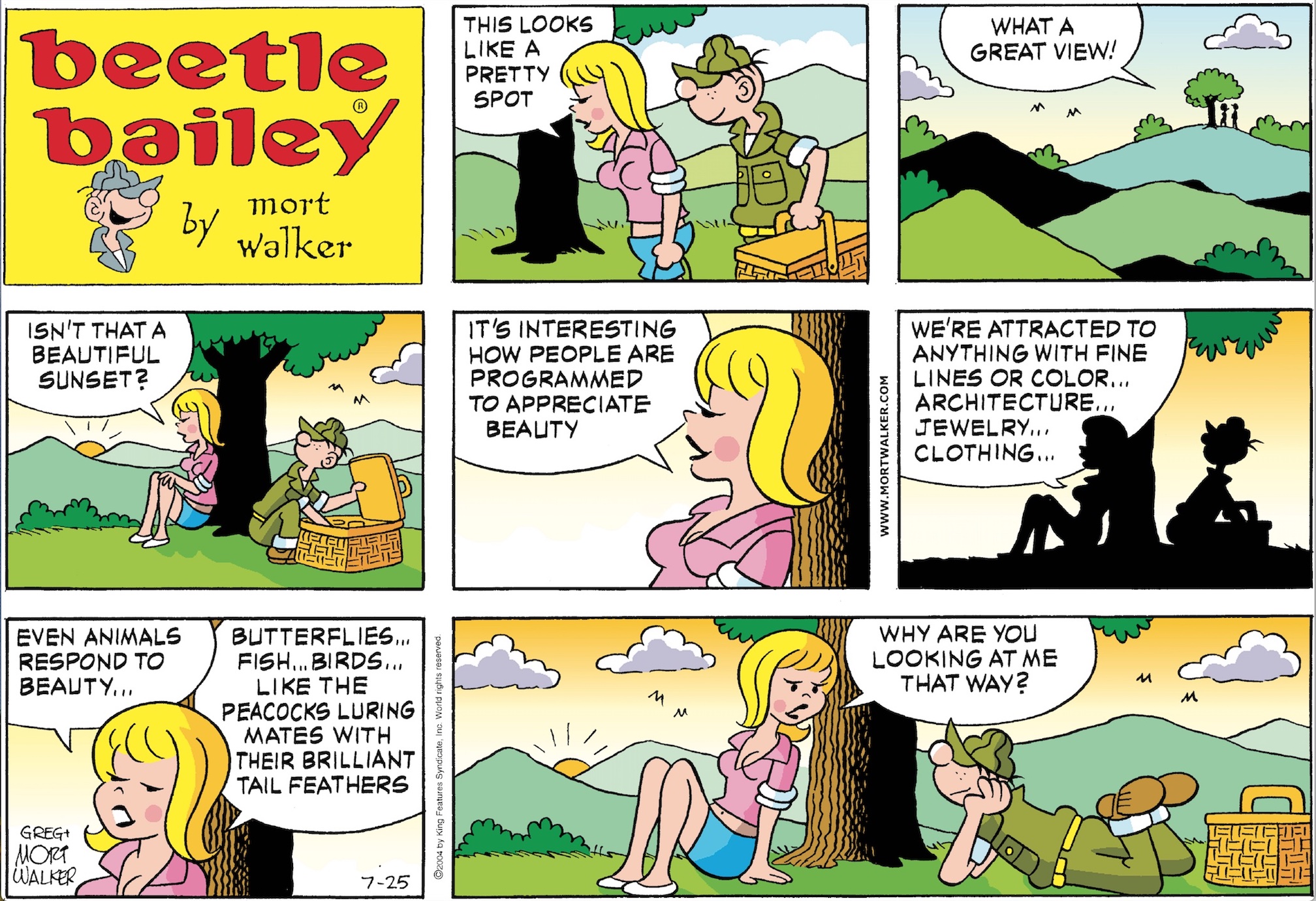 The Sunday page above features one of the most popular characters in the Beetle Bailey cast, the lovely Miss Buxley.  Although we have eliminated the sexist gags with General Halftrack and his secretary, she still appears regularly in the strip.  In recent years, Buxley and Beetle have developed a special relationship.

Mark Johnson, who served for many years as the archivist at King Features, wrote this post at the Comics Kingdom web site on Sept. 3, 2015.

Beetle Bailey has been among the most successful strips America has ever seen, and has a large international following. In Scandinavia, Beetle is one of the top comic book stars, and has been for many years.

The Egmont Company currently publishes Beetle in a magazine format. Like many European publications, these come out every two weeks hence they have numbers instead of dates. Egmont also has other characters in their magazines, including King Features stars like Zits , Hagar and Hi & Lois, and old favorites like Redeye. They use some of our competitor’s titles like B.C. and Betty in addition to locally produced material. It’s a full mix of funny comics.

Specials, known as “Albums,” are printed throughout the year and are slightly larger in size than the regular magazines. These have thin cardboard covers and the title characters are featured exclusively. There’s no advertising, other than ads for other Egmont comics.

The annual calendar inevitably features more Miss Buxley than Beetle, even some nudity. I guess in the icy northland, political correctness has its limits.

Below are a few examples of these annual calendars. 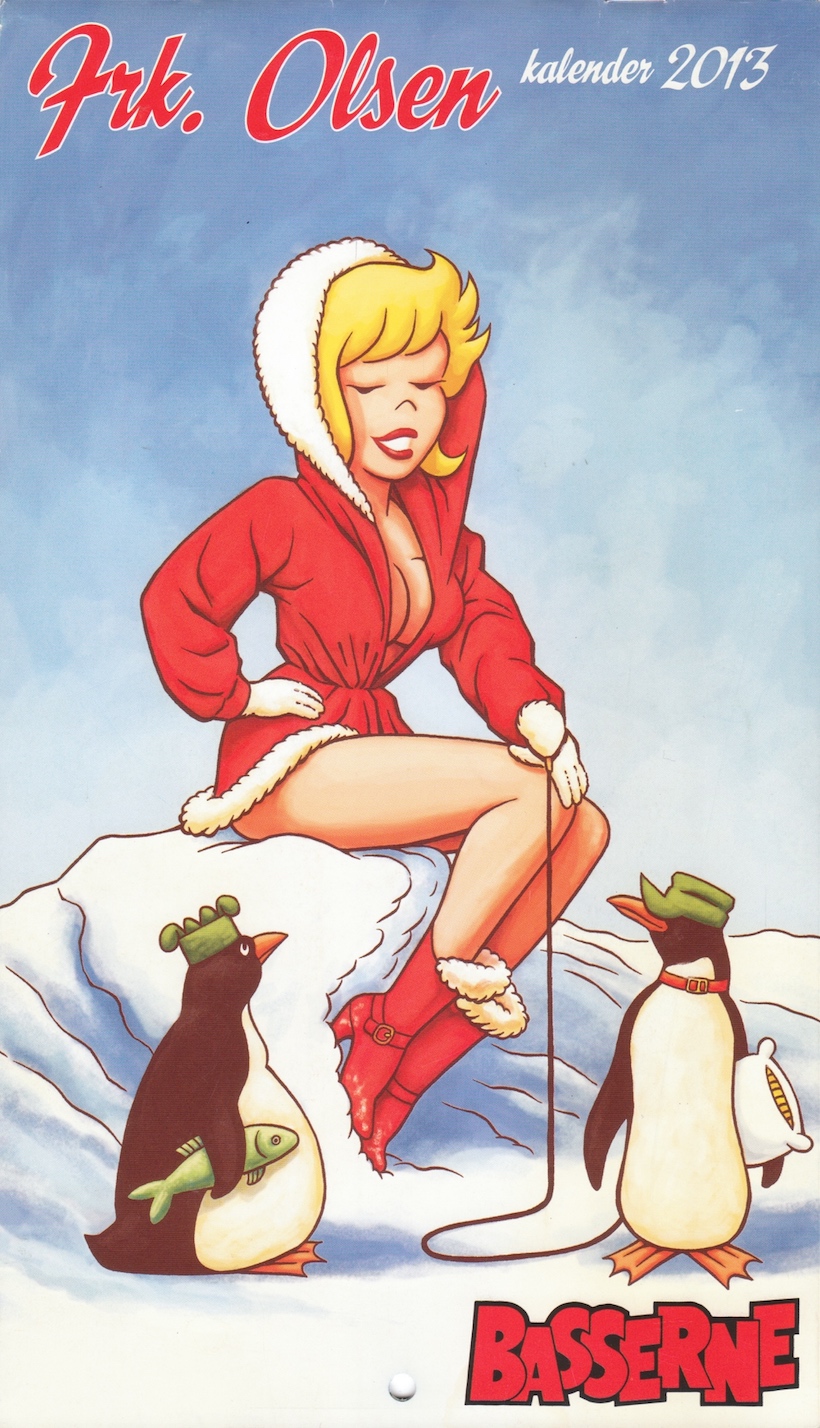 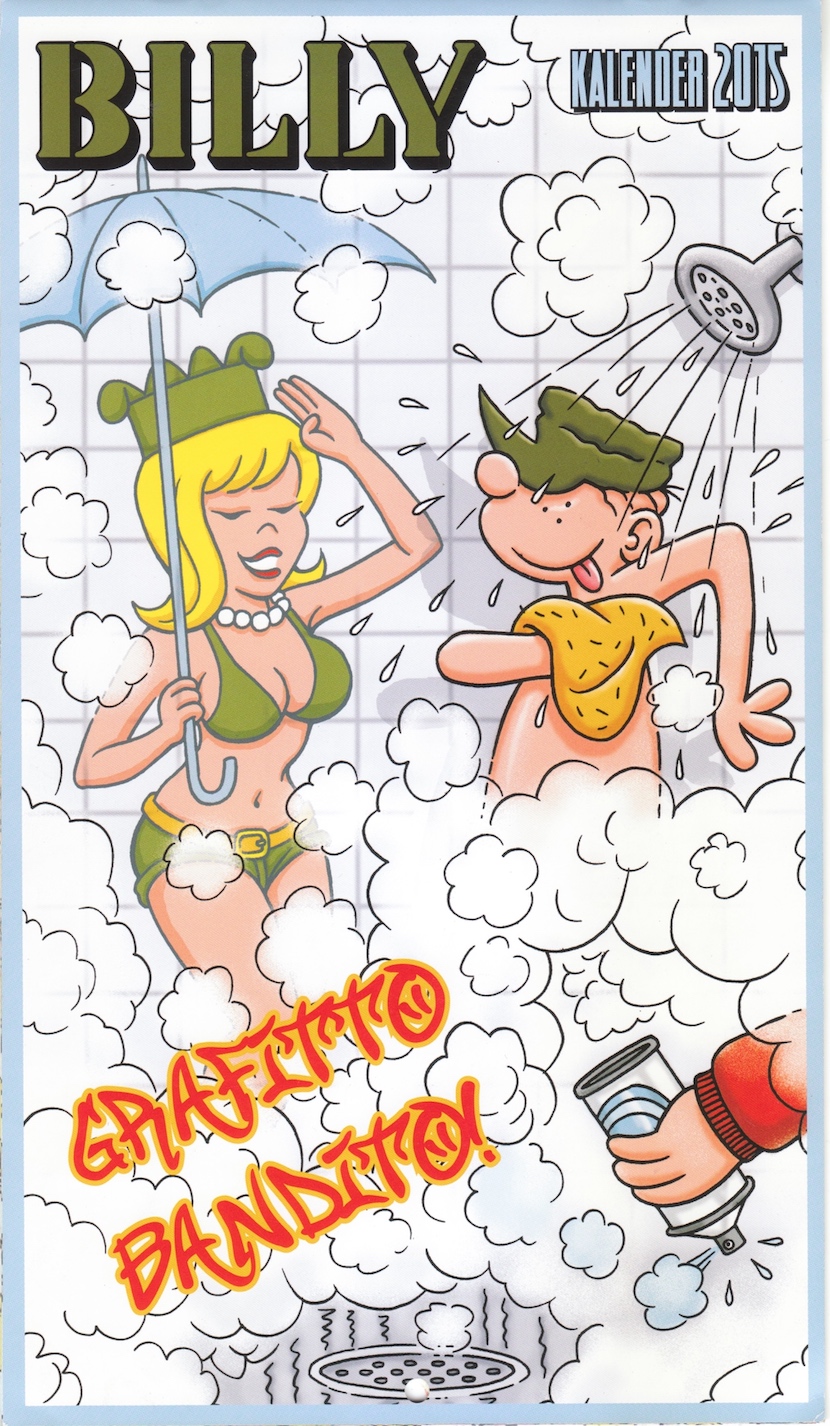 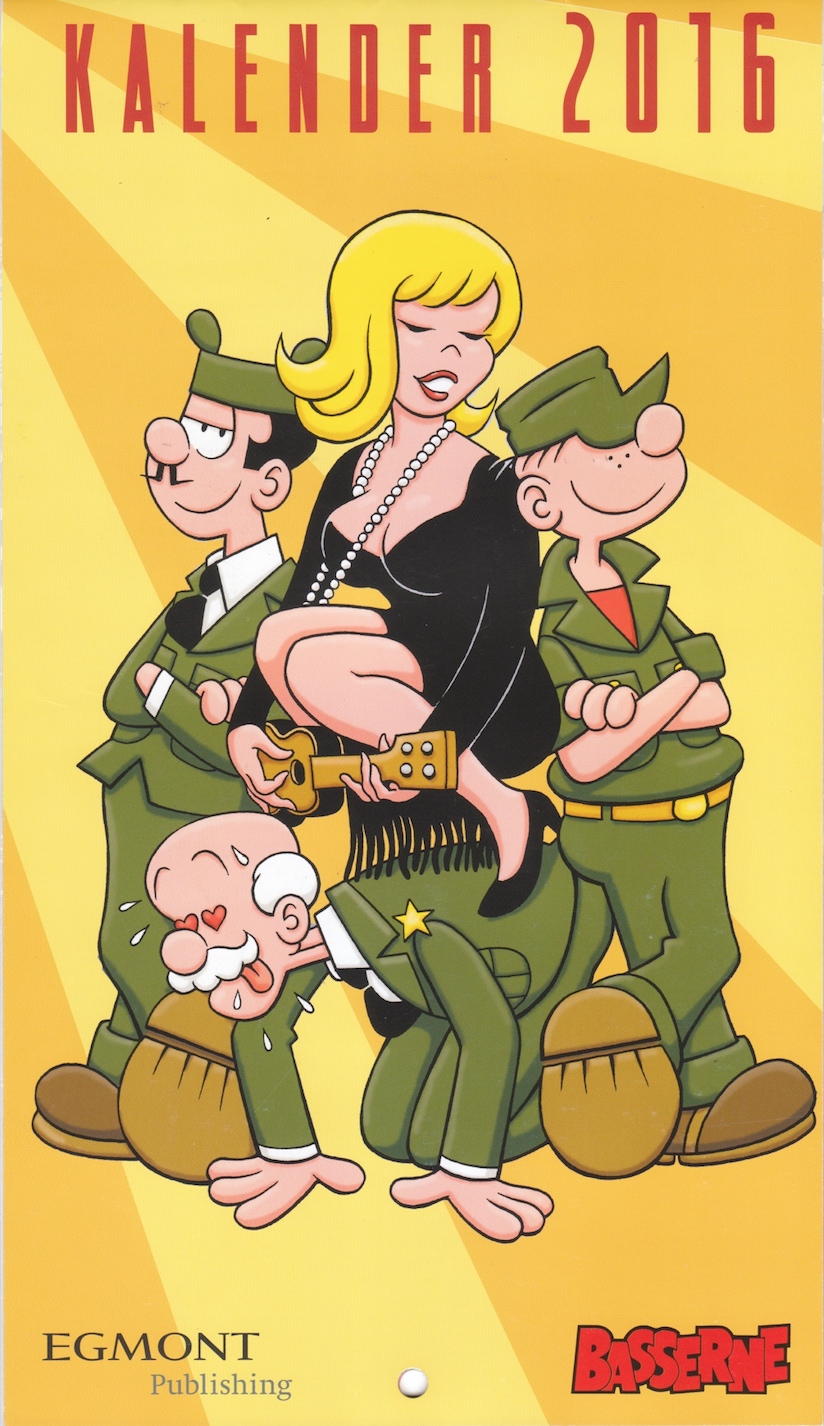 Next week we will feature another classic Sunday page from 2004 so be sure to check back.