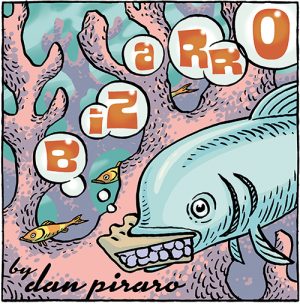 (To engage the embiggenation function of the cartoon below, click the would-be fisherman’s butt.) 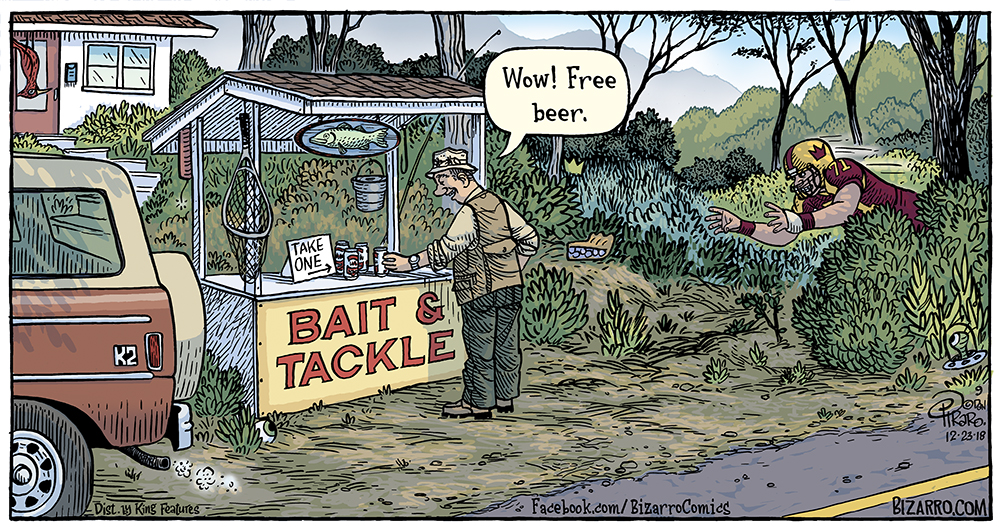 Bizarro is brought to you today by The Perfect Stocking Stuffer.

In years past, I’ve created Xmas-themed cartoons for this time of year but that didn’t happen this year. I’m required by my publishers to submit cartoons four weeks before publication so I needed to write the cartoon for this date back in November and I just wasn’t feeling Xmasy—even in a sarcastic way.

Yes, I know that materialism isn’t the most important thing about life in every American household; far from it. But if you live in the U.S. and think that you are not being relentlessly clubbed over the head by the religion of capitalism, spend a few months in a non-first-world-nation and then go back. I suspect your eyes will be opened.

Still, I do enjoy the simpler aspects of the holiday—getting together with family and friends for food and fun and humor—and I hope you do, too. Along those lines, here’s one of my favorite Xmas cartoons of my own. Feel free to share on the Interwebs. (Without cropping out my legal lines, please and thank you.)

I hope all you Jazz Pickles have a wonderful year-end with those who are meaningful to you, and that a much better year will soon smack us all upside the head. 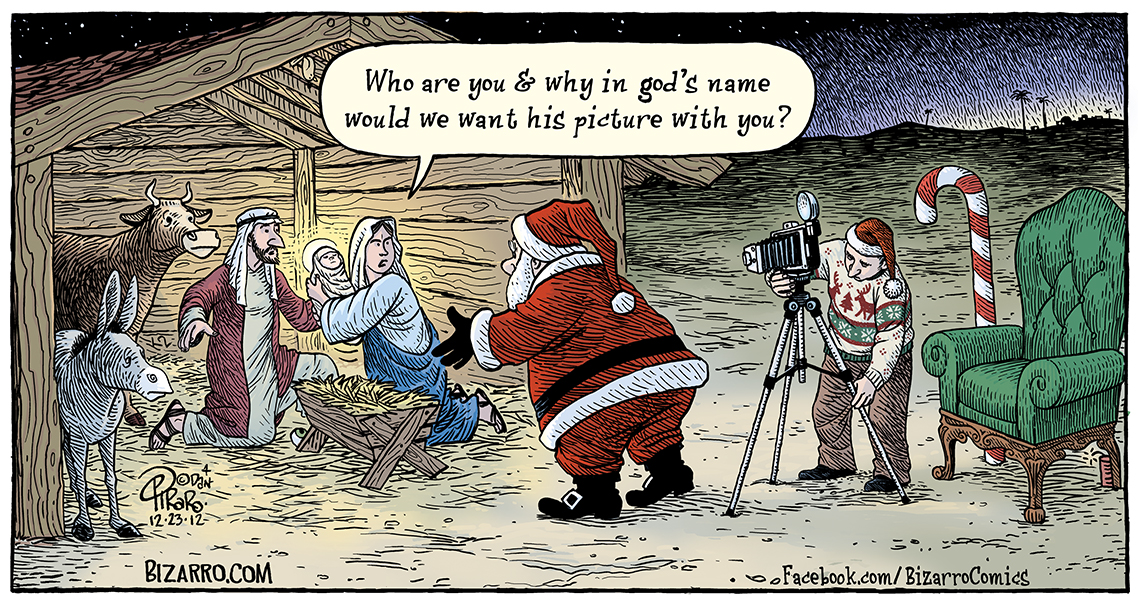 Now that we’ve chased off the Ghost of Christmas Greed, let’s find out what Wayno’s elves have been doing this week in his cartoon workshop at the North Pole (Pittsburgh)…

In their world, the antagonist in Masters of the Universe is Fleshador. 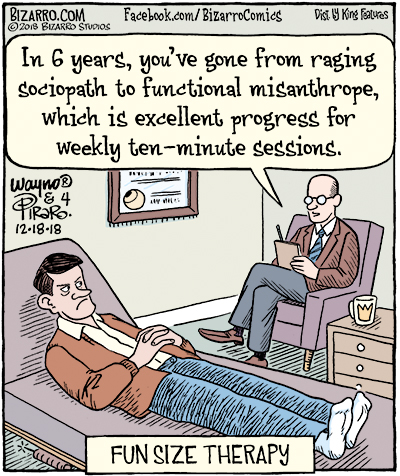 The proof is in the socks. A raging sociopath would never bother to take his shoes off before putting his feet on the couch. I’m surprised he took off his MAGA hat. 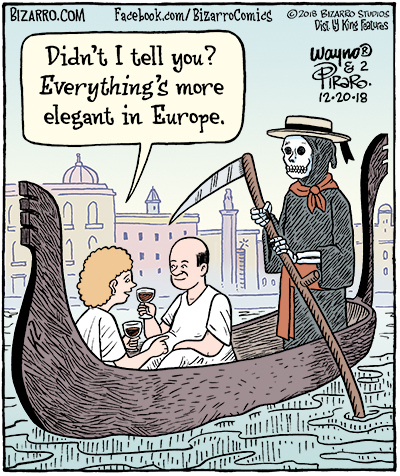 As they say in Italy, “Questa dannata città sta affondando!” Or, “Be careful whose gondola you climb into.” 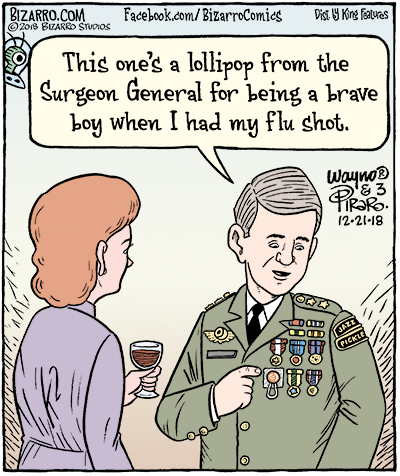 We got a few complaints about this cartoon from people who deify anyone in the military. One guy admonished me with “they risk their lives daily to protect our freedom!”

Let’s be honest and rational: not everyone in the armed services is literally risking their life daily. In fact, most in this day and age virtually never risk their lives any more than the rest of us do. More importantly, one of the key freedoms they are supposedly protecting is our right to free speech, which includes making jokes about the president, military personnel, whatever god you may believe in, Star Wars, and anyone or anything else one happens to hold as sacred.

The most tedious part of being arrested in Los Angeles is the couple of hours you spend in the back of the squad car, stuck in traffic. “Dude. We could have walked to the station and I could have made bail by now.”

Thanks for snowshoeing through our winter wonderland this week, Jazz Pickles! If you want to toss me a holiday gift for making you smile all year, please consider doing so by donating to my son-in-law’s Indie-goo-goo campaign. He’s an awesome guy and is working hard to make a good life for himself and my daughter through the wonders of beer!

And don’t forget to pop over to Wayno’s weekly blog to see what he’s got to say about this batch of cartoons. And, as always, he includes a bonus music track! I particularly like this week’s tune.