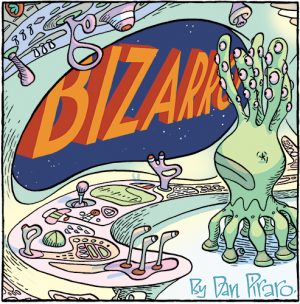 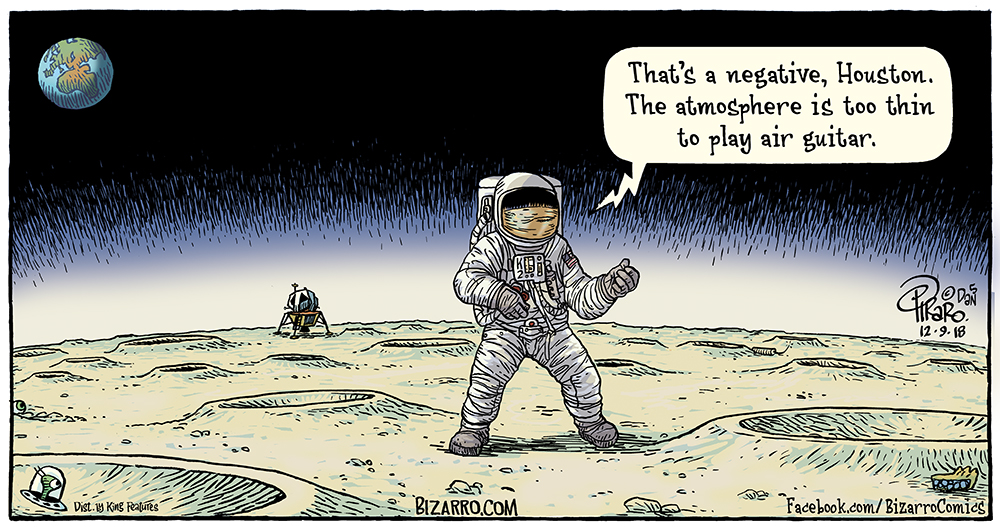 Bizarro is brought to you today by Voyeurs.

The biggest problem with playing air guitar on the moon is the volume inside your helmet, which can lead to hearing loss. Outside of the helmet, you can barely hear anything at all. NASA officials and other super intelligent know-it-alls of science have listed this as one of the top three reasons that render the moon uninhabitable. The other two reasons are the lack of Starbucks locations (only six on the entire moon) and the proximity to Earth, which would be a constant reminder in the sky of how stupendously foolishly we destroyed our original home.

If this knowledge makes you wish you had a new stocking cap with a Bizarro Secret Symbol on it, you’re in luck! These have just been listed and are ready to ship. (Ask for expedited shipping to arrive by Dec 24 and order soon!) 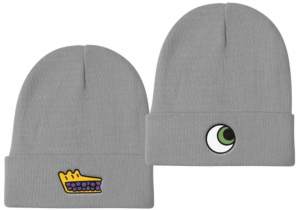 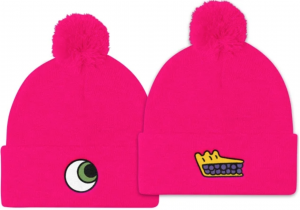 Two styles, two symbols, and two colors to choose from! And there are lots of other cool things in our shop, so check those out while you’re there. WE ALSO HAVE GIFT CERTIFICATES!

Now that your holiday shopping is finished, let’s check out what Wayno was doing with his Kartoon Kreation Kit this week… 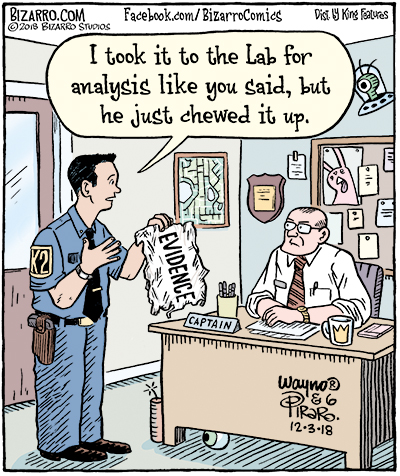 And his next assignment will be staying with the Lab till he gets that evidence back. #MyDogAteMyBloodstainedHomework 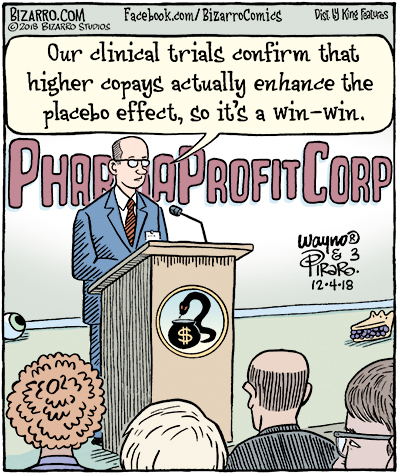 I can’t think about Big Pharm long enough to write something amusing about this cartoon because I am under advice from my physician not to do allow my soul to wither and die. 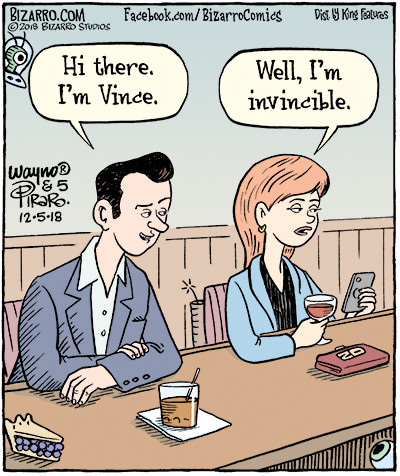 This dude is a lounge lizard, bar baboon, tavern titmouse, and pub parasite. But his friends just call him “Smarmy”. 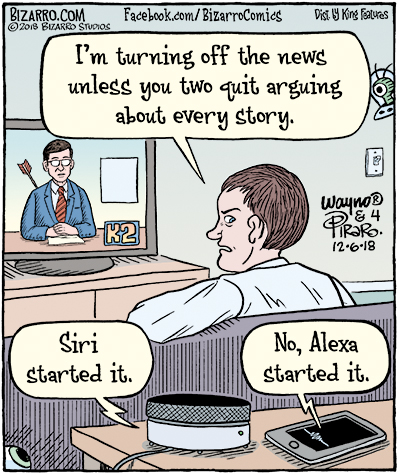 If you’re looking for an impartial third party witness to solve the argument, ask the NSA. At George Orwell’s instigation, people used to worry about an oppressive future government (Big Brother) that would track our every move and thought. Sadly, we don’t have to wait for that; we’re doing it to ourselves. Meanwhile, in Wisconsin and countless other places in the U.S., the Republican party is successfully endeavoring to eliminate all opposition and become the only government. Orwell was right and 1984 has arrived—if a couple a decades later than he predicted. 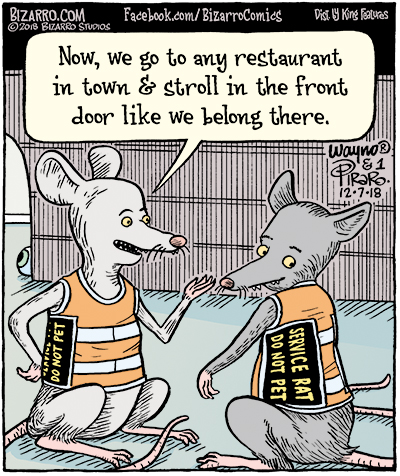 Whether they are working or not, I never pet rats, which is one reason I’ve never gotten bubonic plague.
Don’t miss Wayno’s weekly blog about this batch of cartoons. Lots of fun and extras! 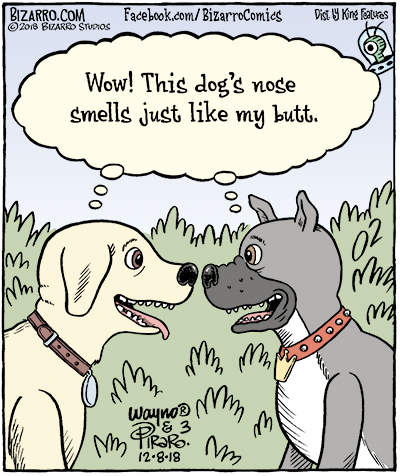 Natural selection being what it is, and dogs being as close to humans as they are, you’d think that by now they’d have evolved to lose their attraction to all things surrounding the fecal arts. My beloved Olive Oyl and I have two dogs and we love them in spite of being disgusting. Come to think of it, that applies to a few of our friends and family members, too, though for different reasons.

Thanks for coming along with us on our comedy trail ride this week, Jazz Pickles. We deeply appreciate your readership and hope you’ll support our efforts by visiting the links below and grabbing some fun stuff for yourself.