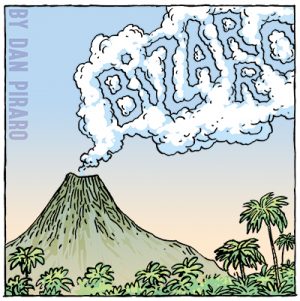 (To embiggenate the image below, click any fig leaf.) 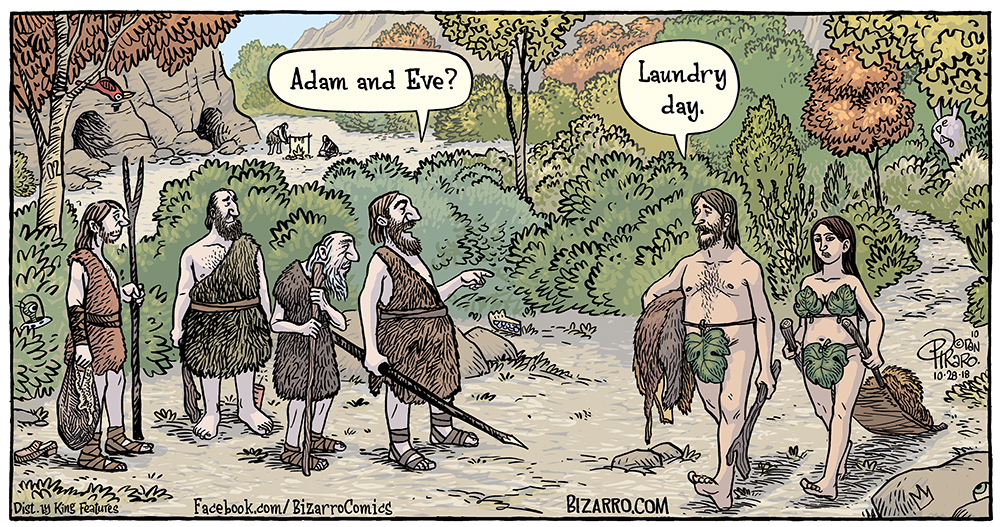 I don’t know about the rest of the world, but here in Mexico we changed the clocks last weekend for Daylight Savings Time or to quit having Daylight Savings Time and go back to Not Saving Anything Time or whatever it is called. I’ve long been an advocate of not doing that anymore for two reasons: 1) What’s the point of it anyway? 2) It is widely accepted within the scientific community that the world’s two most difficult technological tasks are calibrating the Large Hadron Collider in Switzerland, and changing the time on any average dashboard digital clock. For the next six months, I have to do math whenever I want to see what time it is in my car, so let’s quit this nonsense already, shall we?

On a less relevant topic, were fig leaves truly the most functional and comfortable vegetarian clothing options in prehistory, or was it just because of their size relative to the scary human bits they were employed to hide? I can’t help but think that fern fronds would be more comfortable and flexible. Some can be quite large. (Fronds, that is.)

Have you been wondering what in Zeus’s name Wayno was doing last week in his cartoon laboratory? Let’s find out… 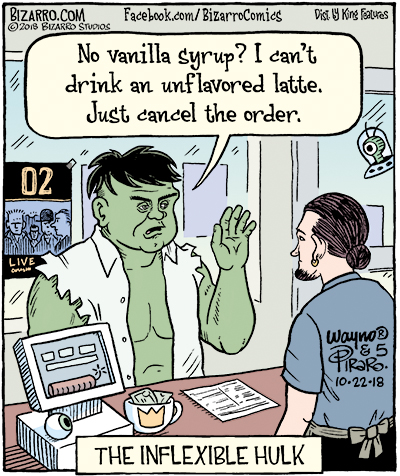 I don’t blame him, man. If I can’t get exactly what I want in my high-maintenance dessert coffee beverage, I feel like I might as well be spending six months drinking warm tap water in an immigrant refugee camp at the Texas border and wondering where the hell my children are.

I guess all I’m really saying is that happiness is directly tied to expectations. And the cruelty of your local government. 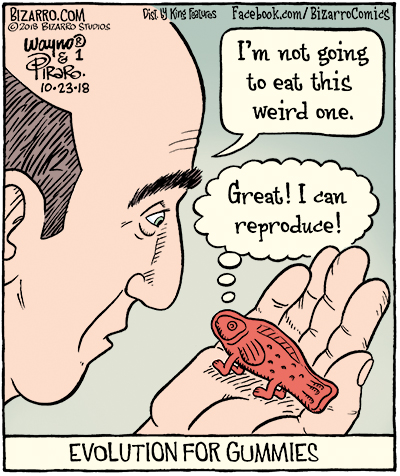 According to the latest tweets from the Apricot Satan, hoards of gummy fish are evolving and becoming gummy mammals, storming our beaches and planning to rape and murder Americans while selling drugs and stealing jobs. (For more lies about immigration, vote Republican!) 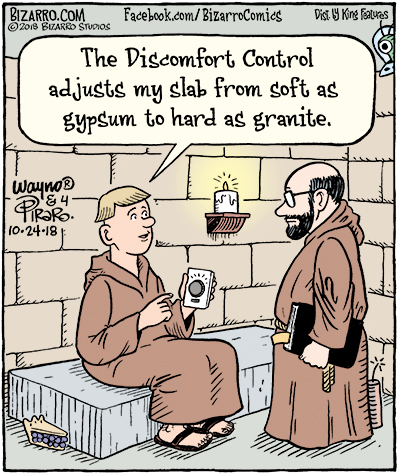 How long before they put that dial on bottles of Viagra? (Most bottles only go up to ten but Nigel Tufnel’s goes to eleven.) 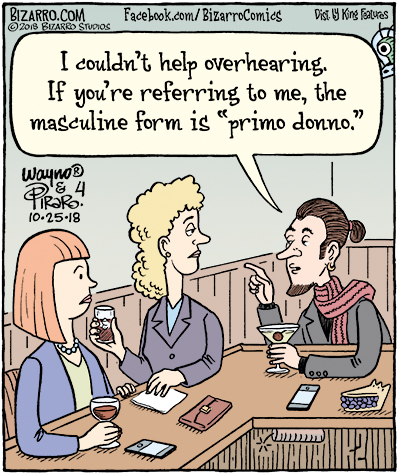 In Italian, “primo donno” means “Not the first Don”.    #LearnToSpeakFakeItalianIn30Days 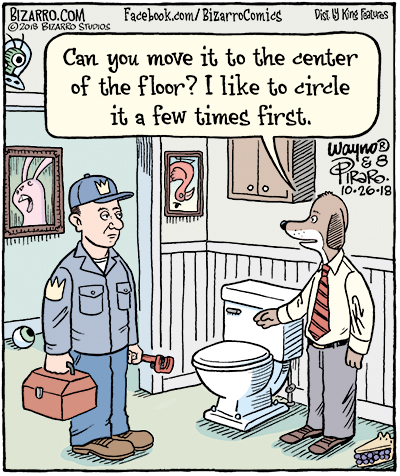 In the next episode, tempers flare when the plumber catches Mr. Hound sniffing his butt crack.

As always, don’t miss Wayno’s particularly amusing rundown of this week’s cartoons on his weekly blog. This week, he also added a dandy little ditty from the golden age of commercial jingles about coffee which will keep you up at night.

That’s the comedy cracker barrel for this week, Jazz Pickles. Thanks for climbing into it along with us. The opening of my first non-cartoon art show was Saturday and we had a great time. I’ll do an entire blog post about it with photos and video in a day or two, so sign up for my email alerts at the bottom of this post so you won’t miss it!