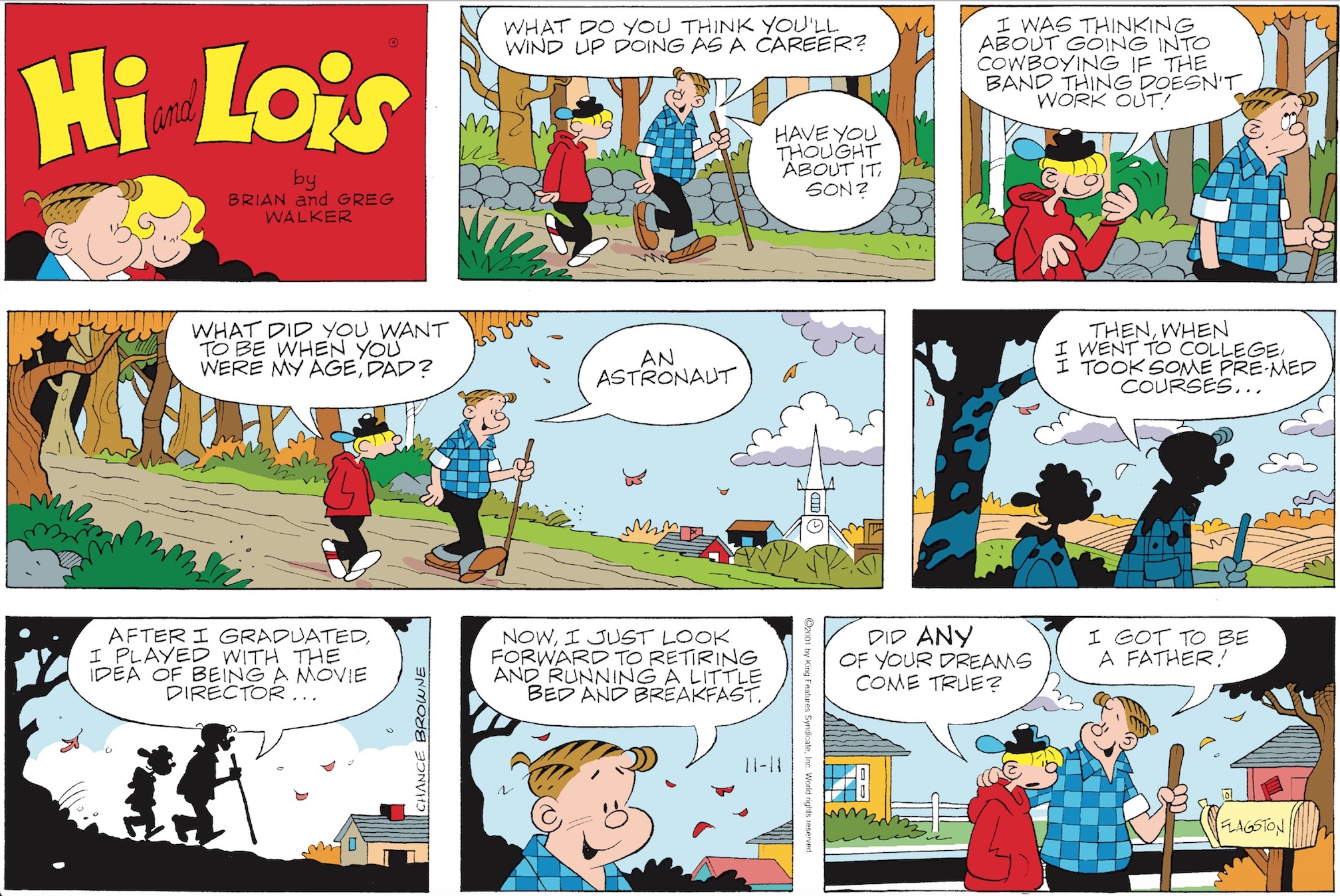 One of our favorite fall scenarios is when Hi and Chip go on walks together and have a father and son talk.  It’s an opportunity to explore some big issues, like future plans, girls or life in general.  It helps to have some colorful foliage in the background.

In the episode above, Chip asks Hi what he wanted to be when he was a teenager.  Astronaut, doctor and film director were among his more ambitious plans.  Now he has more modest goals.  But fatherhood was one of the dreams he did get to realize. Sometimes an “AW” moment is better than a laugh-out-loud punch line.

Ten years later we did a similar scene.  Here is the original gag that I wrote and drew.

Chance Browne did the final page in pencil and pen-and-ink.  This is the “drop panel” that was added at the top.

Then he did the color guide, with numbers that corresponded to the Pantone color chart.

There’s a lot of work that goes into producing a daily comic strip.

Next week will be our final Timeline installment from 2001, so be sure to check back.