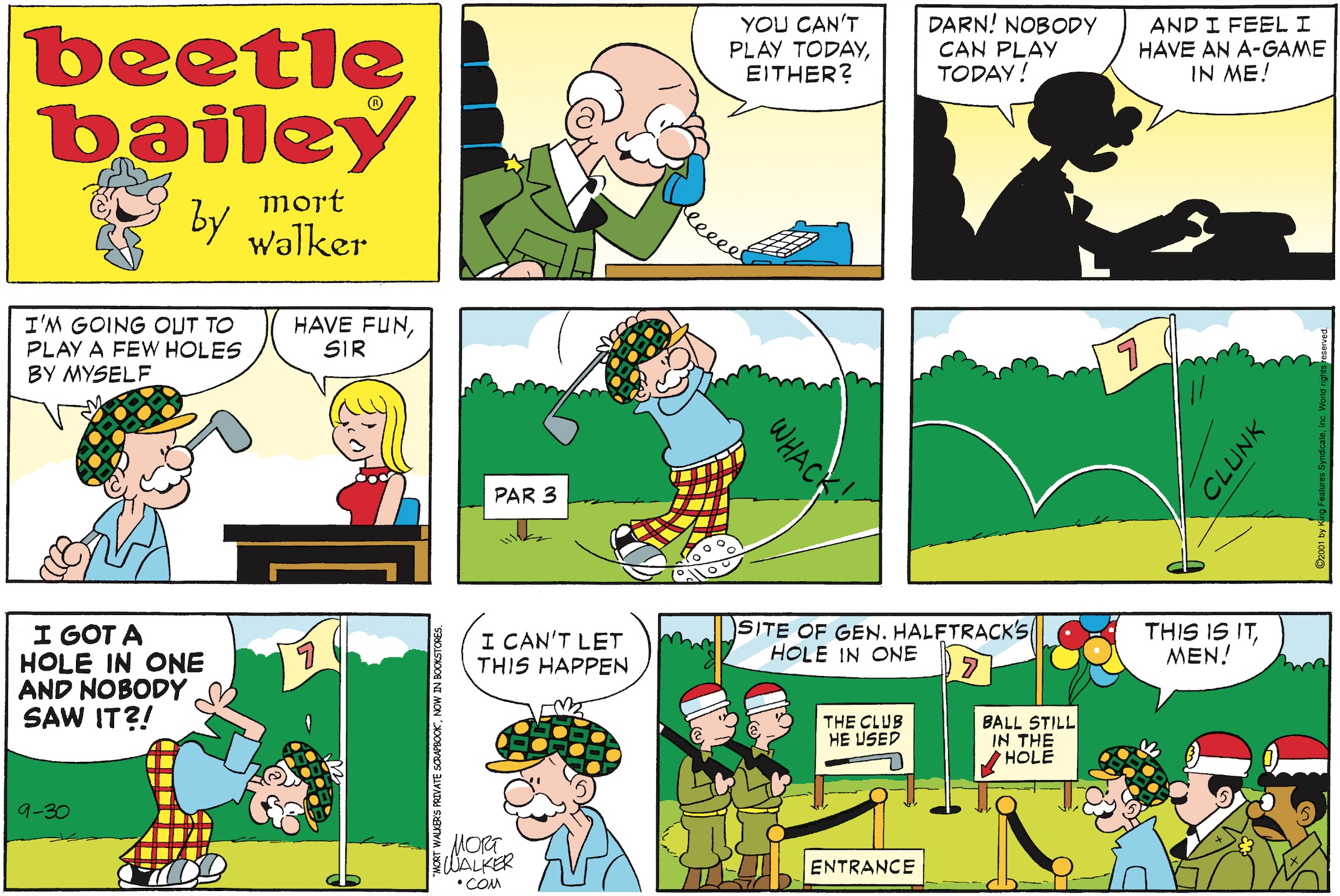 In the Sunday page above we had fun imagining what might happen if General Halftrack finally got a hole-in-one – something he has been waiting his entire life to do.  Of course, if no one were there to see it, he would show off and make an even bigger deal out of it.

Golf is a frustrating game.  For that reason it’s a fertile source for humor. The General is not very good at golf and often takes his frustrations out on his clubs. 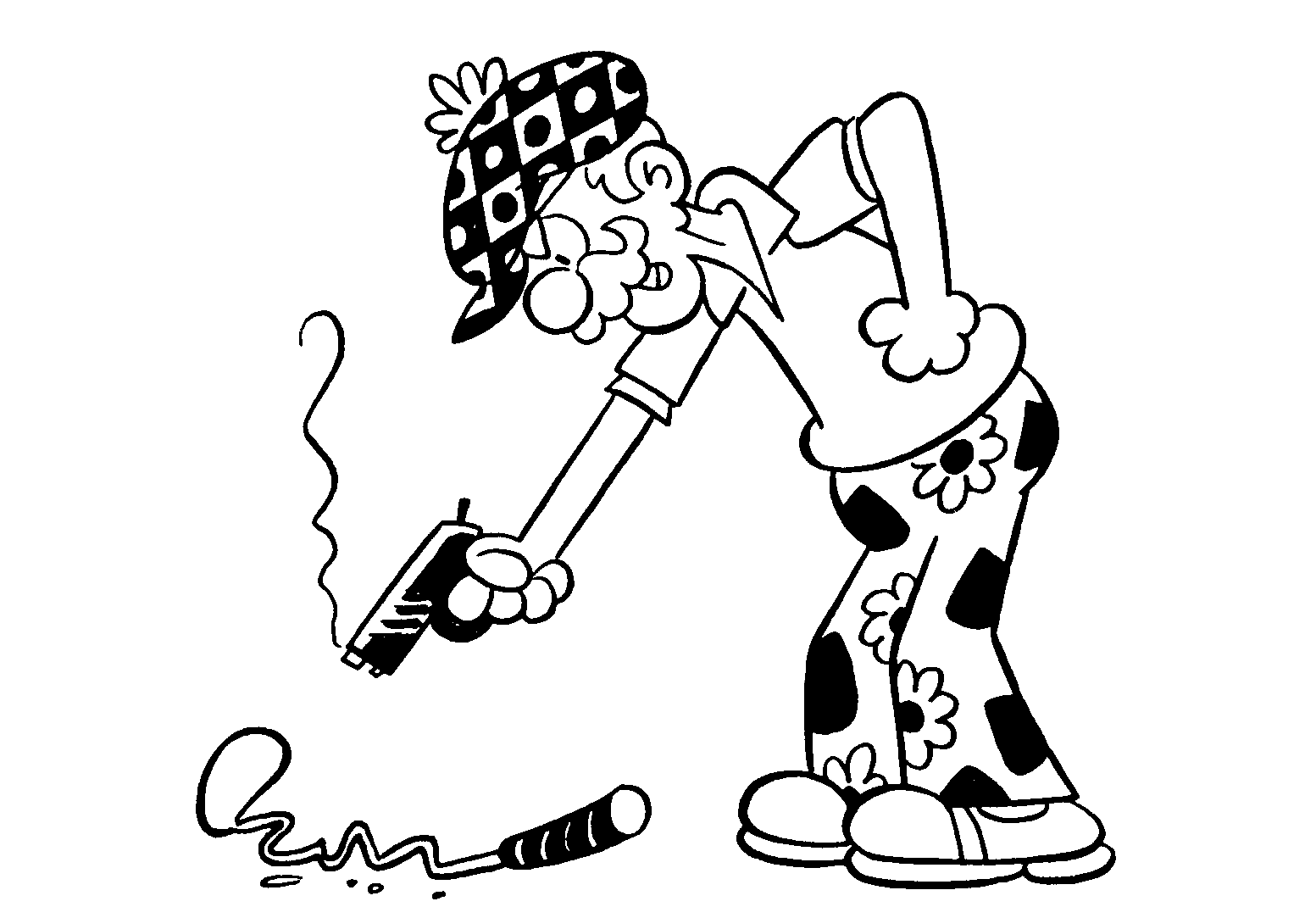 Mort Walker was an avid golfer.  In his autobiography he remembered a time early in his career when he was having back problems from overworking.  “I found that walking helped and I thought golf would add some interest to the walking.  I talked my buddies John Cullen Murphy, who does Prince Valiant, and John Fischetti, a Pulitzer Prize-winning editorial cartoonist, into learning the game with me.  We played every Friday and I was hooked from then on.”

There were a lot of cartoonists in Connecticut where Mort lived and soon there was a large group of golfers that wanted to play together.  Mort would schedule the outings and sometimes had as many as four foursomes.  Eventually they started an annual event, The Connecticut Cartoonist Invitational Tournament, which continued for over 50 years.

Below is a birthday card that longtime friend and Superman artist Curt Swan drew for Mort when he turned 60 in 1983. All the names on the roster were actual members of the group. 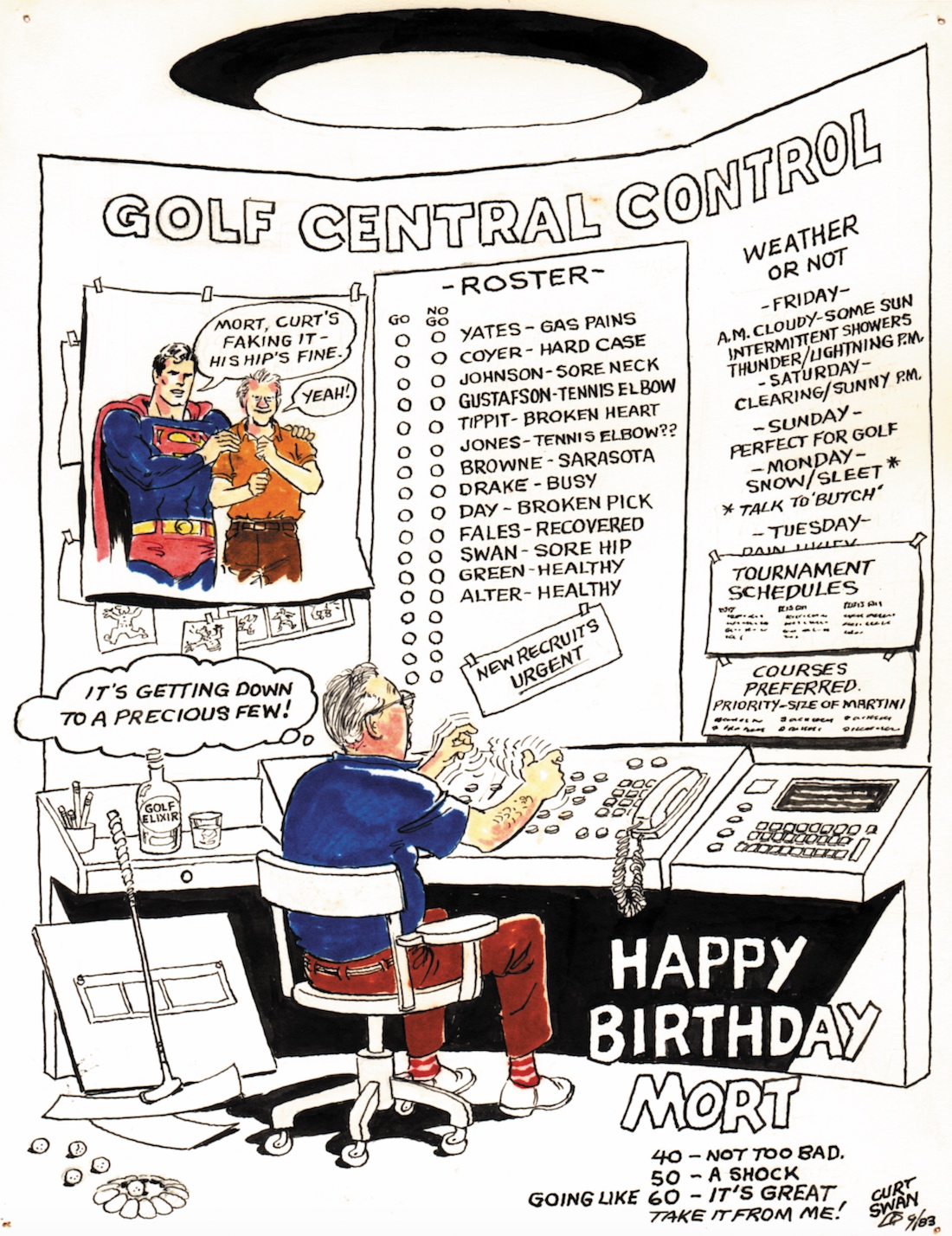 Next week we will feature our last Timeline installment from 2001, so be sure to check back.