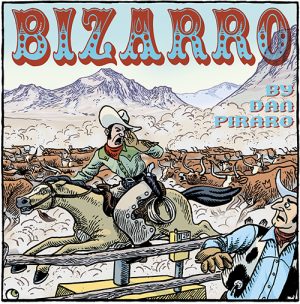 (For the zesty flavor of embiggenation, click the pirate’s horse.) 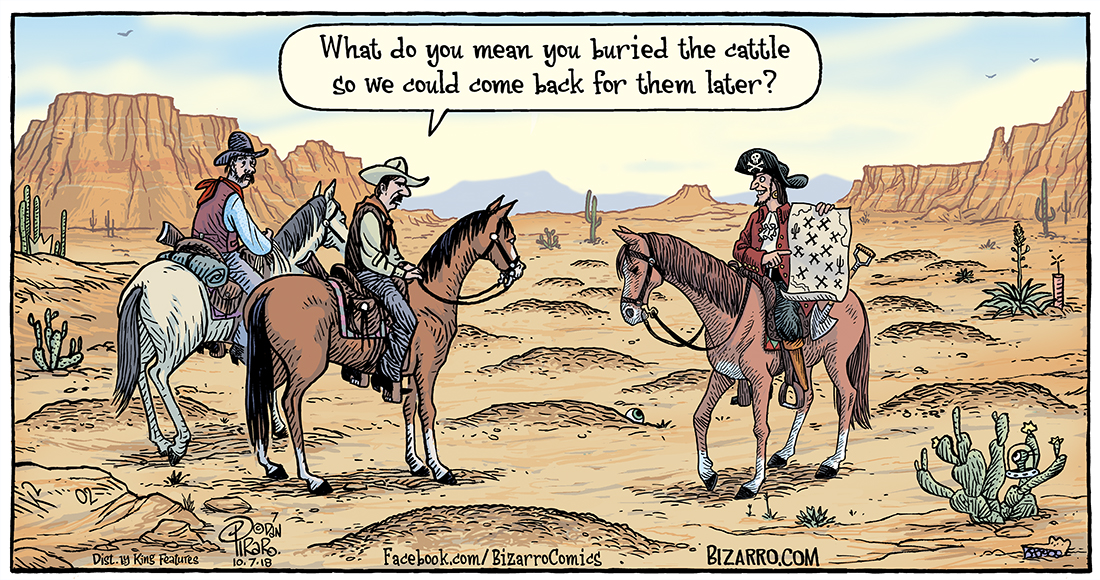 Bizarro is brought to you today by Spoiled Rich Kids.

In spite of the similar nature of their hats, pirates and cowboys don’t always mix well as I first discovered in this cartoon back in 2008. Like full-size cannons and reggae music, not everything that worked in the Carribean worked on the American frontier.

In more important news, we had a caption contest this week and I’m about to designate the winner! If you missed the contest, sign up for email alerts in that box in the margin of this page. That way, when I post a new blog thing (rarely more than once a week and your addy will never be sold or shared) and you’ll be sure not to miss all the fun things happening at Rancho Bizarro. 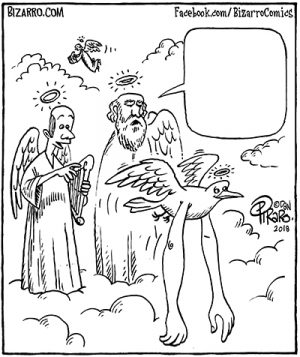 We got hundreds of entries and Olive Oyl, the K2s and I read them all and chose the winner. Second runner-up was this one, for being so completely surprising and nerdy that it made me laugh (WARNING! THE FOLLOWING CAPTION HAS A NAUGHTY WORD!):

“If that thing ever fucks a dragon, we’re gonna have a Trogdor to deal with.” —gymnopete

First runner-up is this one, which gave me a chuckle:

And the winner, who will receive a $20 gift card on our Bizarro Shop is:

“Just send it to Australia, they won’t notice.” —ilovesherlockandloki

A number of people stumbled upon a caption quite similar to my original one back in ’99, which was, “They already had wings, so they get hands.” I stated in the contest rules that anything too close to my original joke would be disqualified but I didn’t want to post my original joke for fear it would disturb the creative process of too many of you.

Thanks to everyone who participated! Let us know if you’d like me to do this again sometime or if the whole thing just left you feeling dirty and used.

IN OTHER AMAZING NEWS FROM RANCHO BIZARRO THIS WEEK…

We posted a brand new enamel pin this week and we hope that you’re going to love it! View it more better and think about buying one here. And below is a picture of the groovy card that it will be pinned to when you receive it in the mail. You’re going to want to save the pin and the card in a special place! (Click to embiggenate.) 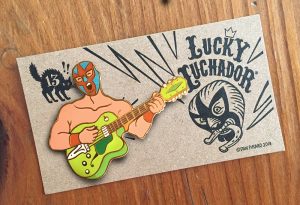 That was a lot to catch up on—thanks for your patience. Now let’s see what Wayno has been chiseling into the walls of the Cartoon Cavern this week… 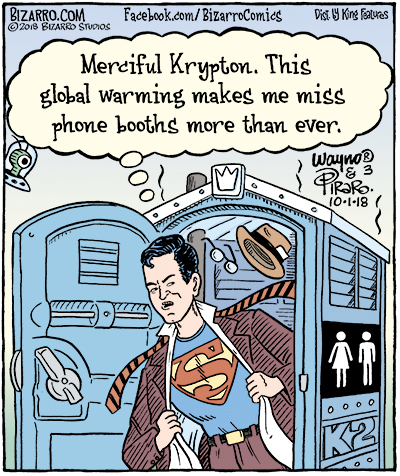 Faster than a speeding bullet, more pungent than a Russian wrestler… Up in the sky, it’s a bird wearing clothing, it’s a plane trailing some toilet paper… 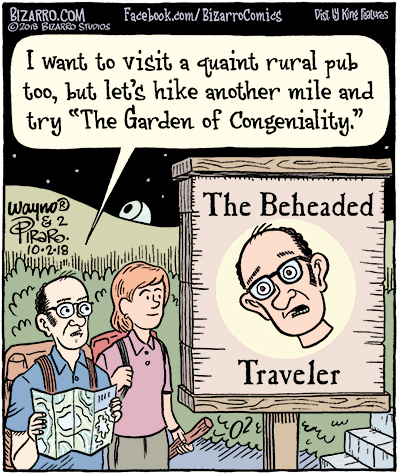 Is it just me, or does the wife still look keen to give this pub a try? 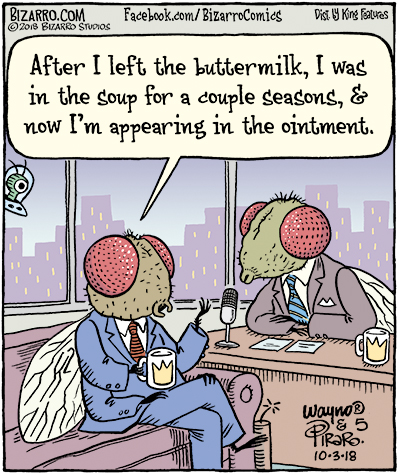 The show has only been on for three months and has already had four hosts. (The headlines this past week made me envy species with shorter lifespans.) 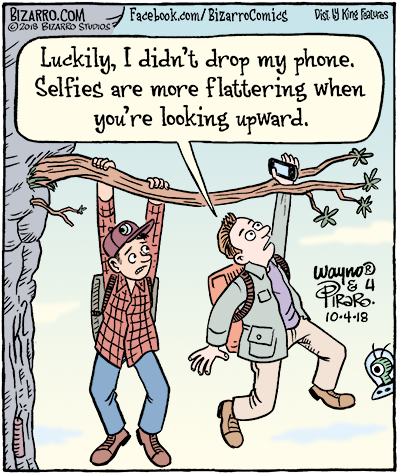 As for me, my selfies are more flattering the less of me I get in the frame. 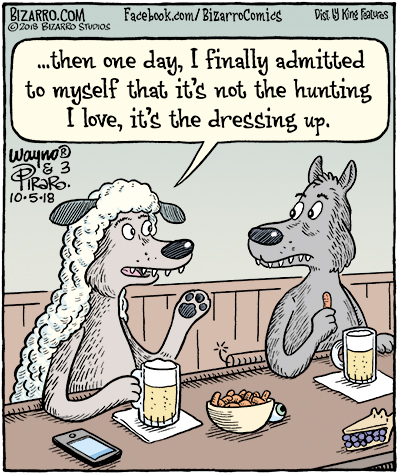 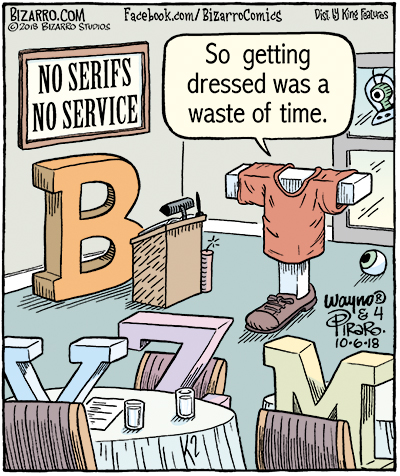 What kind of shirt is that guy wearing? Oh, never mind.

For more fun humor hilarity of an amusing sort, be sure to check out Wayno’s weekly blog where he makes you smile in ways I did not!

That’s the end of the cartoon trail for this week, Jazz Pickles. Thanks for moseying along with us. We hope you’ll check out the links below and consider tossing a buck or two our way to help keep the campfire burning at Rancho Bizarro. The newspaper business these days ain’t what it used to be.

Until next time, be happy, be smart, be nice, and resist ignorance and fascism.