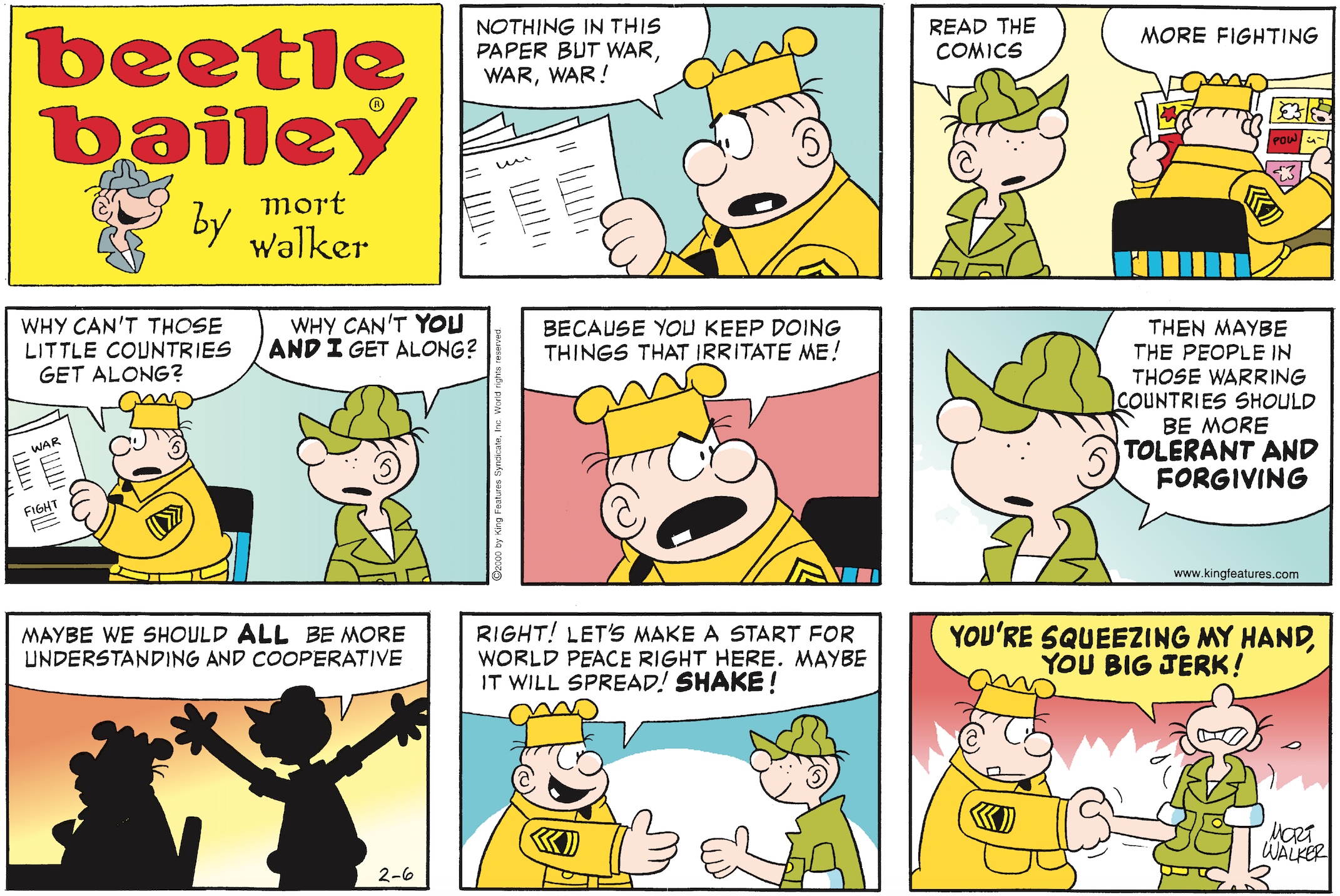 The International Day of Peace, a United Nations-sanctioned holiday, is observed annually on September 21. Dedicated to world peace, it was first celebrated in 1982.  The ringing of the United Nations Peace Bell at its headquarters in New York City is among the many events that take place on what is also known as World Peace Day.  There is an inscription on the side of the bell that reads, “Long live absolute world peace.”

In the episode above Beetle makes a point that all nations of the world should be more tolerant and forgiving.  Sarge suggests that he and Beetle start by shaking hands and agreeing to get along.  Of course, it’s never quite that easy.

Mort Walker once said that, “Beetle Bailey, by its very nature, is a commentary on the military establishment in this country, a playful satire on bureaucracy and the system.  I also throw in some pithy comments on race, war, sex and various social problems without getting too heavy handed.  I want my strip to be fun, not preachy.”

Here’s a classic anti-war statement from 1963.

In this Sunday page from twenty years later, Sarge has a brilliant idea to end war. 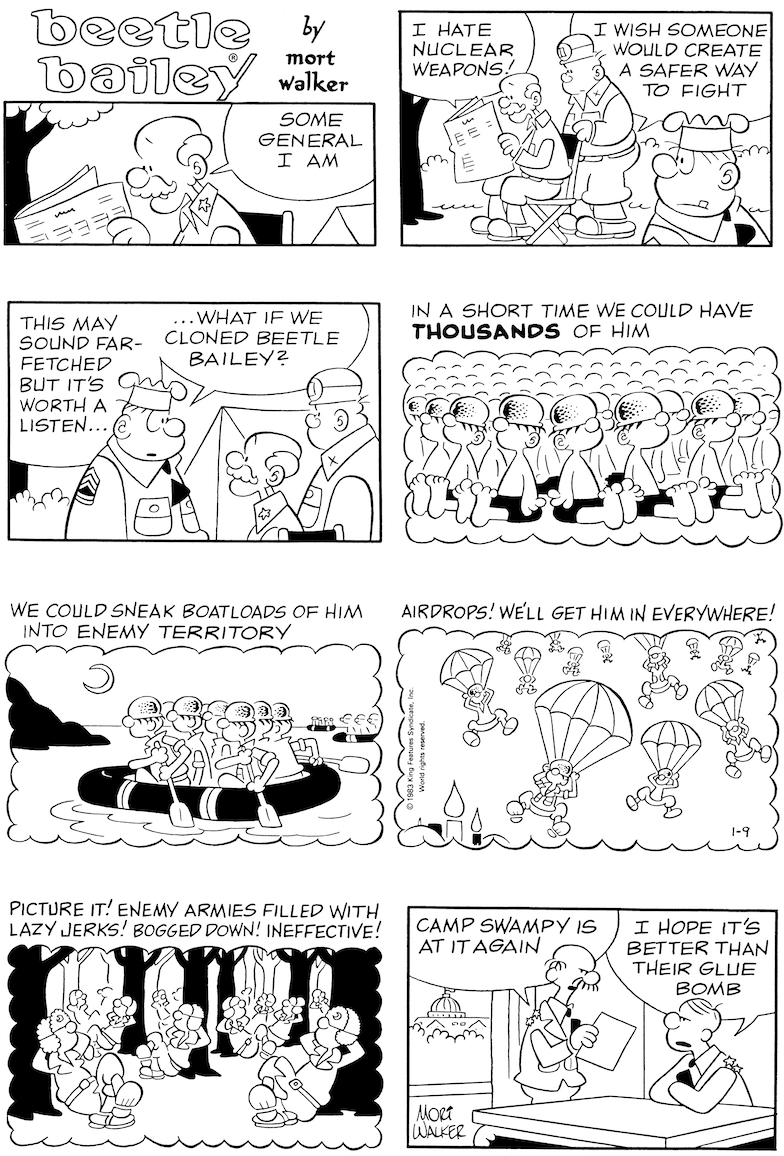 Next week we will be moving on to 2001 in our Timeline series so stay tooned.