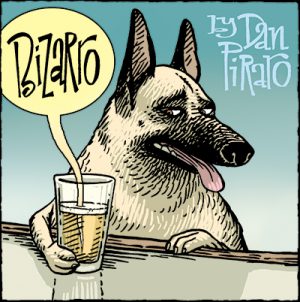 (To embiggenate the image below, click on the dachshund’s loafer.)

Bizarro is brought to you today by Spoiled Children.

By this time in the history of our short-lived, self-destructive species, we’ve all be “phubbed” and have likely been guilty of phubbing others. I’ve noticed while walking my dogs that when they get a smell in their snoot, they are as incapable of paying attention to anything else as many people are when they are on their smartphone. Hence this cartoon.

Now that you know how cartoons are written, you can write your own and won’t need me anymore. It was nice knowing you.

Before you toddle off, however, please note that just this morning we’ve added a new, temporary product to our shop. It’s the cartoon below on a shirt, and 15% of the proceeds from it will go to Americares, an orginization that is providing relief for the folks affected by Tropical Storm Florence. Grab one for yourself or, better yet, send it as an anonymous gift to the climate-change-denier in your life. (Note: Unlike the Cheeto Mussolini, when we say we’re giving money to a deserving cause, we actually give the money to the cause.)

This cartoon is also suitable for those who do not trust science, of course. Have a look at the shop now. 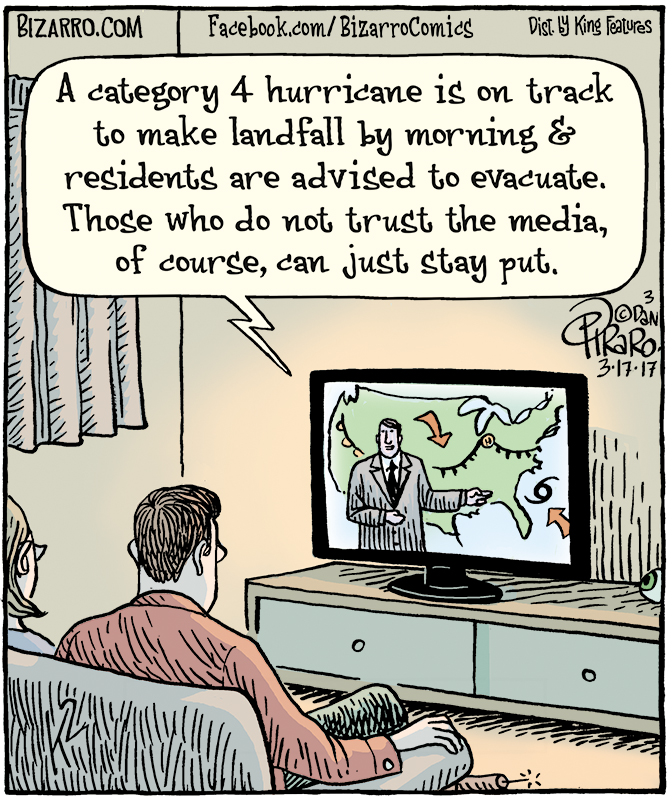 Have you been wondering what Wayno has been up to this week? Let’s gaze into the cartoon abyss and find out!… 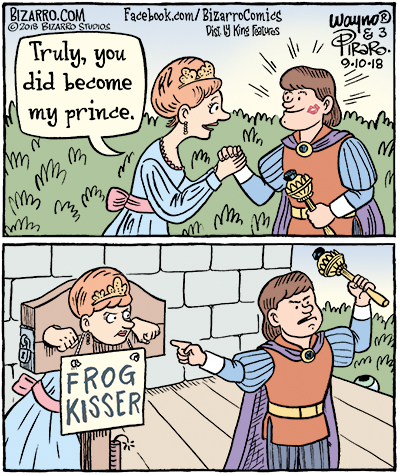 This will teach her not to trust random amphibians or others who might rise to power. As they say, fairy tales make strange bedfellows.

This cartoon is for those who’ve ever wondered what’s the scariest thing a dust bunny can imagine. 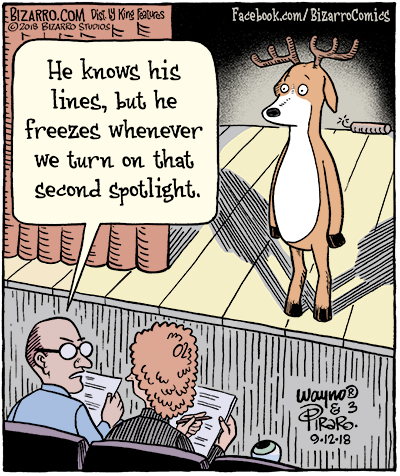 For reasons of public safety, we kindly request that the audience wear primarily fluorescent orange clothing. Of course, in these days of American psychos randomly shooting into crowds, the deer is likely safer than anyone in the audience. 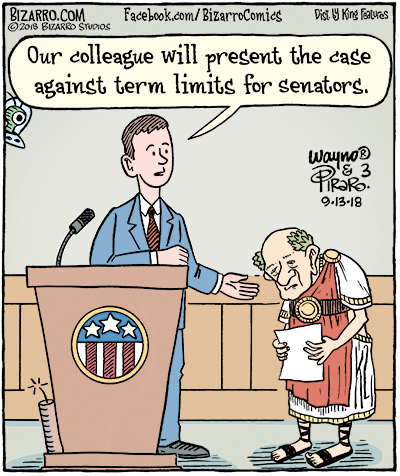 It’s hard to imagine a world without old white men running everything, but it’s fun to try. Of course, given the current level of corruption in the GOP, it’s soothing to imagine squirrels and sock puppets being in charge. 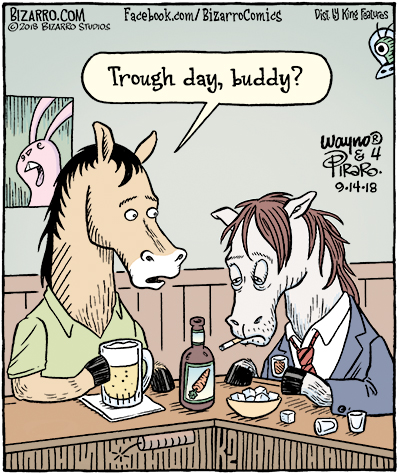 Please read this cartoon carefully before hitting “send” on that question or complaint. Those considering leaving a “why the long face?” comment are kindly requested to exercise restraint. 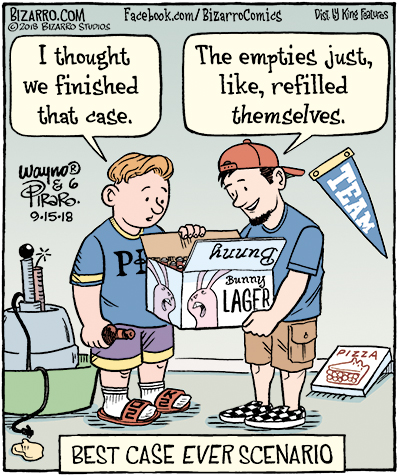 I’ll never forget my college days and the warm, inexpensive taste of Bunny Lager. We didn’t allow “bros” in the art school dorms, though. In those days you could either be an art student or in a fraternity. You couldn’t be both.

Thanks for following us through the woods, Jazz Pickles. Don’t forget to check out Wayno’s weekly blog post wherein he discusses these same cartoons from a different perspective. This week, he also features a pizza box he designed in the “real” world, and a lovely tribute to and song by a friend he recently lost.

Until next week, be happy, be smart, be nice, and resist ignorance and fascism.