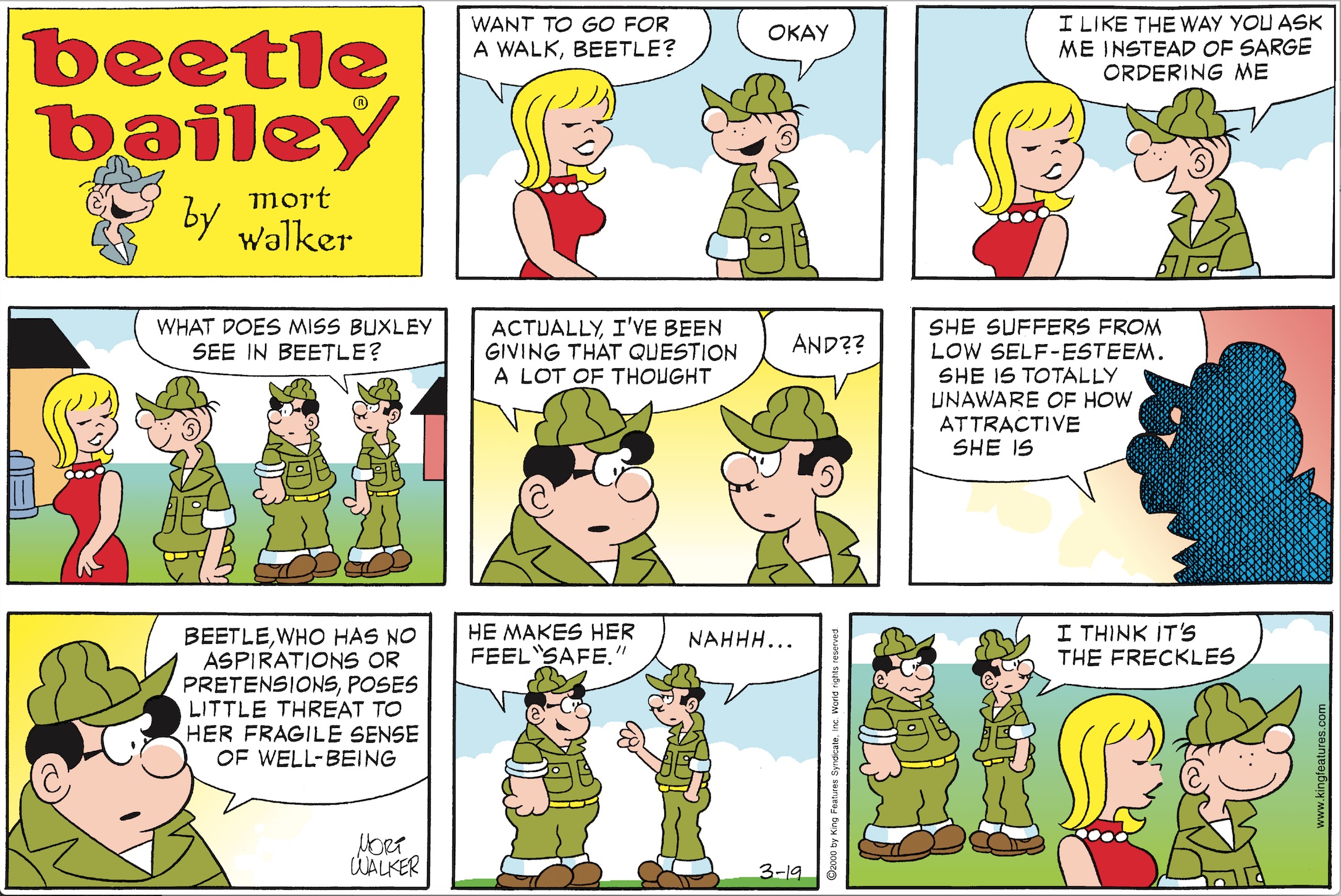 In a recent post we chronicled how Miss Buxley evolved from the object of General Halftrack’s leering in the 1970s to a more fully rounded character in the 1980s.  She became more that just a blonde bombshell.  She was sweet and smart and loved animals.  She even got the last laugh in a few strips. In the 1990s she also developed a friendship with Beetle

“Why Beetle?” readers asked.  She could have chosen a handsome and ambitious officer.  Occasionally she mentioned off base activities like going out on dates, but her partners were never shown.  As the relationship between Buxley and Beetle developed, the questions continued.

The Sunday page above attempted to answer the doubters.  Plato has analyzed the situation in depth.  He talks about her low self-esteem.  She likes Beetle because he is less threatening than other potential candidates.  His theory makes sense.  But Killer has another take.  It’s the freckles.

In 2000, Beetle Bailey reached the five-decade mark.  The anniversary was celebrated with events, exhibits, books and special products.  Dark Horse Comics produced a set of seven PVC figures, four of which, Beetle, Sarge, General Halftrack and Miss Buxley, came packaged with a book. These are now collector’s items.

Here are the Beetle and Miss Buxley figures from the Dark Horse set. 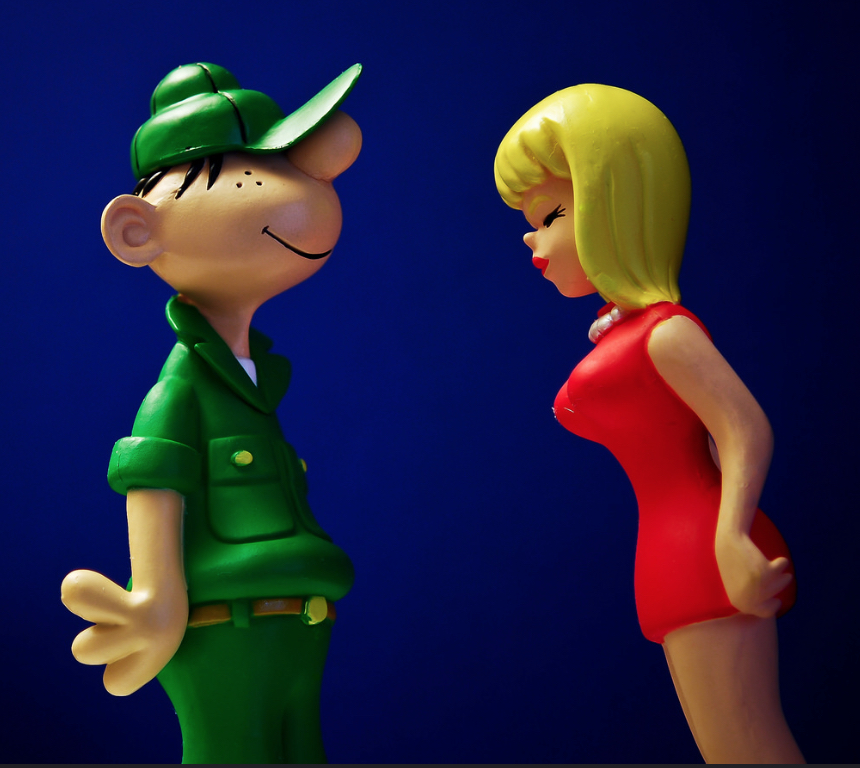 Next week we will explore the romantic life of Miss Buxley’s co-worker, Miss Blips, so be sure to check back here.