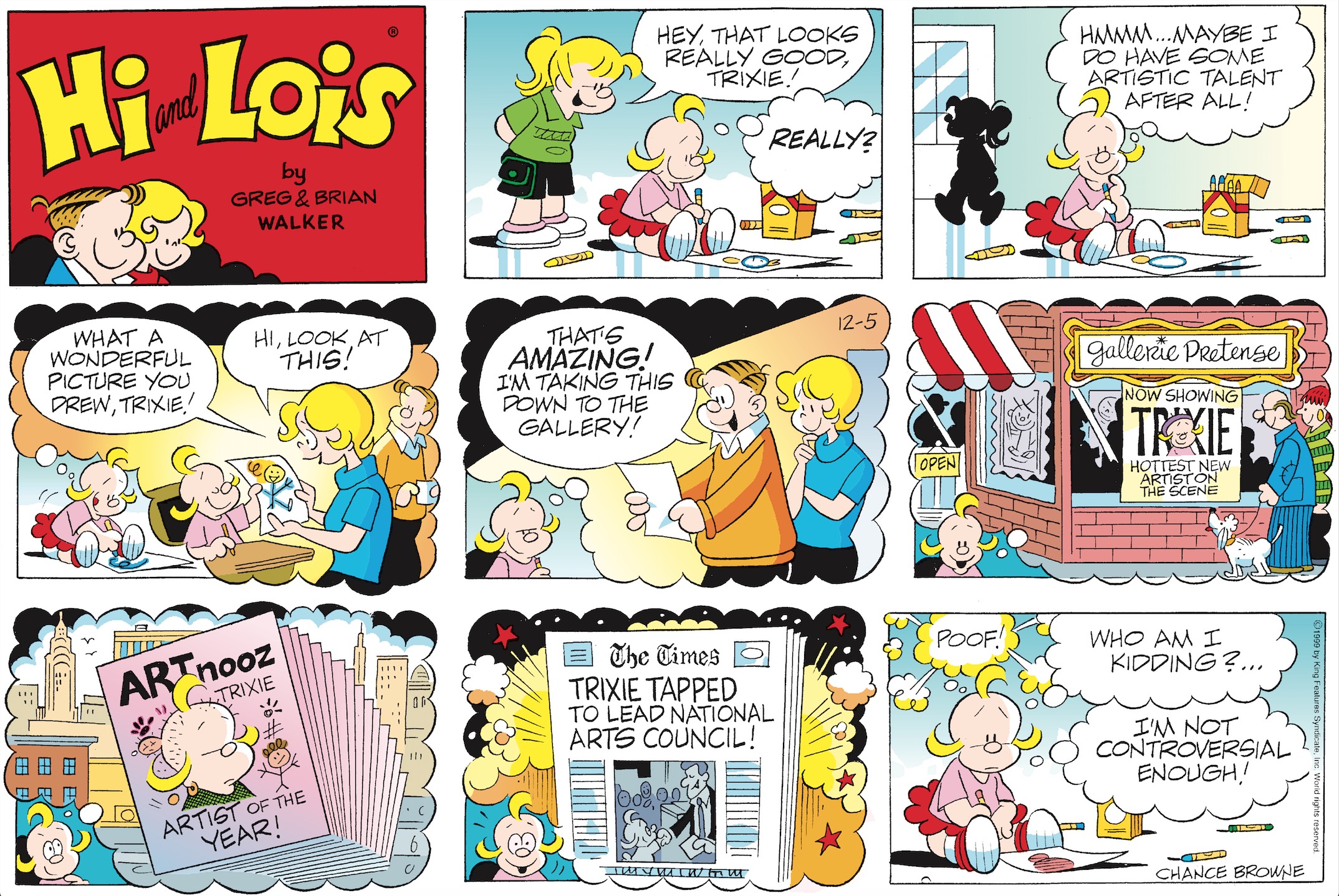 Ideas for gags come from some of the most unexpected places.

In 1999, when the Sunday page above was written, there was a big controversy in New York City.  It was set off by The Holy Virgin Mary (seen below) a painting created by Chris Ofili in 1996. 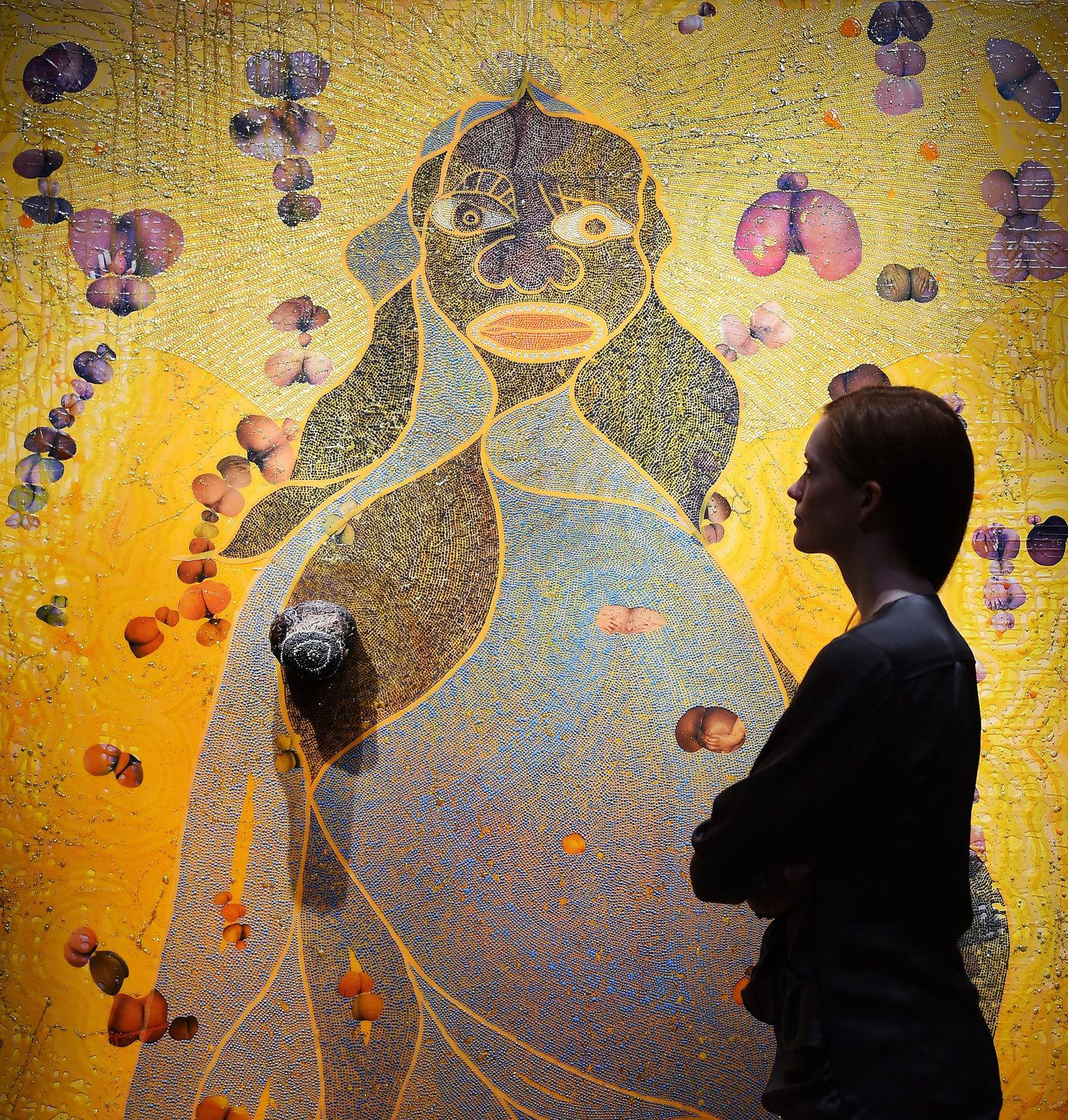 The painting was displayed in the Sensation exhibit in London in 1997 and Berlin in 1998.  When the exhibition moved to New York in 1999 the mixture of the sacred (Virgin Mary) and the profane (excrement and pornographic images) created problems. Mayor Rudolph Giuliani, a Catholic, described Ofili’s work as “sick” and “disgusting.” The City of New York initiated a court case against the Brooklyn Museum and Giuliani attempted to withdraw the annual $7 million City Hall grant from the museum, and threatened it with eviction. The museum resisted Giuliani’s demands, and its director Arnold Lehman filed a federal lawsuit against Giuliani for a violation of the First Amendment. The museum eventually won the court case.

All of this inspired the Sunday page above.  In Trixie’s fantasy, after her drawings are exhibited at Gallerie Pretense, she makes the cover of Art Nooz and is selected to lead the National Arts Council.  In end, she realizes her dream could never happen because she is “not controversial enough.”

Chance Browne had fun drawing this episode and it even earned a mention in the real Art News magazine.

Stay tooned for more colorful and controversial comics from our archives.