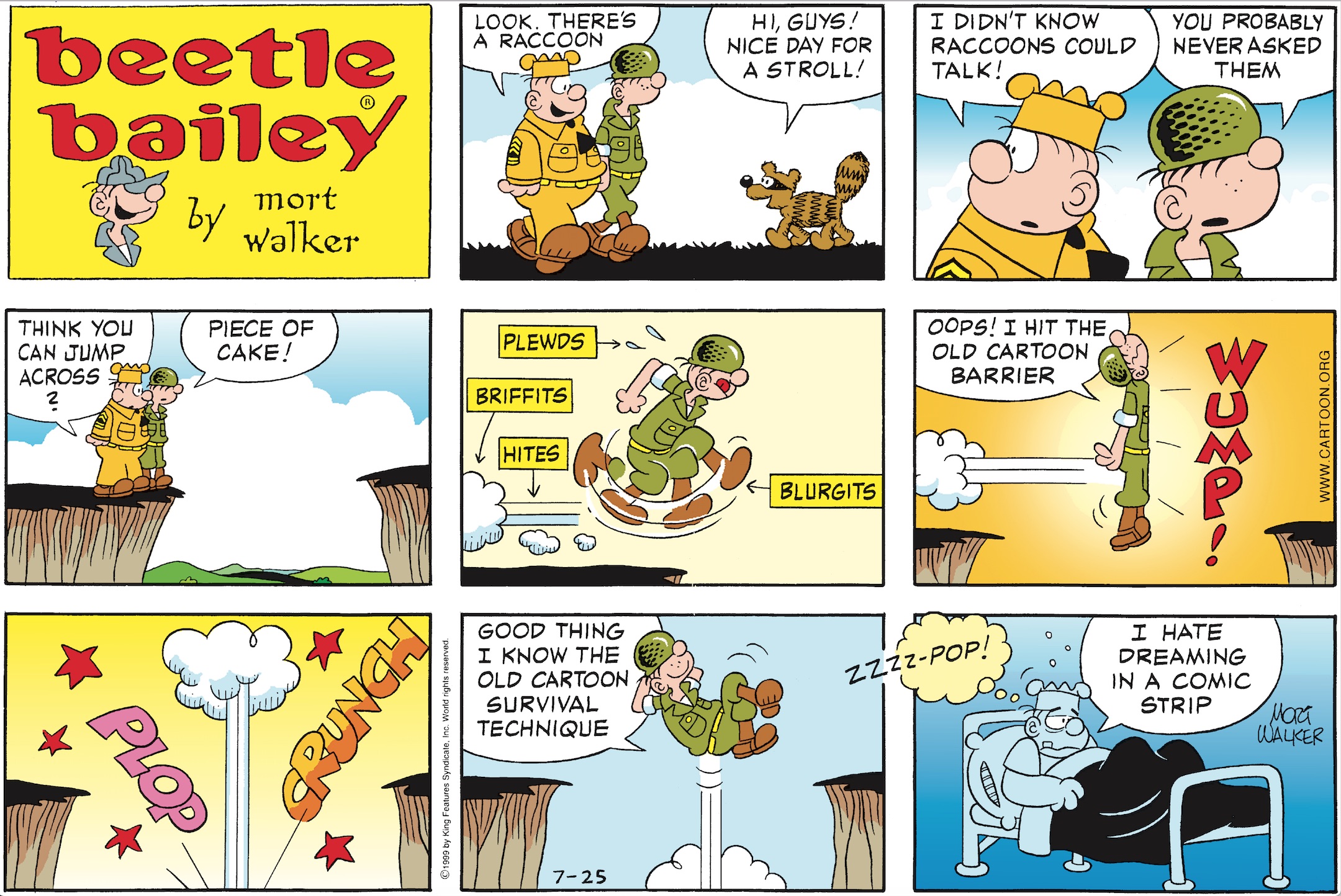 This episode features many of the terms that Mort Walker documented in his 1980 book, The Lexcion of Comicana.  Here is the cover, showing some of the same devices that appear in the middle panel.

In the early 1930s, a humorist named Charles Rice attached labels to certain cartoon phenomena.  He called sweat drops “plewds” and the dust clouds behind a running person “briffits.”  This inspired Mort to do some further research and in 1964 he produced an article for the National Cartoonists Society magazine titled, “Let’s Get Down to Grawlixes.”  It was a tongue in cheek spoof of the plethora of “comicana” found in most comic strips.

To his amazement the public took it seriously.  Some of the comicana was displayed on the walls of the Museum of Cartoon Art and attracted students and teachers who studied it and took notes.  The terms “hites,” “agitrons” and “indotherms” began cropping up in lectures and articles as though they were actual terms used by cartoonists.

Realizing he had latched onto a good thing, Mort buried himself in research, again using the extensive files and archives of the Museum.  The result was the Lexicon.  True, it is a satirical book making fun of these cartoon devices, but it is also an encyclopedia for anyone interested in comics and a goldmine of instruction for aspiring cartoonists.  For everyone, it’s a laugh a minute.

If a number of words like “jarns,” “solrads,” “grawlixes” and “blurgits” have been added to our vocabulary, you can thank Mort Walker.

There are currently plans underway to revise and republish this classic compendium.  We’ll keep you posted here.