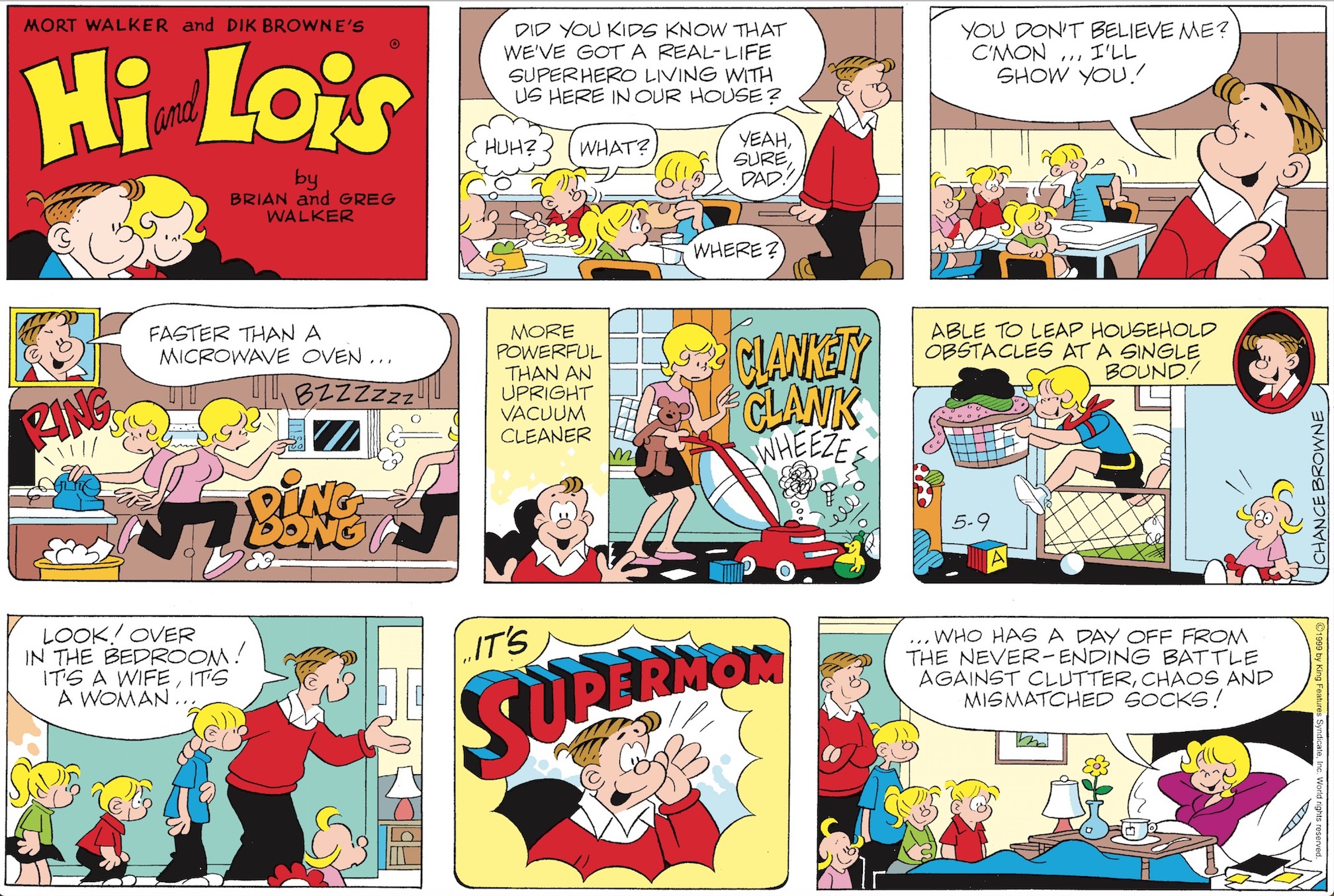 Mother’s Day is a holiday we never overlook in the strip. Lois is the glue that holds the Flagston family together, so the gratitude is well deserved.

In the episode above we adapted the opening lines from the 1950s Superman television show – “faster than a speeding bullet, more powerful than a locomotive, able to leap tall buildings in a single bound, look up in the sky, it’s a bird, it’s a plane, it’s Superman! who fights a never-ending battle for truth, justice and the American way.”

The modern version of Mother’s Day was first celebrated in 1908.  Social activist Anna Jarvis held a memorial for her mother Ann who had cared for soldiers during the Civil War and started volunteer groups to address public health issues.  Anna wanted to continue her mother’s work and set aside a day to honor all mothers because she believed a mother is “the person who has done more for you than anyone else in the world.”

In 1914, President Woodrow Wilson officially designated the second Sunday in May as a national holiday.  By the early 1920s, Hallmark had a line of Mother’s Day cards and other companies began marketing a wide variety of specialized gifts to purchase.

Anna Jarvis protested against the commercialization of the holiday she helped to create. She argued that people should show their appreciation with hand-written letters, not store-bought gifts and printed cards.  Mother’s Day continues to be a big money earner for florists, greeting card publishers, restaurants, candy makers and other companies that cater to the holiday.

We celebrate Mother’s Day every year in Hi and Lois, so it is challenging to come up with new ideas.  Lois is served breakfast in bed.  The family takes her out to dinner.  She gets the day off. The kids make cards and presents. They all do the household chores for a day. The possibilities are not endless.   But somehow we manage to come up with a slightly different twist each time.  It’s the thought that counts.

Next week we will continue our Timeline series so check back for another classic episode from our archives.