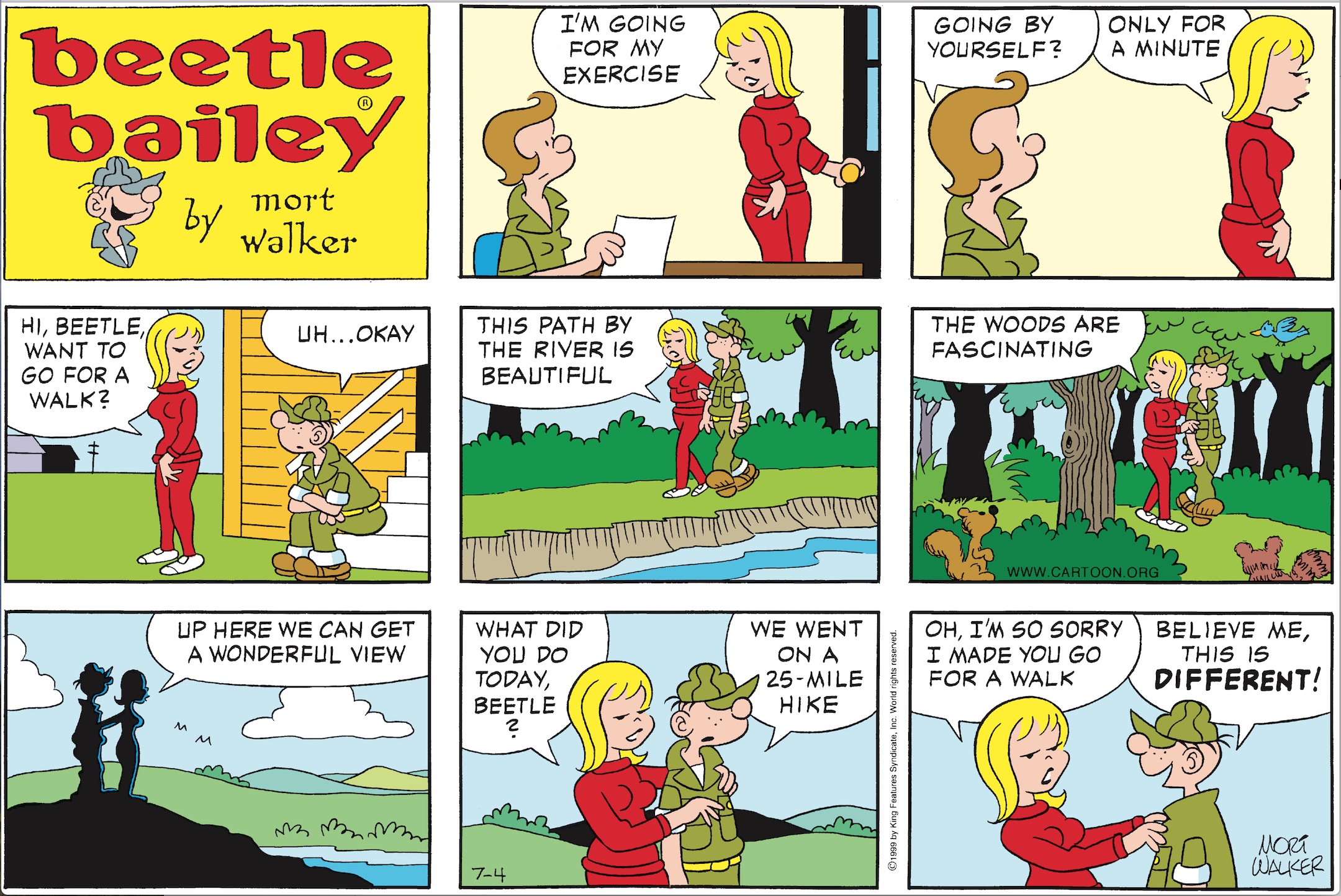 Miss Buxley was introduced in the strip in 1971 as General Halftrack’s secretary.  Having a pretty girl in the office got the old man’s motor running.  She was the object of his overactive imagination.

Readers liked her at first but eventually the criticism mounted.  Mort was accused of sexism and was put on the defensive.

When I first started writing gags for Beetle Bailey in the early 1980s one of my assignments was to try to address this problem.  I put together a book, Miss Buxley – Sexism in Beetle Bailey? which collected many of the strips she appeared in.  I discovered that she rarely spoke.

We started to come up with situations in which she got the last laugh.  She stood up for herself and sometimes even talked back to the General.

Her personality began to develop.  She is sweet and loves animals.  She likes to have fun and goes out on dates. She has a sense of humor and is not overly ambitious.

She also developed a friendship with Beetle that was semi-romantic.  Almost all the men in Camp Swampy are attracted to her and she could have her pick of any partner.  But she chooses Beetle because he doesn’t try too hard.  He is less intimidating than the more aggressive types who vie for her attention.

The relationship between Buxley and Beetle is innocent, for the most part.  They like to spend time together but it hasn’t progressed much beyond that. We have shown them holding hands a few times.  The Sunday page above is a typical of the time they spend together.

Our Scandinavian publishers like to push the envelope and make Miss Buxley super sexy.  The image below is from a calendar that was published in Sweden in 2015.  This is not a scene we could get away with in an American newspaper. 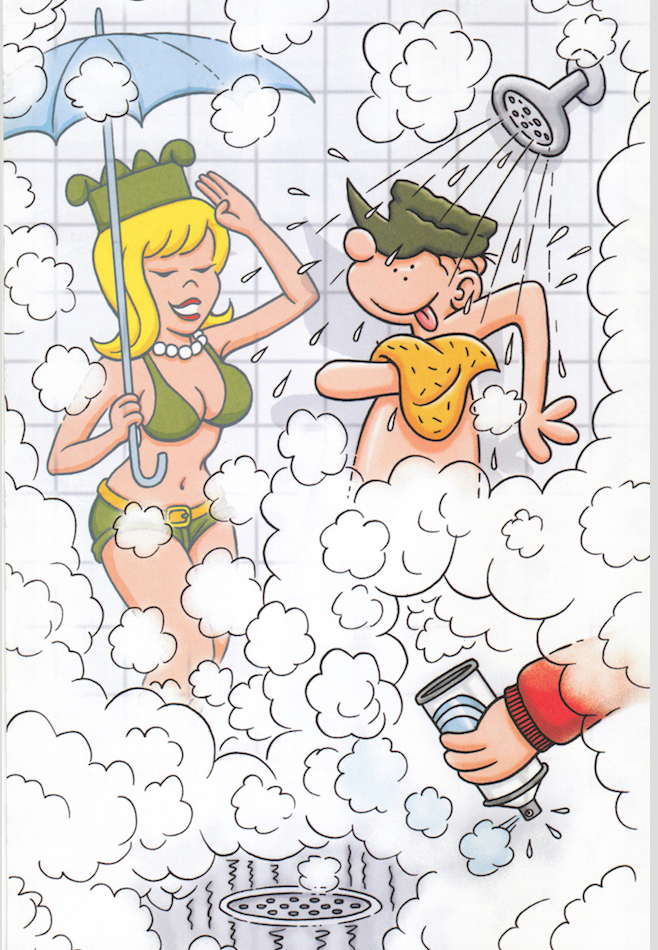 Our Timeline series will continue next week so be sure to check back here for more classic episodes.