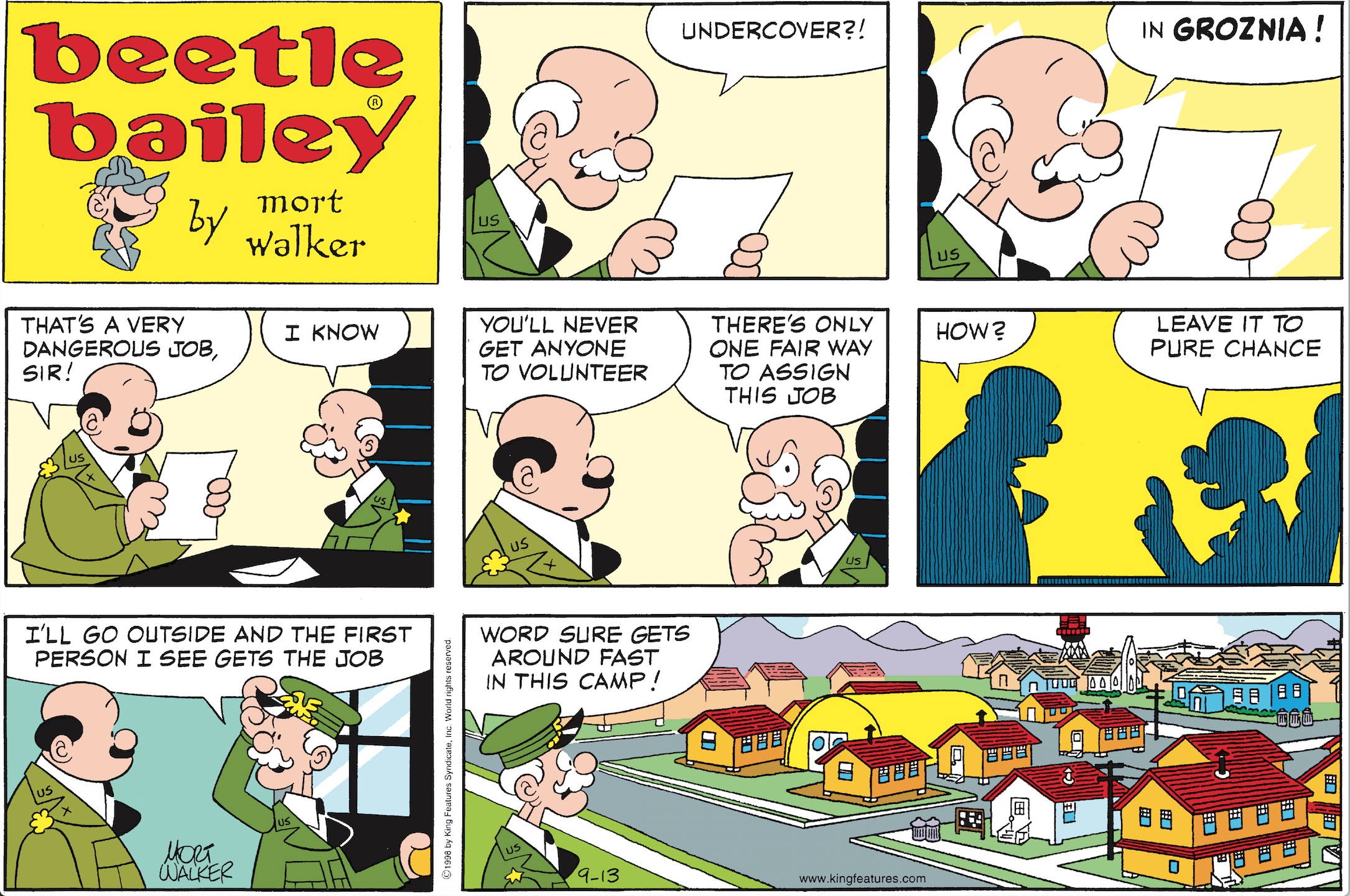 In the Sunday page above, General Halftrack decides to go outside and select a volunteer for a dangerous mission.  For some mysterious reason, the camp is deserted.

Camp Swampy was inspired by Camp Crowder in Missouri, an antique relic from WWI where Mort Walker trained in 1941.  There are no army bases that look like this any more.

Below is a depiction of the camp that was done as a poster for our Swedish publishers in 1983. 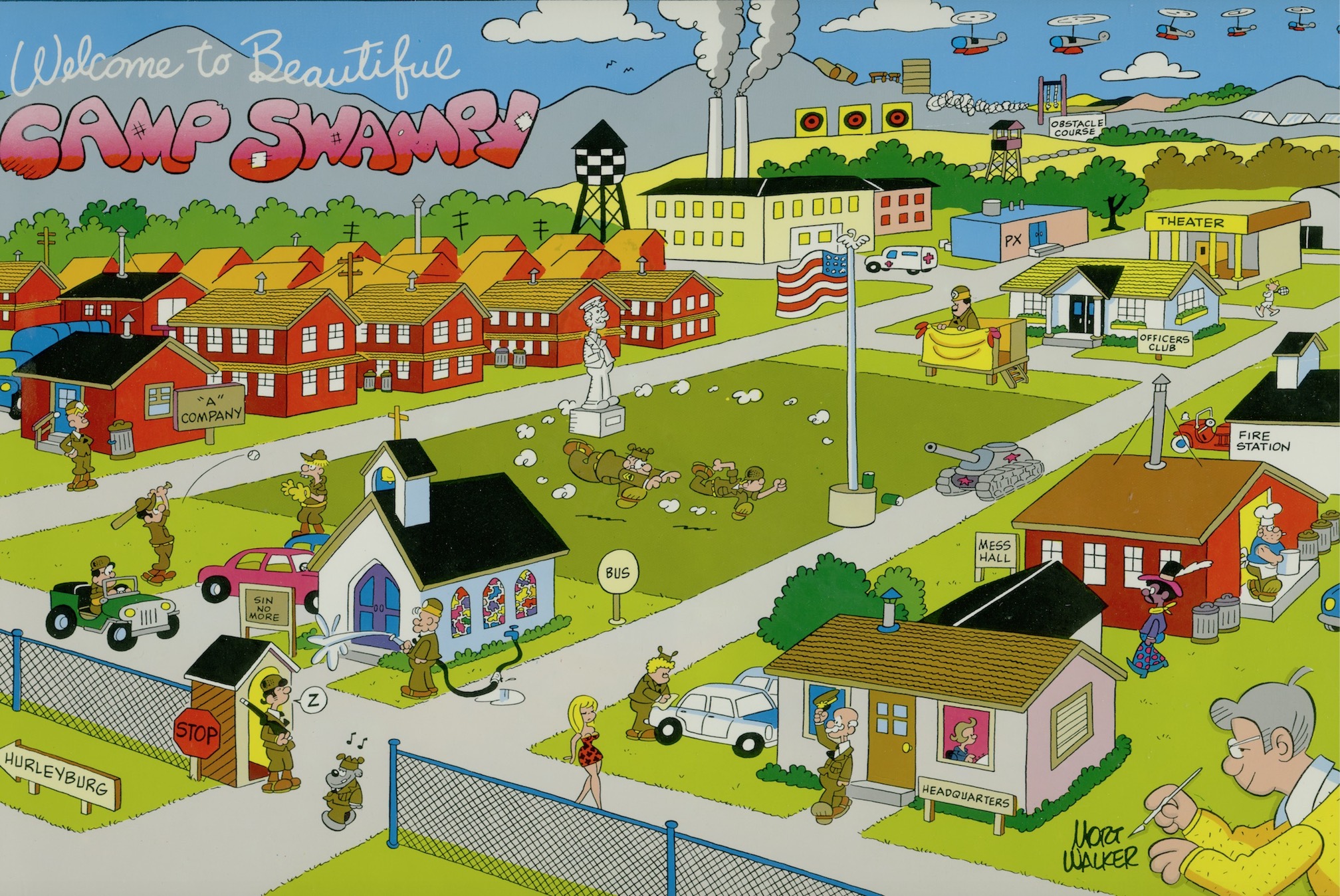 Camp Swampy was one of the featured locales in an exhibit I did at the Charles Schulz Museum in 2010, entitled “Place in the Comics.” Among the other settings were Krazy Kat’s Coconino County, L’il Abner’s Dogpatch, Pogo’s Okefenokee Swamp, Doonesbury’s Walden Puddle and Zippy’s Dingburg.

Next week we will be moving on to 1999 in our Timeline series so be sure to check back.