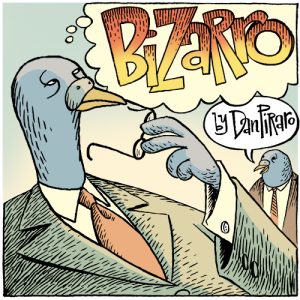 (To embiggenate the cartoon below, click on either cover character’s ego.) 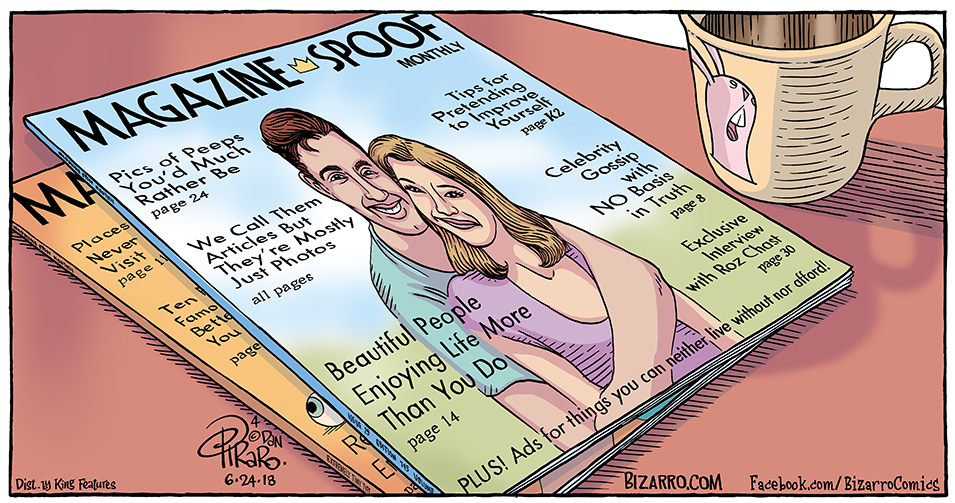 Bizarro is brought to you today by vague humor.

I’ve done a quite a few magazine cover cartoons over the years and I believe the careful observer will notice that this is yet another one. Here’s one from last year that might be my favorite. Media has always pandered to what idiots like you and I want, but in recent years it has become far more blatant and even damaging. This spoof is of a gossip-style magazine, which in the long run serves little purpose other than to convince you that your life pretty much sucks in comparison to those of wealthy, attractive celebrities. This is true of TV shows, newspapers, and Internet sources, too, of course.

Good journalism discovers the truth and reports it; most modern journalism finds out what its audience believes and wants to hear and just tells them that. The reason freedom of the press is the very first amendment to the U.S. Constitution is because the framers of it understood how essential the truth is in keeping people from being lied to by those in power, and that democracy depends on the truth being readily available to the public. They had no idea that this same concept would one day protect enormous, worldwide networks of false news meant to corral the average citizen into a bubble of ignorance and obedience. (Fox News Channel and other propaganda instruments of the corporatocracy that currently runs the U.S.) If you disagree with my assessment of which political party is lying to you most often, pay attention to who is most at odds with the press. Then hunker down, because the future under those charlatans isn’t too bright.

On a less depressing note, one bit of good news is that the gals and I at Rancho Bizarro (Olive Oyl and my two daughters[K2]) have added some of my Bizarro cartoons to our T-shirt lineup! Have a look at our shop and see what’s new!

If you’re too tired or lazy to click that link without knowing what you’re going to see, below are the five images we added this week. Click them to embiggenate. 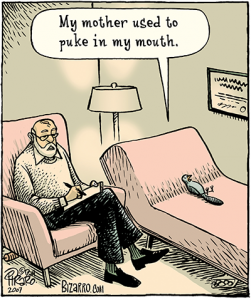 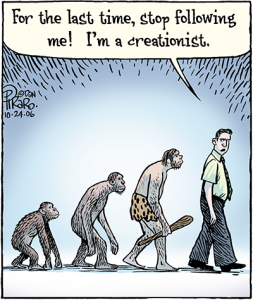 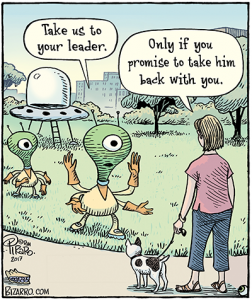 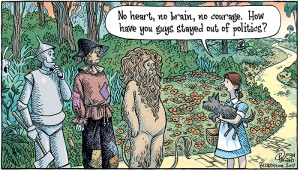 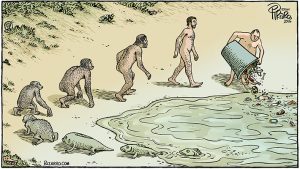 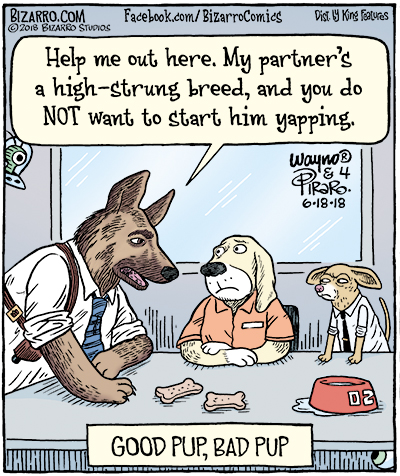 I’m a super busy jet-set kind of guy who doesn’t have time to type out with my thumbs everything I want to text, so I routinely use the voice-recognition function on my iPhone. Accordingly, I’ve become a big fan of weird misinterpretations by Siri or whomever it is that types while I speak. I recently voice-to-texted my gal, Olive Oyl about the “cushions” on the rooftop patio being wet and Siri autocorrected it to “Christians”. I didn’t bother to correct it before hitting “send,” leaving Olive Oyl to wonder how members of the Nazarene’s flock got onto our roof. (It’s rainy season here so there was no question how they got wet.) 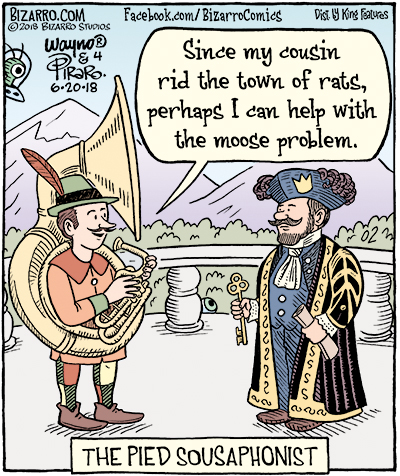 As wacky as this cartoon seems, there is some historical precedent for it: Before airhorns were invented, wildlife authorities in Canada recommended people hike with a tuba or sousaphone to scare away bears. Moose, however, are more likely to be scared off by accordions and who can blame them? 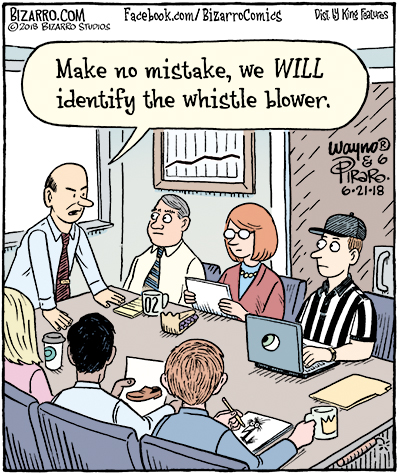 If that dude hadn’t hidden his lanyard, they’d be onto him by now.
If you’re not sure what a lanyard is, go to your local public library and ask a reference professional to help you look it up. Or, if you’re reading this after 1997, just google it.
On a different topic, over on Wayno’s weekly blog, he discusses who the auburn-haired dude with is back to us is, what he’s scribbling and why. (A link to it is at the end of this post.) If you figured it out without reading his post, add 14 bonus points to your score. 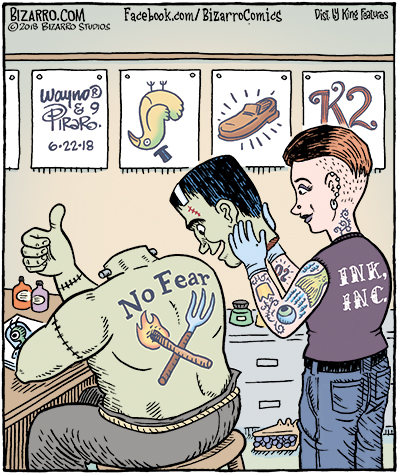 Somehow, I don’t think a tattoo is going to relieve the monster’s fear of fire or salad serving forks. I only say this because I have a tattoo of Tyler Perry and I’m still terrified of his Madea movies. 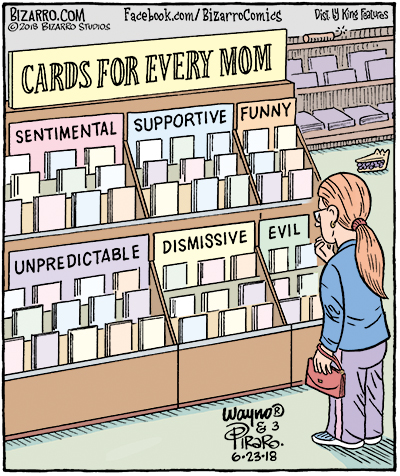 Do parents who have changed their sex celebrate Father’s Day and Mother’s Day? Perhaps we should consolidate them into one holiday called “Parent’s Day Regardless Of Your Personal Plumbing”.

(My above comment got lots of hate on my Bizarro Instagram page (@danpiraro) from people who confuse comments about transgender people with bigotry against them. For the record, I’m against discrimination against people who are not hurting anyone or anything. Making a joke about a topic doesn’t mean you’re against it. It might, however, mean that you are too sensitive to be visiting humor sites.)

And that’s the roundup for this week, Jazz Pickles. Please stop by our store to grab some fun stuff to support your tribe. It helps keep the lanterns burning at Rancho Bizarro. And don’t forget Wayno’s weekly blog! Links below.

Until my next post, be happy, be smart, be nice, and resist ignorance and bigotry.