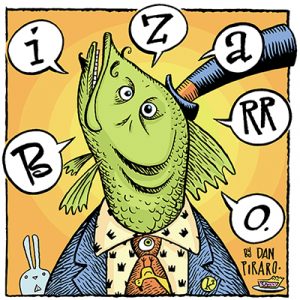 (For the added thrill of embiggenation, click the TV screen.) 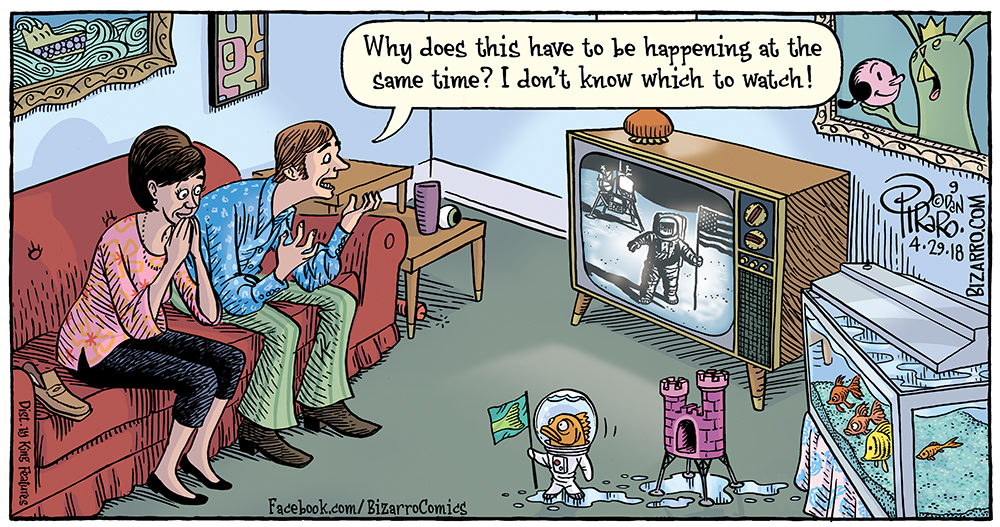 Bizarro is brought to you today by Friends Don’t Let Friends Drive Headless.

This is one of those rare cartoons that came from personal experience. I was ten years old when the moon landing was televised “live” and remember watching it on TV with my parents and sisters. I was too young to be as impressed by the achievement as I should have been, but I could see how amazed my parents were and that gave me a sense of reverence and awe.

I used a bit of artistic license on the rest of the memory depicted above in that it was another six years before the fish in our aquarium devised a way to land on the living room carpet, but to be honest, it was no less impressive.

This cherished childhood memory was tarnished, however, when it was revealed that the entire moon landing was a Chinese hoax conducted in a TV studio, directed by Sasquatch, and funded by money Hilary Clinton made by prostituting children out of the basement of a pizza restaurant in D.C. while personally murdering Americans in Benghazi and selling atom bombs wrapped in the original, hand-written U.S. Constitution to Iran. (I still shudder to think how close we came to having such a dangerous, undeserving person in the Oval Office!)

Anyone else wondering what Wayno was doing last week in Bizarro Studios North? Let’s find out… 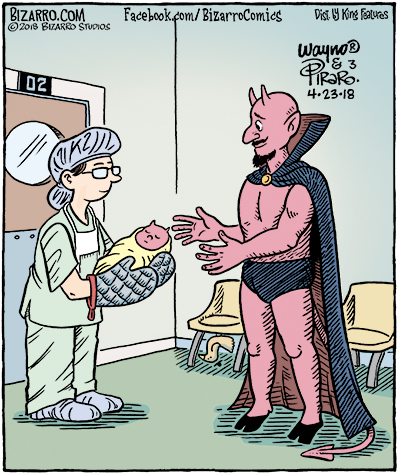 If you’ve never seen Roman Polanski’s Rosemary’s Baby, point your peepers at it sometime soon if only to see what passed for scary in 1968. It’s deliciously corny and reminds me a lot of that time my cousin got pregnant by the devil. What a kerfuffle that caused with the family!

In an effort to hide their shame from their community, the baby was born at home and I can testify that oven mitts were, in fact, needed. 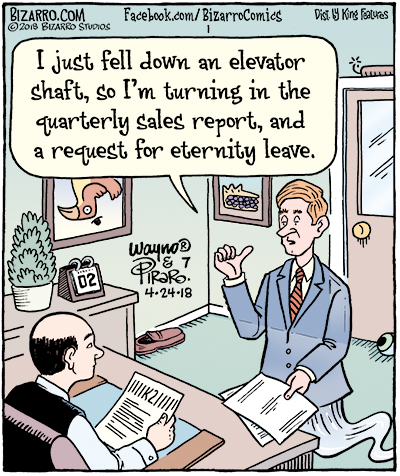 Before I figured out how to make a living as an artist, I had a few office jobs and all of them caused me to fantasize about falling down an elevator shaft. In all of those fantasies, I would hang onto the boss and use him/her to cushion my fall.

BREAKING NEWS: Since moving to Mexico, I have been spending much of my time doing fine art in preparation for a solo show this October in San Miguel de Allende. I’ve started a new Instagram account under the name I am now signing on all the fine art I create in Mexico––Diego Piraro–– that is dedicated entirely to my fine art, old and new. Please consider following my new art page and letting me know what you think from time to time! @diegopiraro 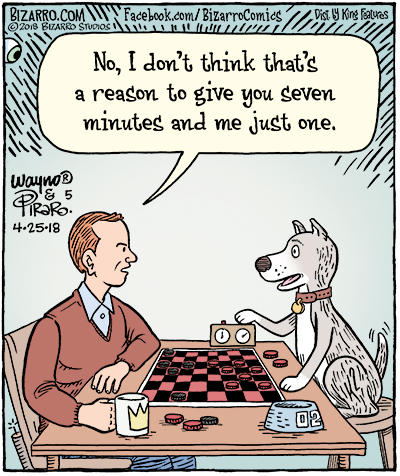 My dog tried this same trick on me but the truth is, the logic is backward. If humans live seven years to every one year a dog lives, the human should get seven minutes to every one minute the dog gets. Make no mistake; dogs will cheat at board games. 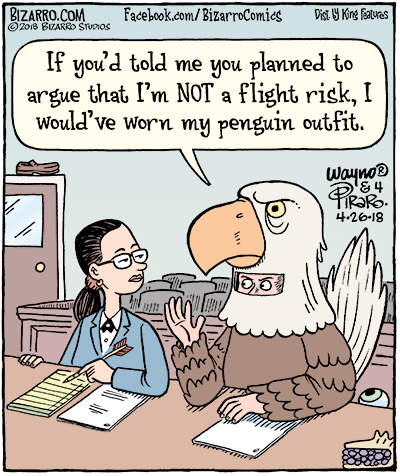 I don’t blame this guy; laws and courtrooms are really confusing and I never know what to wear, either. I usually just wear an orange jumpsuit to be sure I’ll get one that fits if I’m convicted. 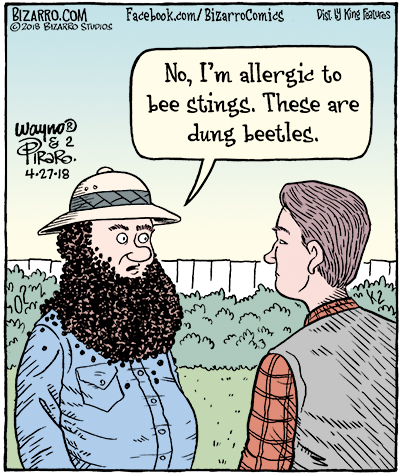 According to the periodical Apiculturists Weekly, Wayno has done more “bee beard” cartoons than any other cartoonist. Although this one only LOOKS like a cartoon about a beard of bees, so does it qualify?

Below is one that Wayno wrote and I drew way back in old-timey times.

Lastly, has there ever been a band called The Dung Beatles? 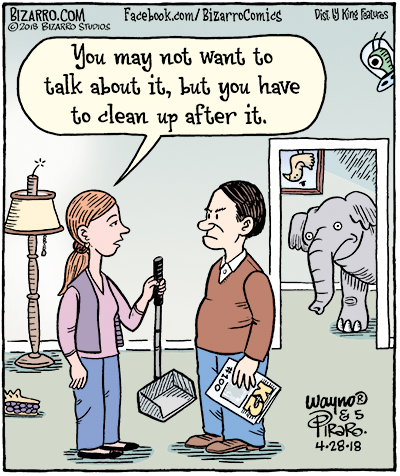 Olive Oyl and I have an elephant-proof house so we don’t have to worry about this kind of thing. To elephant-proof your own residence, simply place everything breakable at least 18 feet off the ground and put prehensile-trunk-proof locks on all cabinets and storage spaces containing nut products. (Pro tip: Wayno placed a congratulatory shout-out to himself in this cartoon. Read his much more brief blog this week to find out why. URL is below.)

Thanks for reading this far, Jazz Pickles.  Please help support our meager humor efforts by clicking the links below. Until my next post, be happy, be smart, be nice, and resist ignorance and fascism.