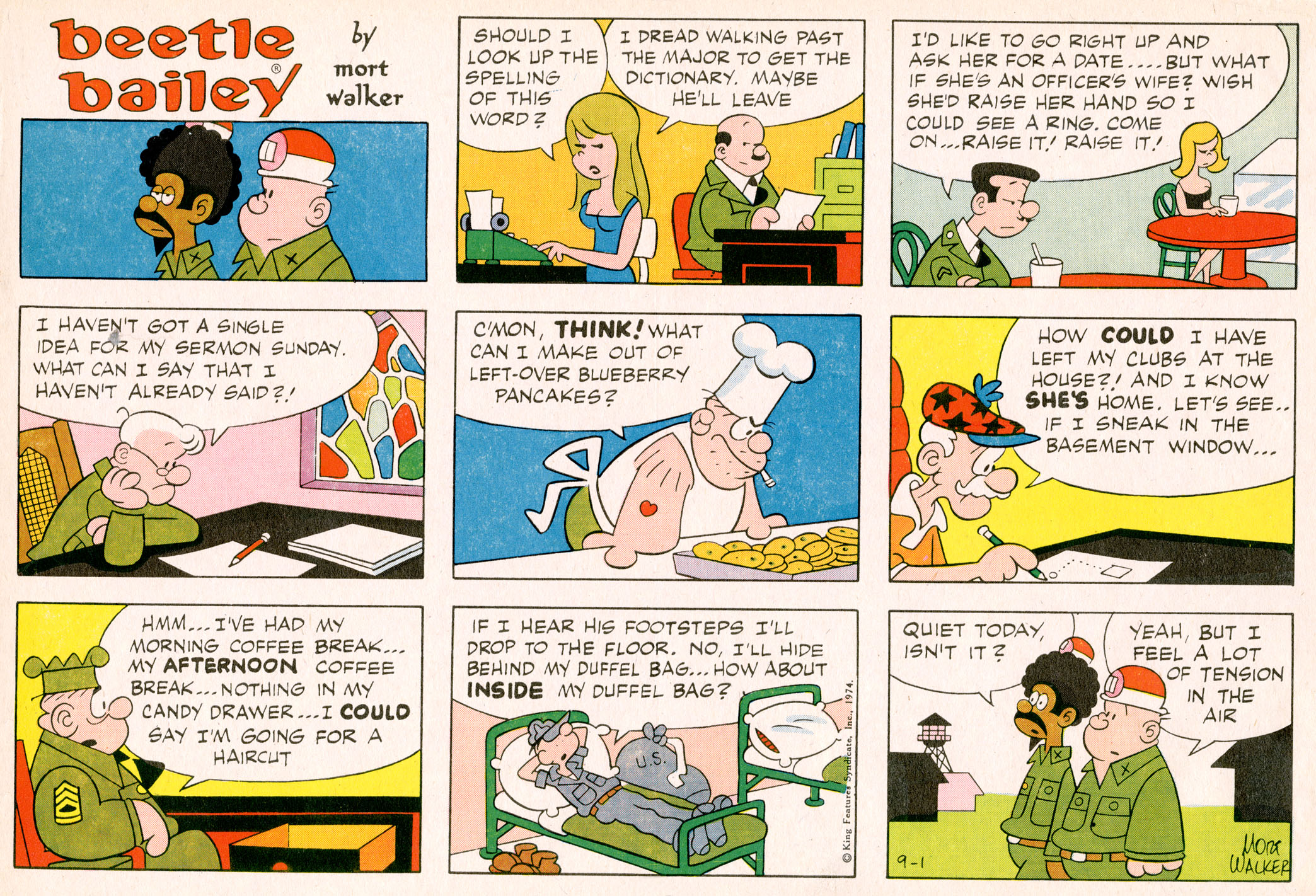 In The Best of Beetle Bailey Mort Walker wrote: “Many people wonder why a military strip like mine appeals to a civilian audience. The truth is, it isn’t a military strip. It’s a strip about a bunch of funny guys. They could be policemen, factory workers, college students, whatever.   The army is just a convenient setting that everyone understands. The pecking order doesn’t have to be explained and the role of the poor guy at the bottom of the ladder is classic in literature.”

“Beetle Bailey, by its very nature,” Mort continued, “is a commentary on the military establishment in this country, a playful satire on bureaucracy and the system. I also throw in some other pity comments on race, war, sex and various social problems without getting too heavy handed. I want my strip to be fun, not preachy.”

The unusual Sunday page above takes a tour around Camp Swampy, visiting characters who are struggling with their inner demons. These scenes lead to the final panel. Captain Scabbard senses the anxiety permeating the atmosphere. Although this is not a laugh-out-loud gag, it is a prescient observation of human nature. All of us have quiet struggles like these.

Next week we will continue looking at episodes from 1974 in our Timeline series so be sure to come back for more.