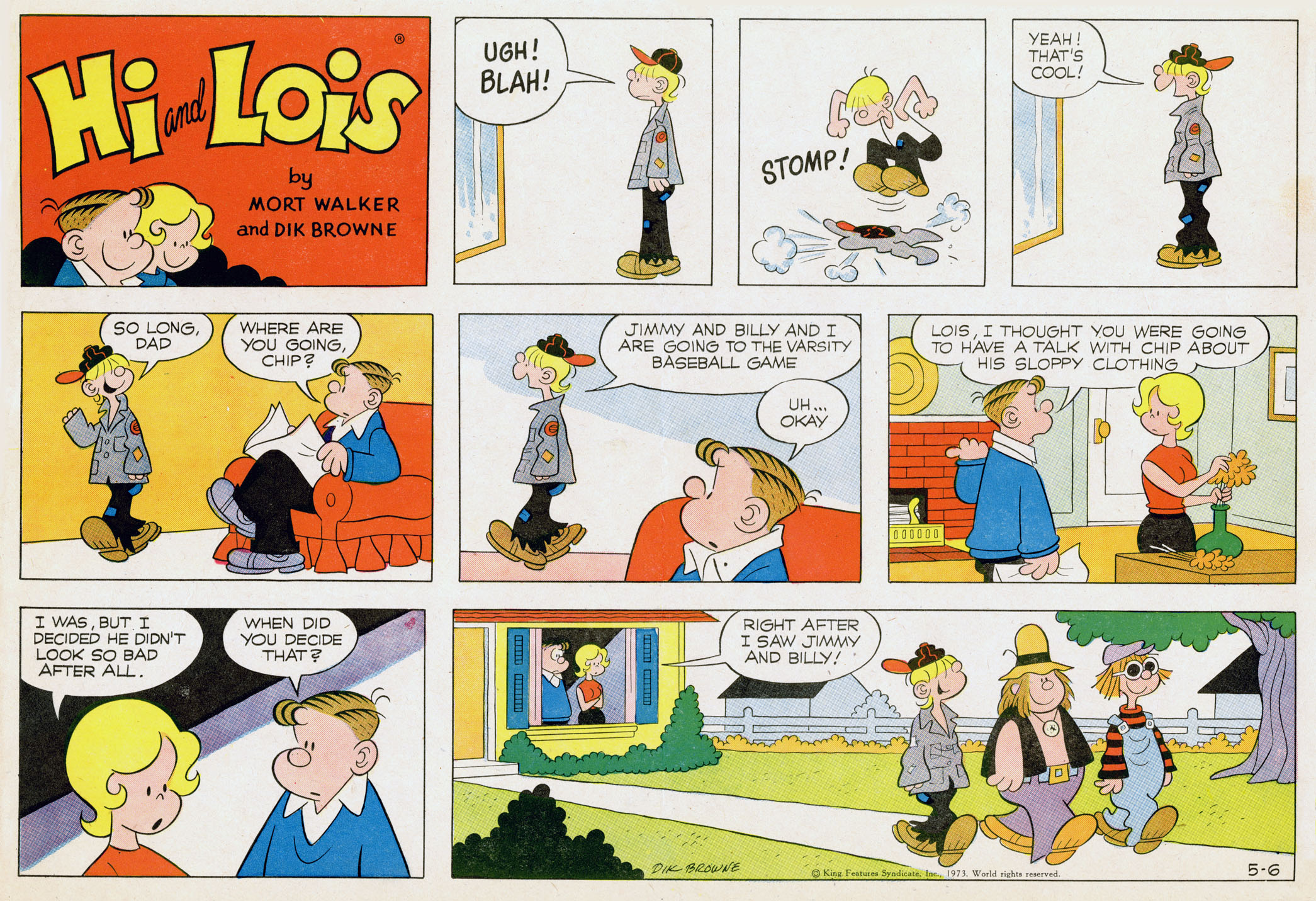 In the Sunday page above, Chip jumps up and down on his army jacket to get it more rumpled. Hi looks disapprovingly at his disheveled look and asks Lois why she didn’t say something about it. Lois explains, after seeing what Chip’s friends were wearing, she had decided that his sloppy clothing really wasn’t so bad. This attire was typical for teenagers back in the mid-1970s.

Chip’s surplus army jacket with patches could have been copied from a famous shirt worn by ex-Beatle John Lennon. 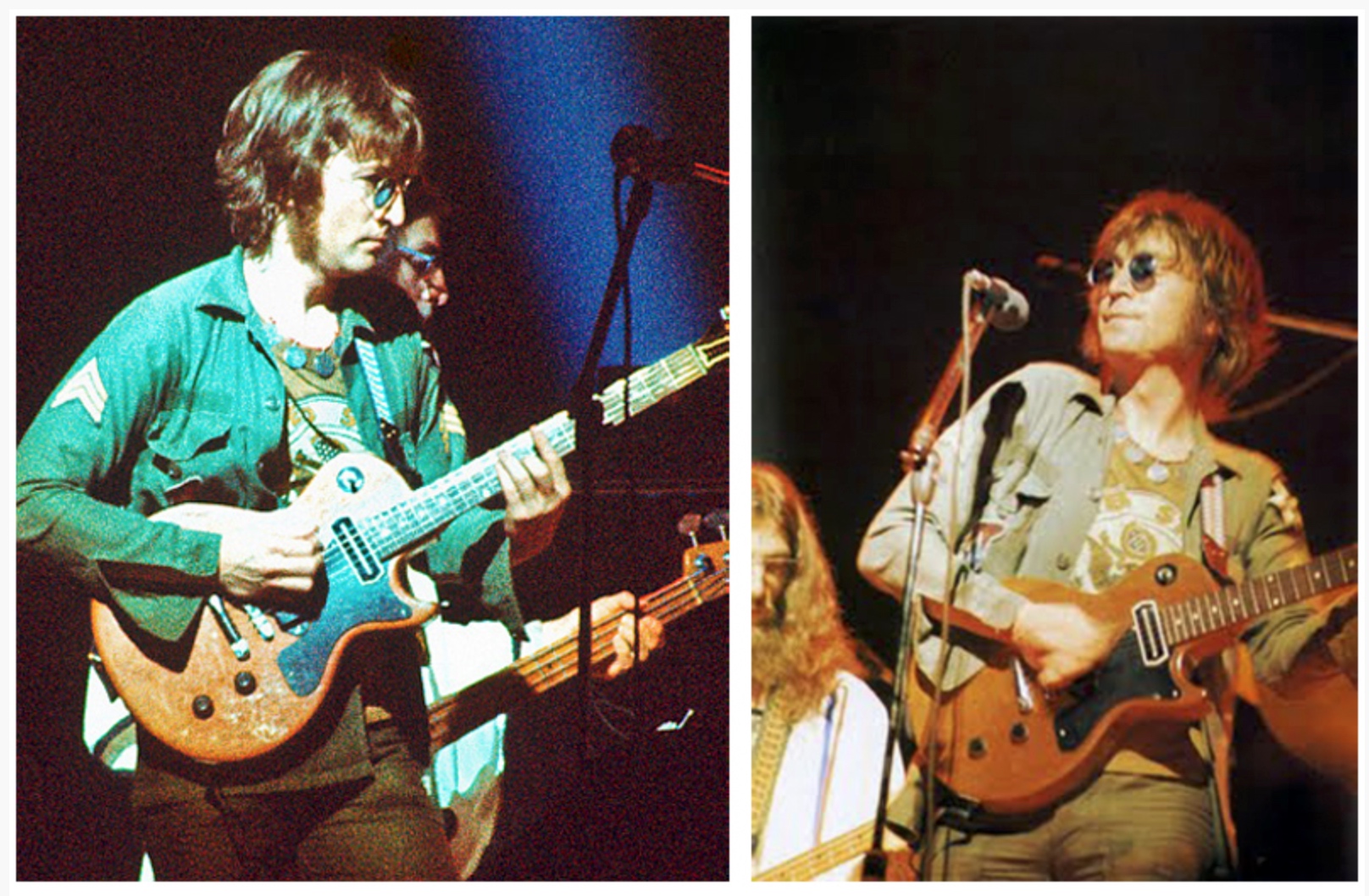 The shots above were taken at the “One to One” benefit concert at Madison Square Garden in New York on August 30, 1972. A photo from that event also appeared on Lennon’s “Live from New York City” album.

Lennon once explained how he got this shirt. “It’s very funny, I was in the German Airport, I had an American Army mac on and a guy came up and said, I just got out of the Army in Vietnam and if you’d like these clothes I’d love to give them to you, ‘I said alright’, and he sent me all these Army clothes in the post, A few years ago it was.”

Lennon, who had strong anti-war feelings, chose to wear U.S. Army gear while he was pushing the “War Is Over” slogan to express his rebellious attitude.  For the concert Lennon even wore a United States Army t-shirt under his shirt as well as Army fatigue pants.

My brother and I wore jackets like these at this time, as did Chance Browne. Our “sloppy clothing” undoubtedly inspired our fathers to create this gag.

Next week we will continue the Timeline series into 1974, so stay tooned.