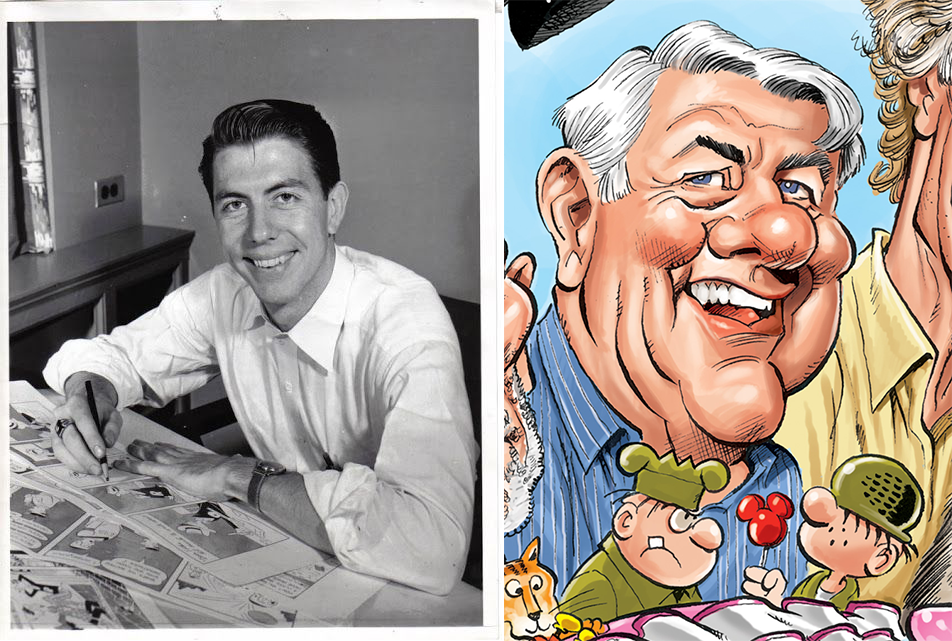 I haven’t posted anything new in a while here on the Dustin blog for our “Saturday Morning Muse” feature.

Plus, it isn’t even Saturday.

But the cartooning world lost a mega titan over the weekend — Mort Walker, creator of “Beetle Bailey” and “Hi and Lois” died at the age of 94. He was the last of what some would call the greatest class of 20th Century cartoonists which included stars like Charles Schulz, Bil Keane, Hank Ketchum, Johnny Hart, Brandt Parker, and more.

Mort won every major award, and gained every accolade available to a comic strip cartoonist. He inspired thousands of aspiring cartoonists, and was hero to thousands more. Myself included– I number him within my top five cartoonist heroes.

I first met Mort in 1984, he leafed through a handful of my then latest comic strip attempt. He encouraged me to keep it up and that I had something there, then drew me a little sketch of Beetle. It was like meeting Zeus himself. And for years afterwards, it was always a thrill to spend time chatting with Mort at the Reuben Awards and other cartoonist events– always gracious, funny, and generous.

His book, “Backstage At The Strips” is my dog-eared bible. I was given a copy at 18, and still leaf through it often.

Mort will be sorely missed. Our thoughts are with the Walker family and all who loved him. 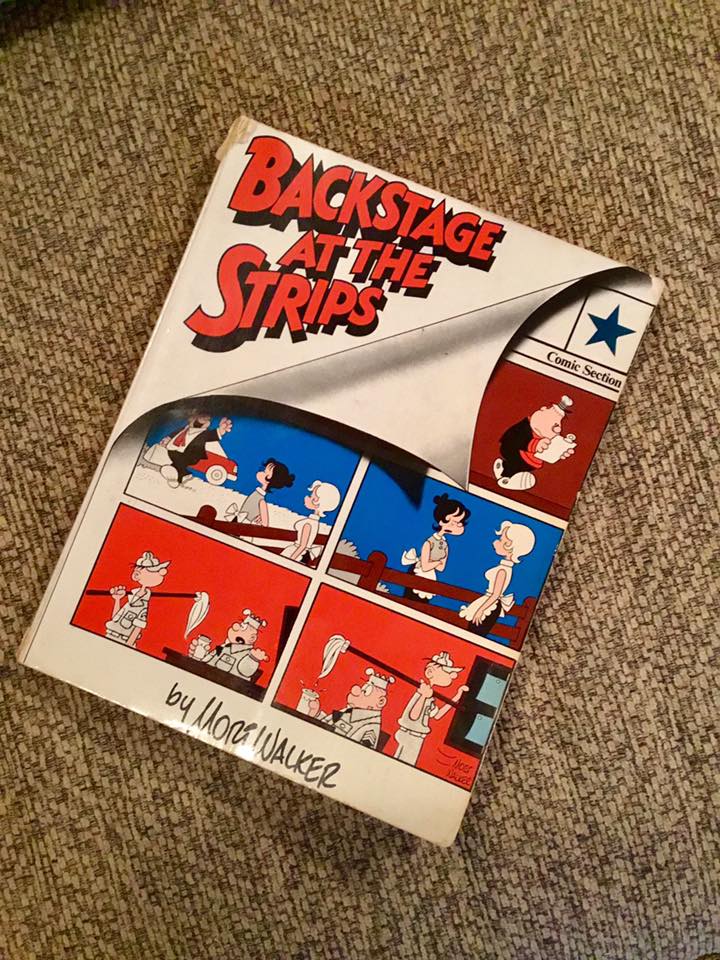 My dear, old dog-eared copy of… 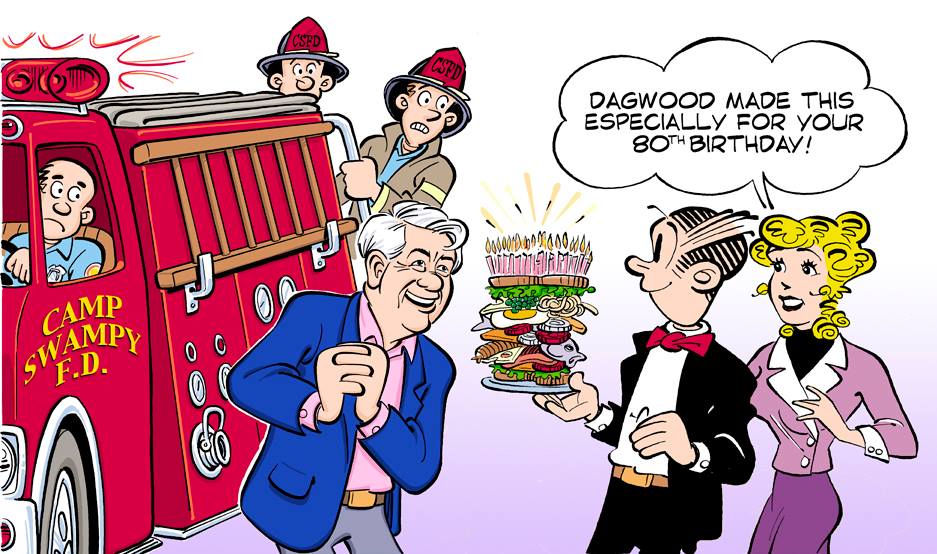 When I work as an assistant on ‘Blondie,’ Dean Young asked me to draw up this idea to give Mort for his 80th birthday… A Dagwood sandwich birthday cake?… 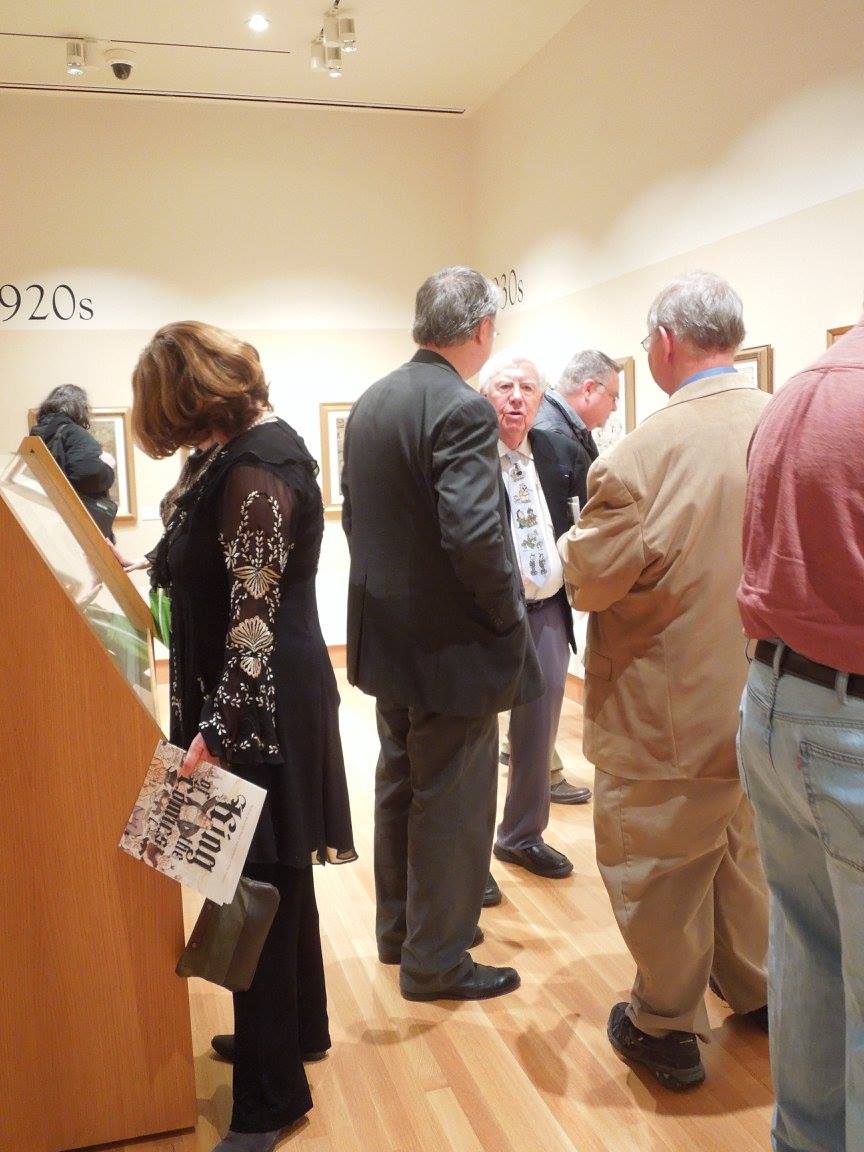 I think the last time I saw Mort was at King Feature’s 100th anniversary event at The Billy Ireland Cartoon Library & Museum in 2014. Here he chats with me and my friend Michael Fraley. Interesting fun fact, Beetle Bailey was the last comic strip approved by William Randolph Hearst himself, in 1950. (photo courtesy The Billy Ireland Cartoon Library & Museum)