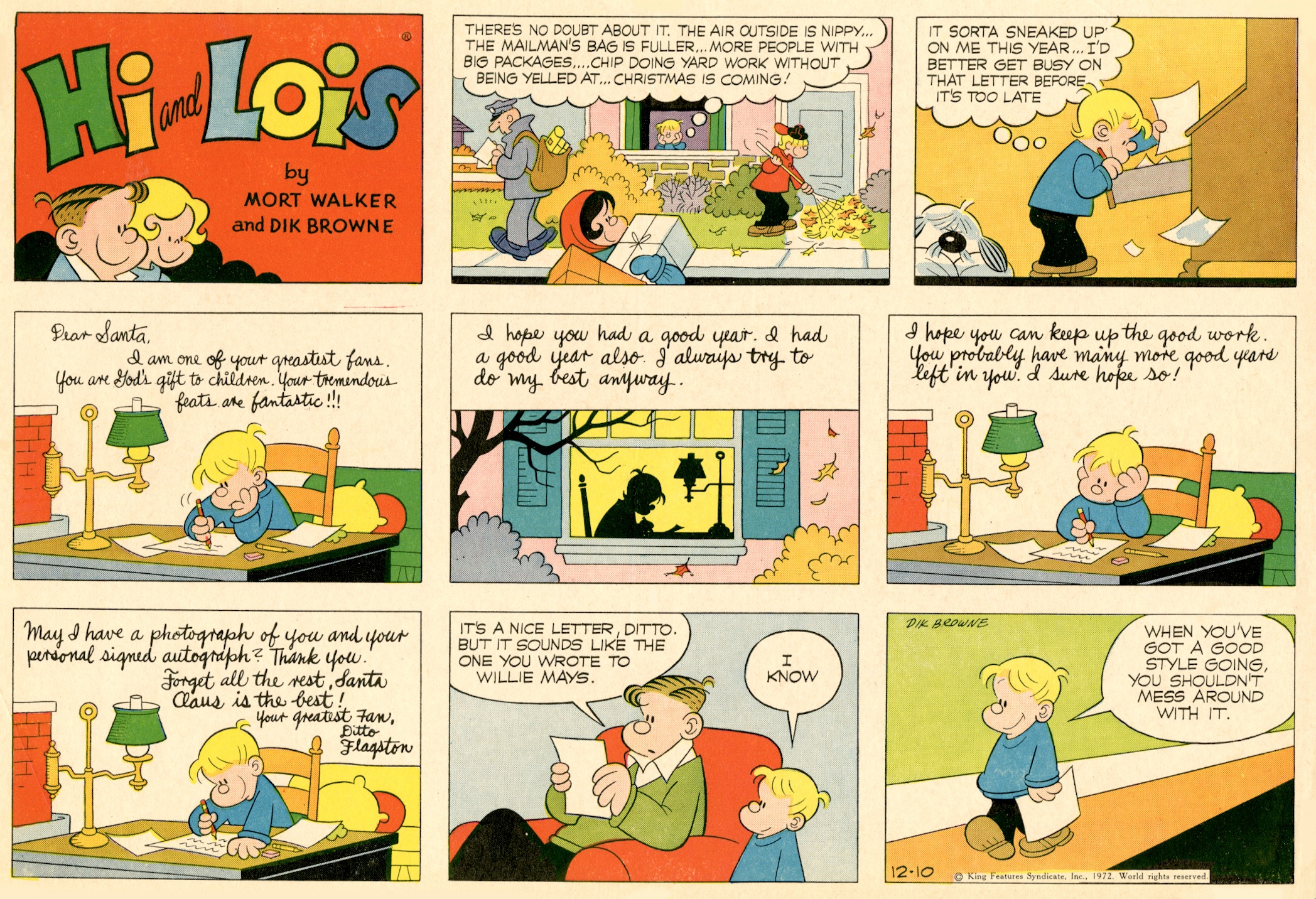 Some of the most memorable Hi and Lois gags are based on real life experiences.

In Mort Walker’s 1975 autobiography, Backstage at the Strips, he wrote, “About half the gags Jerry Dumas brings in I can spot as having come from Gail [his wife] or his three boys. His son Tim is an avid autograph collector. He goes after the usual celebrity and sports star signatures but also seeks signatures of unusual personalities. He reads up on the Supreme Court, for instance, and writes knowledgeable letters to the justices, asking them questions in order to get interesting replies. He reads books and writes the authors, commenting at great length on his favorite passages. His letters are warmly humorous, and we’ve used several of them verbatim in Hi and Lois.”

The charming Sunday page above is an example of one of the gags inspired by Tim Dumas. It references a previous letter Ditto Flagston had written to baseball great Willie Mays.

The daily strip below is also based on a Tim Dumas letter he wrote to New York Mets star Tom Seaver.

Next week we will moving into 1973 in our Timeline series so be sure to check back.