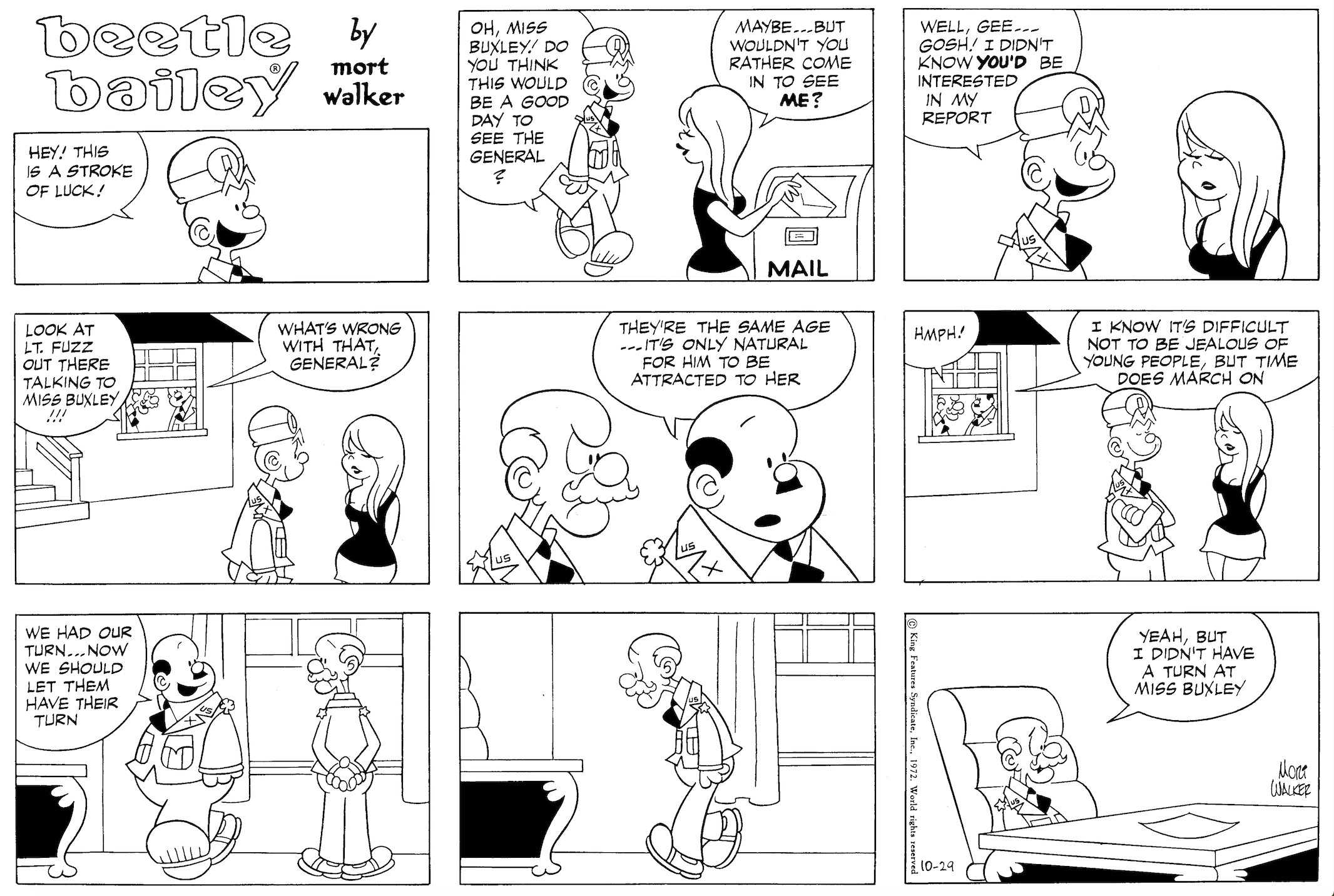 Miss Buxley is General Halftrack’s secretary. She was first introduced in Beetle Bailey on November 17, 1971.

Mort Walker claimed that he had no intention of making her a regular character but discovered that readers liked her. He started using her more and more and eventually she was featured one day a week.

The episode above was her first appearance in a Sunday page. (We do not have a color proof in our archives).

Then, in 1982, the response took a new twist. Letters began pouring in from feminists claiming that Miss Buxley was a “sexual stereotype” and Mort was promoting sexual harassment. They pressured a few editors to cancel the strip, which caused an even bigger furor. Opinion polls were held in many newspapers and a majority of readers claimed they like Miss Buxley. Magazines and newspapers ran articles about her and Mort did many radio and TV interviews.

Eventually Mort was convinced to modify Miss Buxley’s attire and sent General Halftrack to sensitivity training to learn how to behave properly in the office.

The complaints have ended but Miss Buxley remains one of the most popular characters in the strip.

Next week we will move to 1973 in our Timeline series so be sure to check back.